A FURIOUS homeowner has told how he has been forced to jet-wash his own house because lorries driving to an under-construction estate are leaving it covered in muck.

Luke Roberts' terrace in Ripley, Derbys, is just 50 yards from the entrance to the new housing development, which sees a constant stream of HGVs, tipper trucks and cement mixers daily. 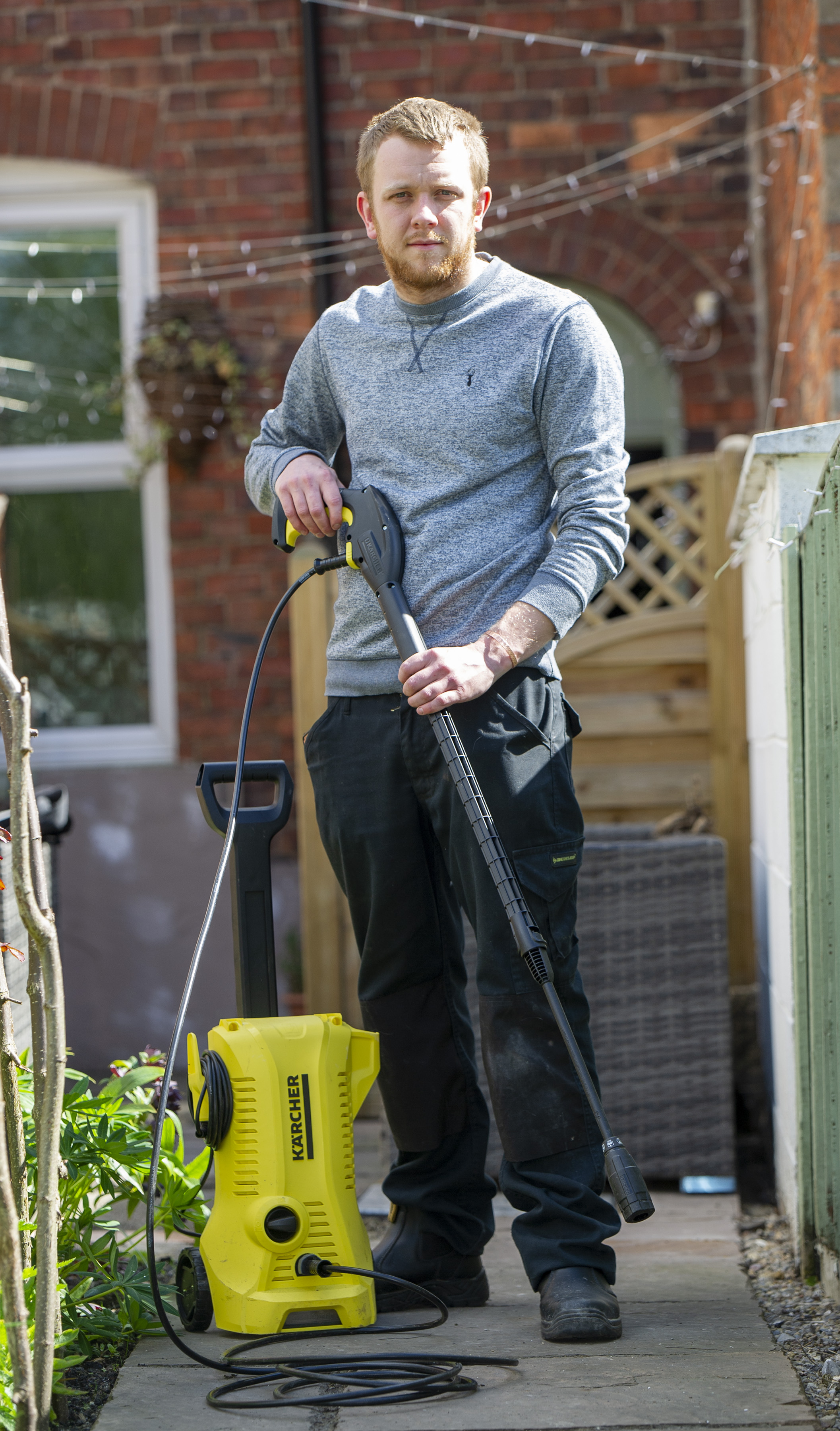 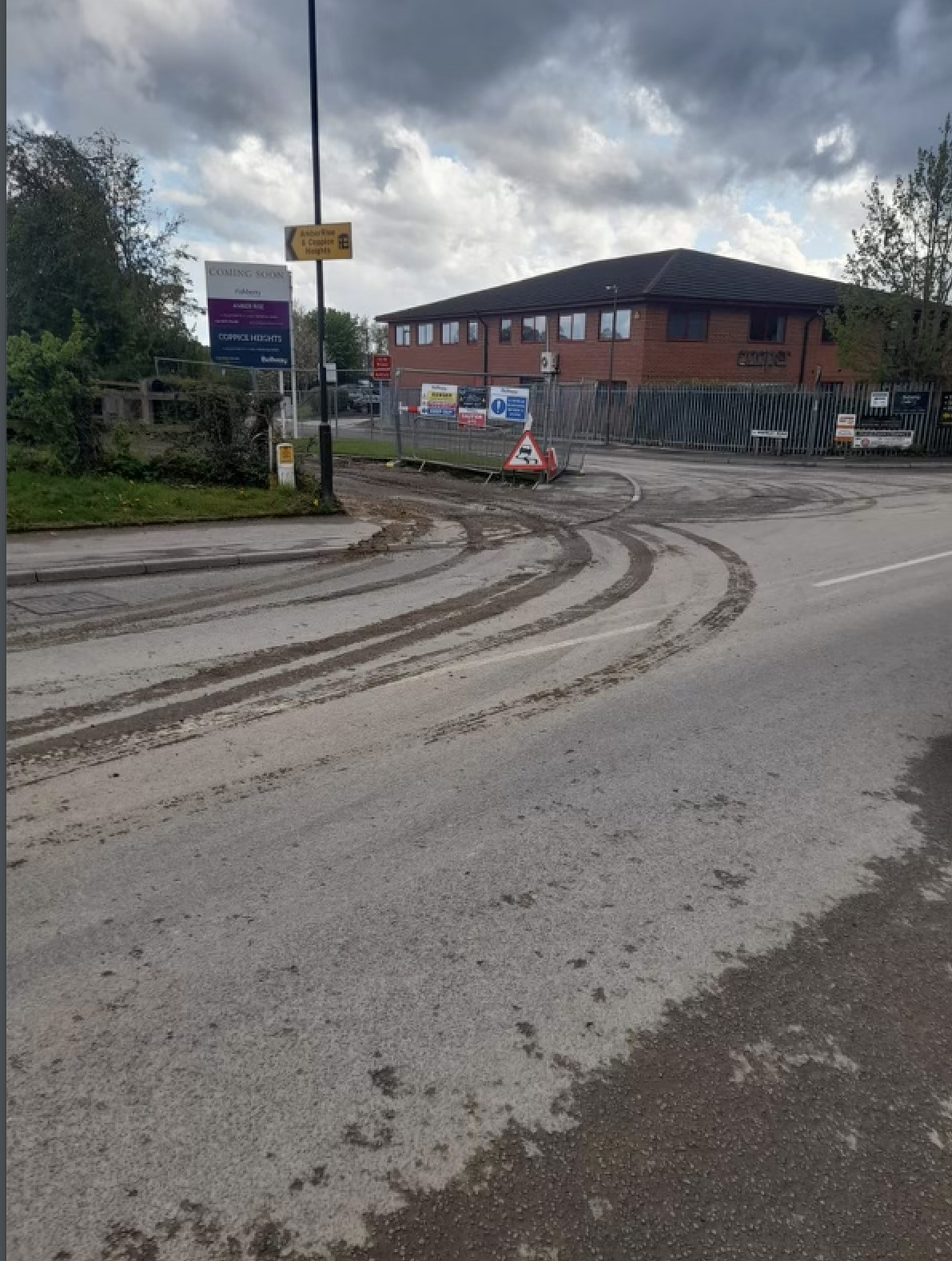 The heavy traffic is making life a "nightmare" for locals, who say it is coating their cars and properties in mud and dust.

Luke is even considering selling his home – but fears no-one would want to buy it while the construction work is going on.

"We have a lorry, dumper truck or cement mixer coming and going every two minutes or so, which obviously adds up to a lot over the course of a working day.

"When they leave the site the wheels are coated in mud, which they then leave all over the road.

"Other vehicles then drive through it, and your house and car just get covered."

He continued: "I dread it when rain is forecast – if you get in your car after that, you can’t see out the windows. There is just a film of mud everywhere. It's disgusting.

"It got so bad I had to pressure wash the front of my house just to get it clean.

"And if it’s sunny, the mud dries and then just turns to dust, so you can’t have your windows open. 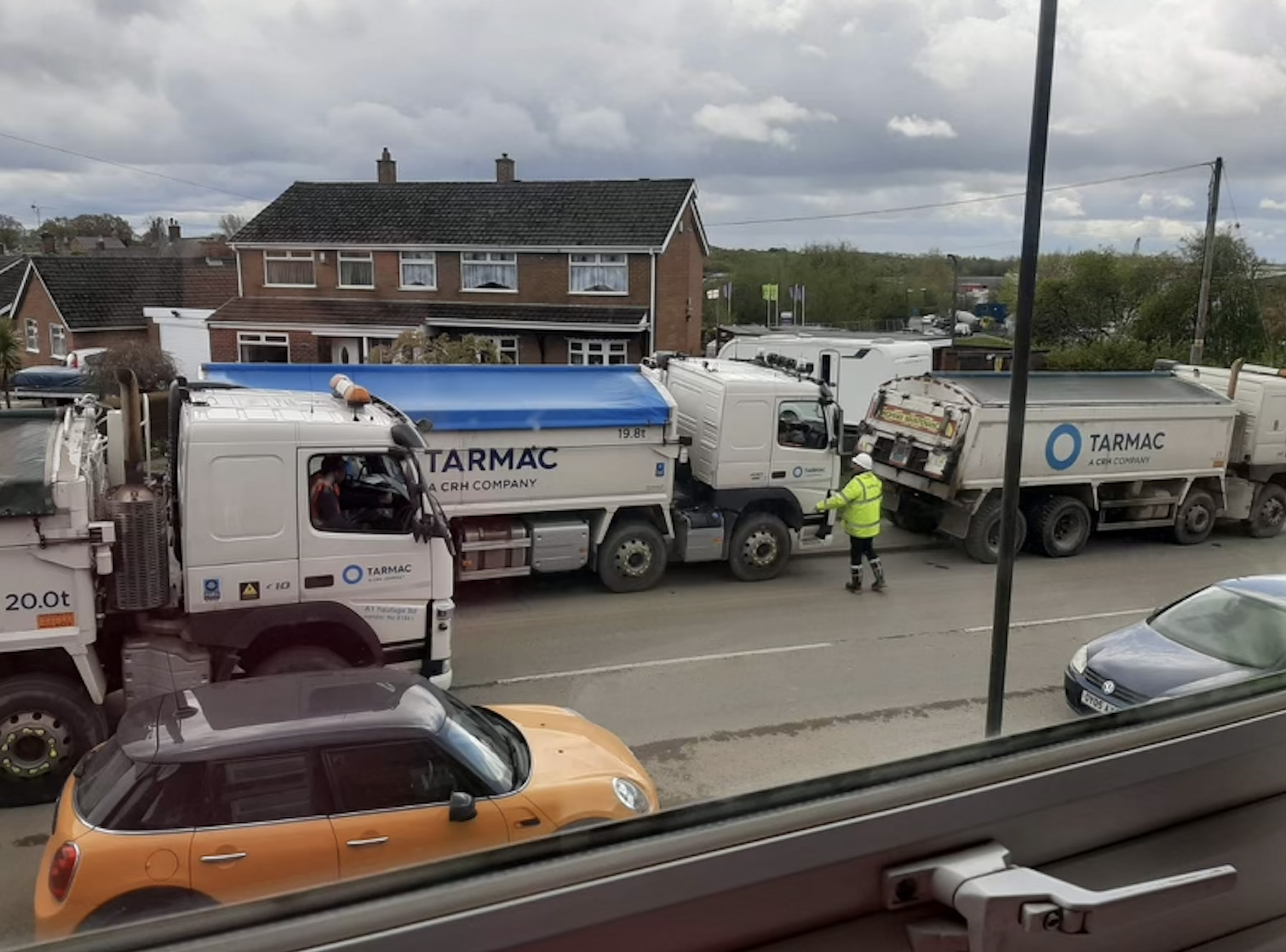 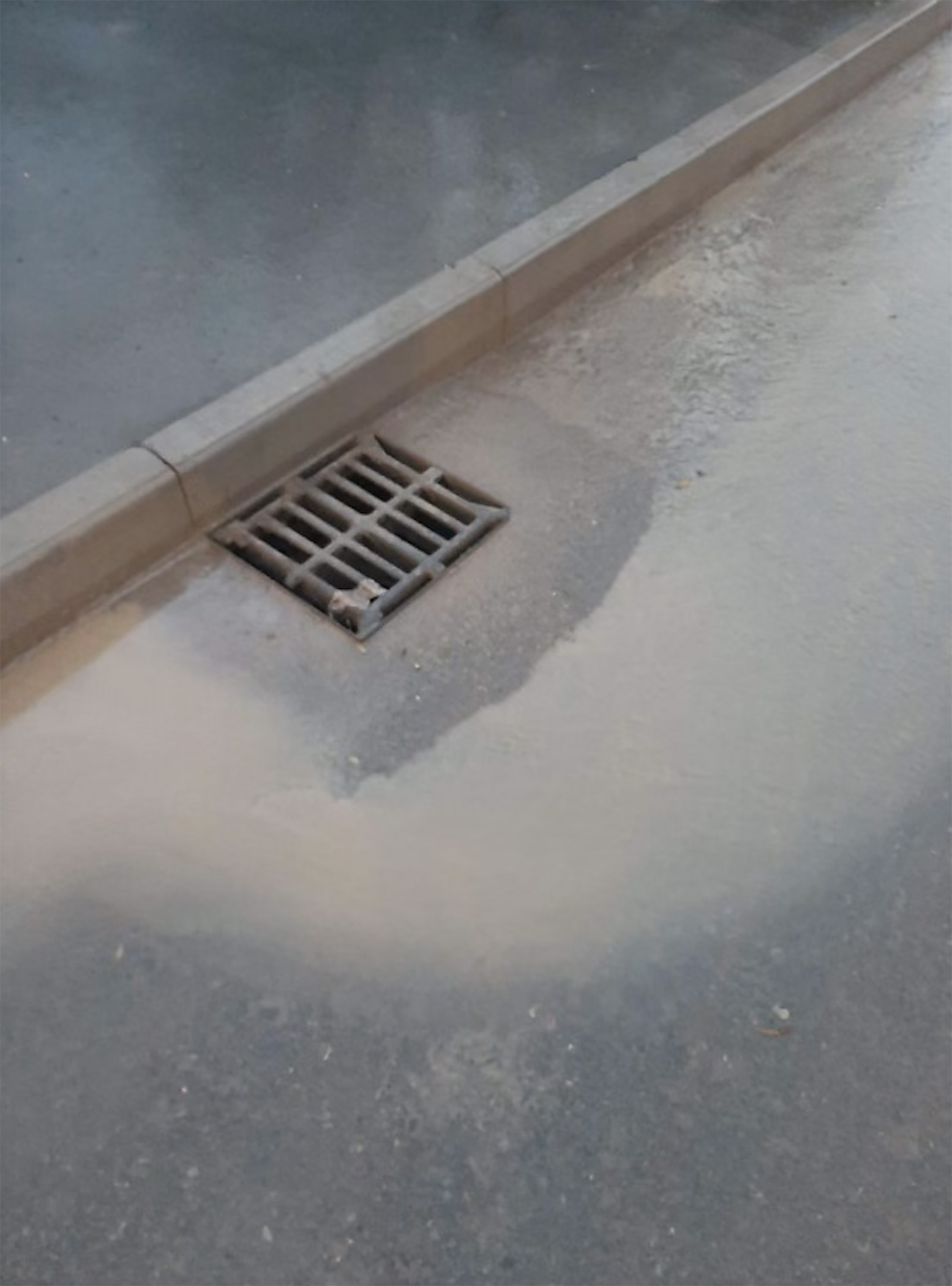 Work on the 400-home Coppice Heights site started earlier this year – with developer Bellway providing only a single road sweeper to clean up the dirt left by lorries as they leave.

Trucks are also blocking the road and pavement, claim residents, who face up to two more years of disruption.

Luke said: "This is going to be happening for at least another couple of years. It’s gutting, to be honest.

"I've been here for six years and had never thought about selling my home before, but I am now.

"The problem is, any potential buyers would probably be put off by what is going on."

Luke said he doesn't blame the lorry drivers as "they're just doing their jobs".

Instead he points the finger at Bellway, which "doesn't care about local people or the impact this is having", only "how quickly it can build homes to sell".

He added: "I understand that we need new homes, and that they have to be built somewhere, but Bellway just isn’t doing enough to lessen the effect on the local community.

"They say they are using a road sweeper to help, but it just cleans the area around the junction where the lorries turn in to the development every so often, then parks up again.

"It’s a long road that the mud is being left on – one road sweeper at the bottom is like fighting a fire with a garden hose."

And it isn't just the mud and traffic. Luke also fears for children attending the school halfway up the road.

"I’m really worried that a child is either going to be hurt or even killed. The roads are so busy, and now really slippery too," he added. 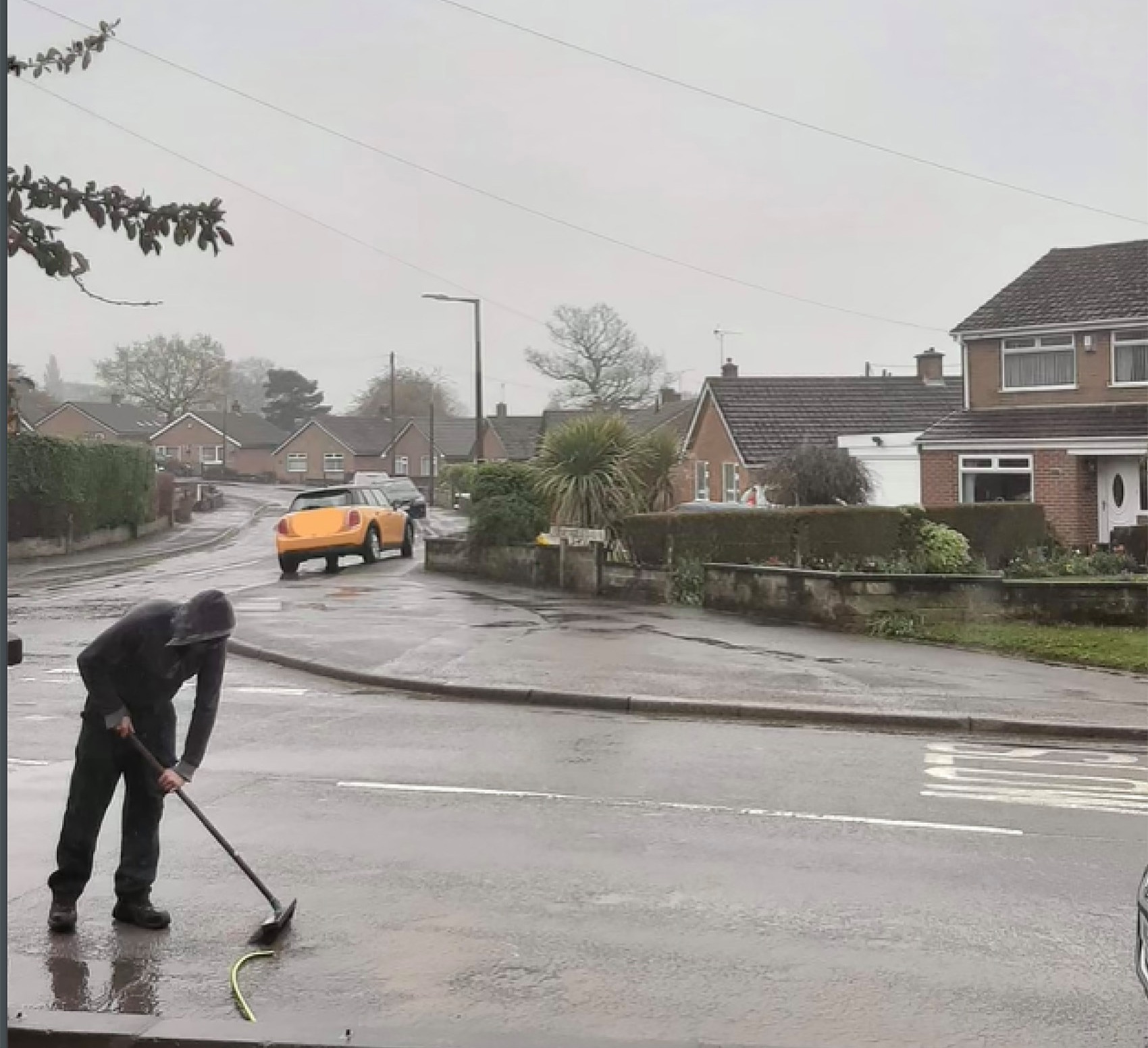 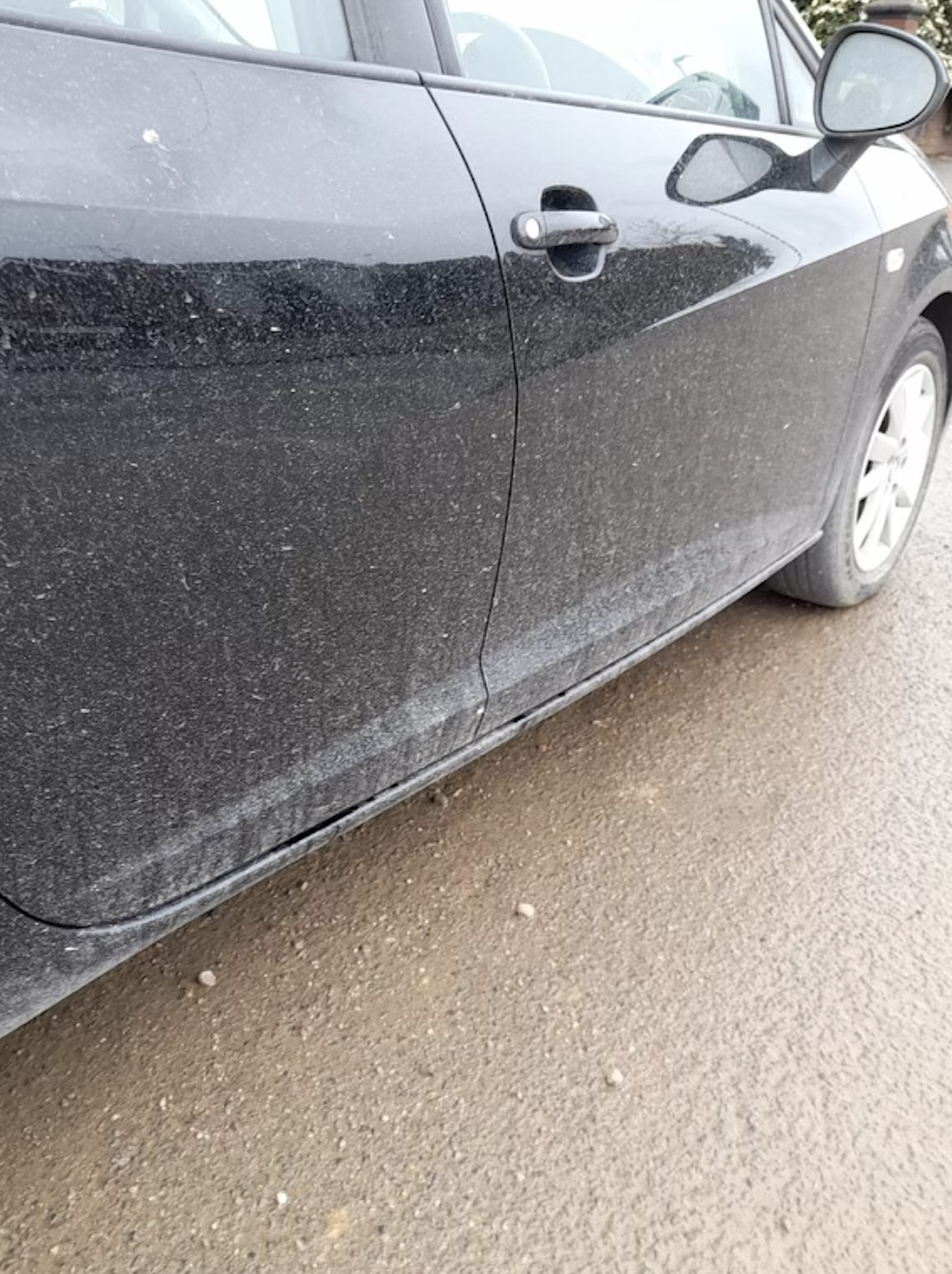 Another local, self-employed Kaylea Morley, 32, is also getting fed up and described the situation as "an absolute nightmare".

She said: "You wash your car and it’s dirty five minutes later. We are having to pay to wash them all the time.

"Everything is just coated in muck, it’s awful. The windows and front door are constantly filthy.

"The road sweeper doesn’t really do anything. The thought of this going on for another couple of years isn’t nice at all."

Everything is just coated in muck, it’s awful. The windows and front door are constantly filthy.

A third, Thomas Walker, 73, said: "It's ruining the area. The roads are left covered in mud, like a farm track.

"I don't think the developer is really bothered, because they don't seem to be doing much about it.

"It's not good enough – they should take some responsibility."

A spokesman for Bellway said: "As a responsible developer, Bellway is taking all possible precautions and actions to ensure existing residents in Ripley aren’t affected by our construction work at the Coppice Heights development.

"As well as using a road sweeper five days a week, for eight hours a day, Bellway has also designated a specific construction traffic route through the site to suppress as much disturbance to the area as possible.

"Bellway has also offered to sweep the carriageway of Peasehill Road as a gesture of goodwill to residents, and notified all residents of this gesture via a letter drop.

"Bellway remains committed to maintaining this high level of respect for the residents in Ripley for the duration of construction work at the Coppice Heights development."

The firm won final planning approval from the council for the site in August last year – with outline permission having been granted at a heated borough council meeting in December 2018.

forced, Furious:, Homeowner, je, to
You may also like:

Traffic is heavier than BEFORE the pandemic