Putin mouthpiece hits out colleague says 'Why are we doing this?'

Mr Scholz urged Russian President Vladimir Putin in a phone call on Tuesday to find a diplomatic solution for the conflict in Ukraine based on a ceasefire and the complete withdrawal of Russian troops as soon as possible, a German government spokesperson said. In the 90-minute call, Mr Scholz emphasised the need to ensure the safety of the Zaporizhia nuclear power plant in Ukraine and appealed to Putin to continue to fully implement the United Nations-backed grain agreement, spokesperson Steffen Hebestreit added.

“The Federal Chancellor emphasised that any further Russian annexation steps would not go unanswered and would not be recognised under any circumstances,” Mr Hebestreit said in the statement, adding that Chancellor Scholz and President Putin agreed to remain in contact.

The phone call came as Ukraine has set its sights on freeing all territory occupied by invading Russian forces after driving them back in a speedy counter-offensive in the northeast and there are indications of more US military aid on the way to back Ukraine’s mission.

In an evening address, President Volodymyr Zelensky said around 8,000 square km (3,100 square miles) have been liberated so far, apparently all in the northeastern region of Kharkiv. 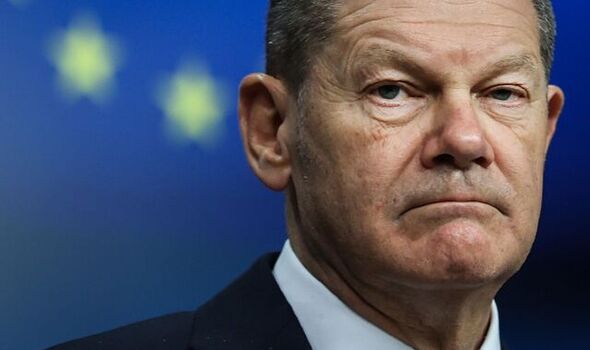 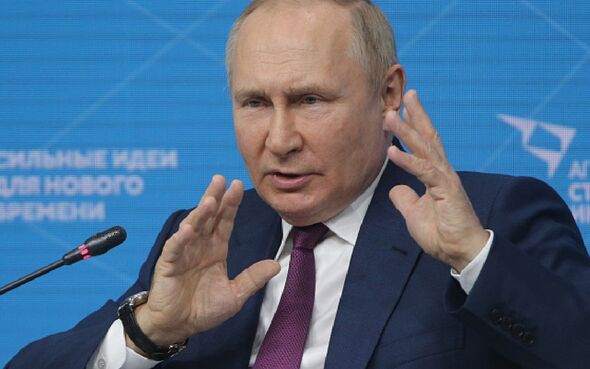 Reuters was not able to immediately verify the full scope of battlefield successes claimed by Ukraine. The total area cited by President Zelensky is roughly the size of the Greek island of Crete.

Since Moscow abandoned its main bastion in the northeast on Saturday, marking its worst defeat since the early days of the war, Ukrainian troops have recaptured dozens of towns in a stunning shift in battleground momentum.

In Washington, the White House said the United States is likely to announce a new military aid package for Ukraine in “coming days”. Russian forces have left defensive positions, particularly in and around Kharkiv, the second largest city in Ukraine, a US spokesperson said.

Russian forces still control about a fifth of Ukraine in the south and east, but Kyiv is now on the offensive in both areas.

Ukrainian flags had been raised and a large crowd gathered to receive bundles of humanitarian aid.

A shopping centre had been destroyed but many buildings remained intact, with shops closed and boarded up.

“The aim is to liberate the Kharkiv region and beyond – all the territories occupied by the Russian Federation,” Malyar said on the road to Balakliia, which lies 74 km (46 miles) southeast of Kharkiv.

The Kyiv government fears Russia will step up attacks on its energy networks as winter approaches and is pleading for anti-aircraft technology from the West to protect the infrastructure.

Ukraine’s military on Tuesday accused retreating Russian soldiers of stealing at least 300 private cars loaded with looted property as they fled. The Russian defence ministry did not immediately reply to a request for comment.

During the day, Ukrainian forces repelled enemy attacks in six towns and settlements to the north of Donetsk, the general staff said, but made no mention of captured territory.

The Ukrainian advance could soon spread into Luhansk and Donetsk provinces, where Russia has concentrated its forces for months to expand territory held by separatists since 2014.

The Ukrainian governor of Luhansk, Serhiy Gaidai, said troops had already retaken the city of Lyman in Donetsk. He identified Svatove in Luhansk further east as the likely next battle front. Reuters could not verify the reports.

A video from Ukraine’s border guard service showed what it said were Ukrainian troops liberating the town of Vovchansk near the Russian border, burning down flags and tearing down a poster saying “We are one with Russia”.