Sixteenth century thatched cottage Half Moon House was once the bustling village pub and post office in Manaton, south Devon.

Romance author Daphne’s sister Jeanne du Maurier lived there for more than 40 years until her death in 1997 and was left to the Trust three years ago when her partner Noël Welch died.

The charity had planned to carry out essential repair work including making the building watertight in 2020 but had to put it on hold owing to the pandemic. 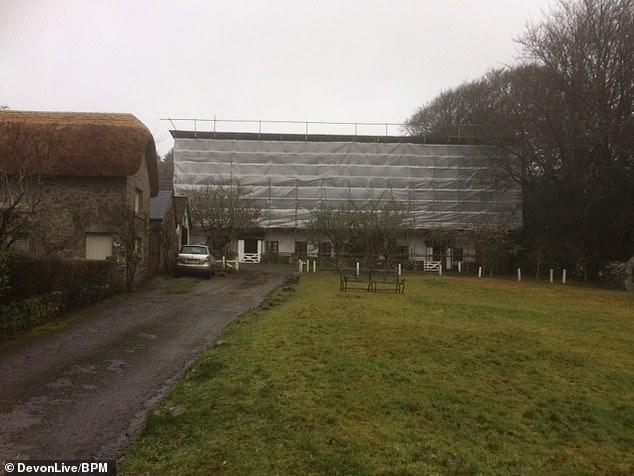 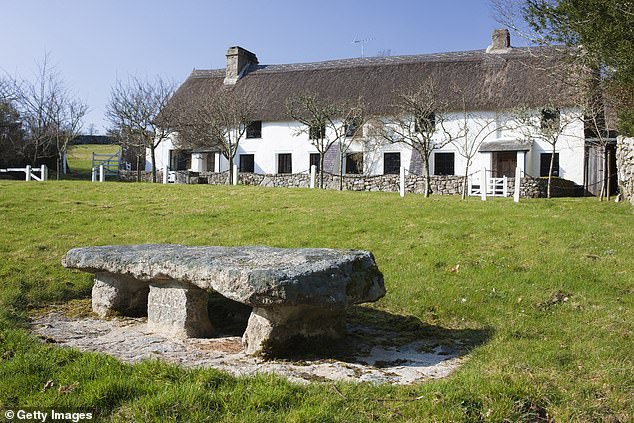 To protect the Grade II listed building, it was wrapped in a temporary protective wrapping.

But the move has angered the village’s residents who describe it as an ‘eyesore’.

Phil Thomas said: ‘The whole village is up in arms.

‘The building has no real merit apart from its position, at the top of Manaton Green, in this idyllic Dartmoor village setting surrounded by thatched cottages.

‘The National Trust owned it for about three years and then suddenly, without any consultation with the parish council, they have encased it in cling film and created this monstrosity. 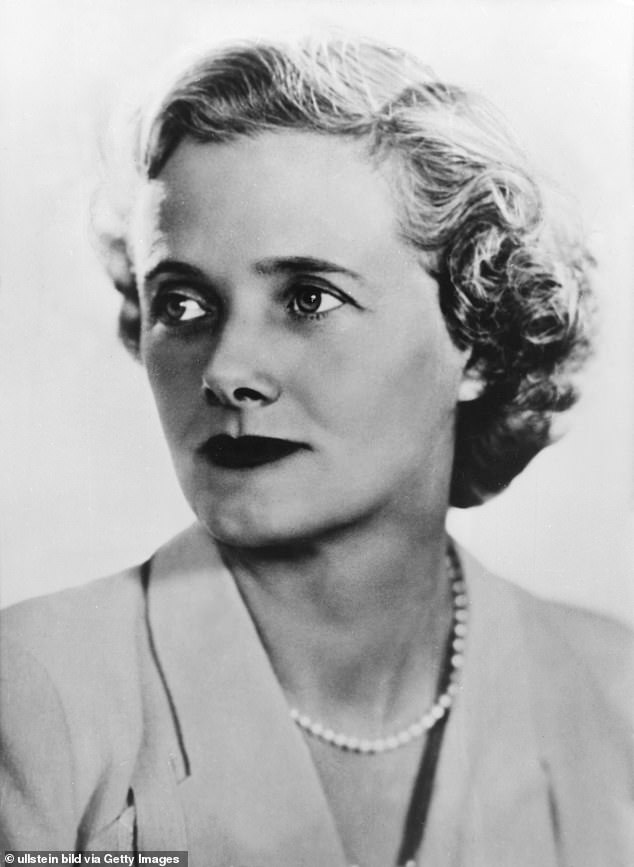 ‘Because it’s supposed to be temporary they haven’t applied for planning permission – but we understand that it might be left like that for two to three years. The parish council were not told, or even consulted.

Daphne du Maurier was born in 1907 to two famous actors – Sir Gerald du Maurier and Muriel Beaumont. Her elder sister Angela also became a writer, and her younger sister Jeanne was an artist.

Some of her most popular works include Jamaica Inn (1936) and Rebecca (1938), both of which have been made into hit films with Rebecca winning an Oscar for Best Picture in 1941.

Her first novel, The Loving Spirit, was published in 1931, and she went on to have almost 30 more works of fiction published, including novels The Scapegoat, The House on the Strand, and The King’s General, and short story The Birds.

She was often called a romantic novelist, though hated the term herself, and many of her stories did not follow the traditional format of a romantic novel in that they did not have happy endings.

Her short stories, meanwhile, were often works of terror, and some were said to be ahead of their time. This includes The Doll, a tale she wrote when she was 21 about a mechanical sex doll.

Du Maurier also ventured into play writing – she adapted Rebecca for the stage, and wrote two others, The Years Between and September Tide.

She moved into non-fiction as she got older, writing biographies of her own ancestry.

She married Major Frederick Browning, who later became a Lieutenant General, in 1932, and had three children with him.

‘Residents who live on the green were dumb-struck. Nobody had the manners to even talk to the neighbours.

‘We want to know how long it’s going to be there and why this was allowed without consultation.’

Retired builder Jim Crout said relations between the residents of Half Moon House and the village residents were strained for several years.

He added:’ Everybody can blame the coronavirus for everything at the moment but it’s a lot of baloney.

‘When they were alive they objected to every single thing that local people wanted to do – they were never a part of village life.

‘And now they’ve died and we’ve been left with this horrible sight on the green – it looks terrible. Why should we put up with it?’

Jeanne du Maurier lived there from 1954 until her death in 1997 and her partner Noël Welch was allowed to remain in the property after it was given to the trust until her death three years ago.

Daphne du Maurier’s enduring novels were often based around the West Country, where she lived most of her life.

‘As a result of the crisis, the trust has needed to make budget cuts after almost every aspect of its income was impacted by the pandemic. This has meant stopping or deferring projects.

‘The National Trust has been undertaking a huge amount of research into the significance of the building, cataloguing and completing condition surveys for the collection, carrying out conservation cleaning and providing custodial care and security for the property.

‘At Half Moon House, plans to carry out essential repair work in 2020, including to re-thatch and make the building watertight, had to be put on hold. We were able to erect the scaffolding and plastic protective wrapping to protect the building from inclement weather and subsequent decay (particularly the thatch).

‘We thank everyone for their patience and support during these difficult times.’

as, fury, H, national, trust, Wraps
You may also like: