He quoted the late South African president saying freedom meant living in a way that ‘respects… the freedom of others’.

The controversial Bill passed by Holyrood last week will ‘advance rights in keeping with Nelson Mandela’s wise words’, according to Mr Robertson.

UK ministers are mulling whether to intervene after the Scottish government forced through removing the need for a medical diagnosis of gender dysphoria before applying to change gender, as well as lowering the minimum age to 16. 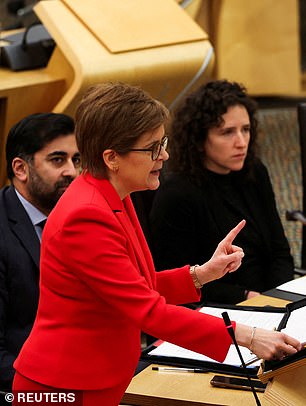 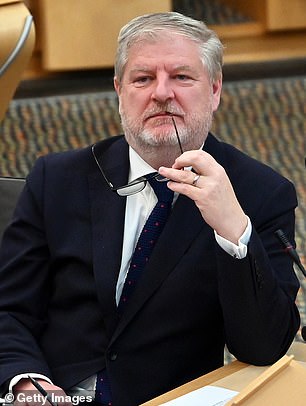 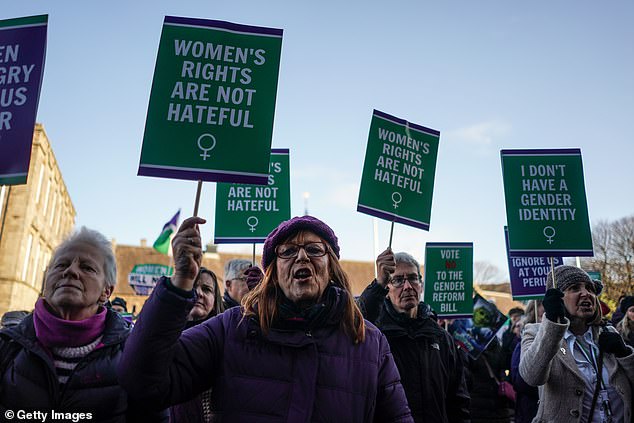 There are concerns that having different rules in Scotland and the rest of the UK could cause chaos and even ‘gender tourism’.

A Scottish Tory spokesman said: ‘This is an absurd parallel for Angus Robertson to draw.

‘The majority of Scots oppose this legislation precisely because it curtails the freedom of women and girls by risking their safety and security.’

Mr Robertson drew the parallel in his column for the Edinburgh Evening News.

He wrote: ‘To quote Nelson Mandela, ”to be free is not merely to cast off one’s chains, but to live in a way that respects and enhances the freedom of others”.

‘In passing this legislation, I fervently believe the parliament and the people of Scotland have taken one more step in doing just that.’

Former Scottish Labour leader Johann Lamont said: ‘To state the obvious, the pomposity is risible. But quoting Mandela is offensive.

‘Women’s views on the danger of predatory men dismissed; sex offenders’ ability to self-identify into women’s prisons prioritised; women survivors of sexual abuse not heard. Nothing to be proud of there.’

Feminist group For Women Scotland also criticised his comments, saying: ‘Last week it was a minor admin change. This week, Angus thinks he’s up there with Mandela and has done the equivalent of ending apartheid.’

Responding to the criticism, a spokesman for the Scottish Government said: ‘This legislation simplifies and improves the process for a trans person to obtain a gender recognition certificate – which many currently find intrusive, medicalised and bureaucratic.’

Meanwhile, a petition calling for the Equality Act to recognise biological sex, and not sex ‘as modified by a gender recognition certificate’, has gathered more than 60,000 signatures, guaranteeing a response from the UK Government.

It was lodged by campaigner Maya Forstater of Sex Matters, which opposes the transgender reforms, who said: ‘The UK Government… should block the passage of the Scottish Bill to Royal Assent.’