One thing we know about the future; there will be more pandemics. And one thing is certain of the present; it’s not just Scott Morrison who should be subjected to scrutiny.

Premiers, chief ministers, the squadron of health bureaucrats and the legion of assorted experts should line up to be part of an all-in royal commission into the pandemic response. This generation, and every one that follows, is owed a forensic examination of what worked, what failed and how power was exercised. 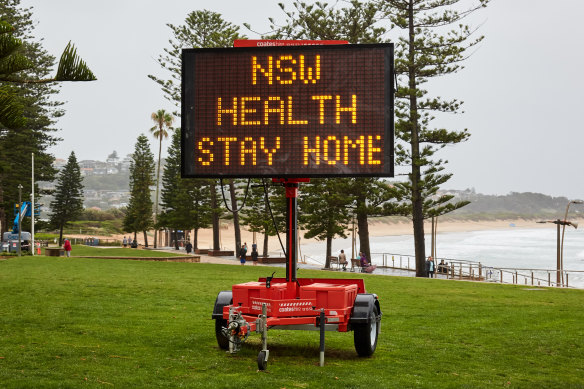 A digital sign at the Dee Why beachfront last December during Sydney’s northern beaches lockdown.Credit:Getty

Because if the pandemic and the federation-wide response is not worthy of an inquiry then nothing is.

Take one example as a guide. The Albanese government has, rightly, signalled it will call a royal commission into the robo-debt debacle, where unlawful debts were issued to 443,000 people. A court found the Commonwealth owed compensation of $1.8 billion, including interest.

By comparison, Australia’s entire 26 million-strong population was affected by the pandemic and the diktats it spawned from every level of government. It radiated out to include temporary and prospective migrants, international students and tourists. The international border closure helps explain our chronic worker shortage.

The federal government spent $343 billion in the crisis. Of that, $314 billion was on economic support and $29 billion on health. State spending on stimulus payments alone adds another $223 billion.

So, easily more than half a trillion dollars was borrowed and all of it will have to be repaid with interest by future taxpayers; the vast bulk by young workers, their children and those as yet unborn. The chances are better-than-even that future governments will reward them for this effort by cutting services in the hunt for savings. 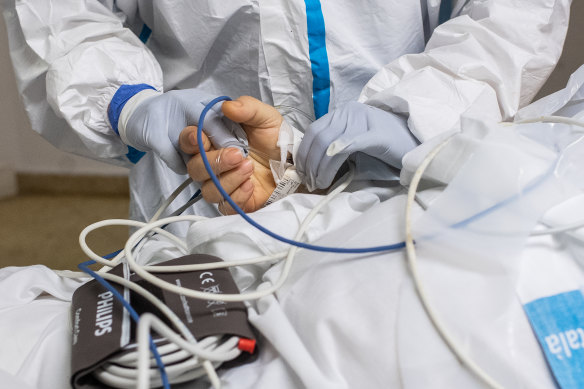 Of the $343 billion spent by our federal government so far on the pandemic response, only $29 billion has been spent on health.Credit:Getty

The Reserve Bank also unleashed its monetary firepower, reducing the cash rate to a record low 0.1 percent; and, in a novel step, buying government bonds in the investor market.

In sum, not only did the Reserve Bank cut the cost of cash to near zero, it effectively printed $350 billion worth of Australian currency and sprayed it into the marketplace on top of the government spending.

The people who benefit most from this sort of environment are typically those who already have money. One effect of this tsunami of cash was to supercharge the housing market and encourage investors to pour into it. So, the already high cost of housing rose to absurd levels, punishing the young and houseless. Again.

Here’s the rub. The vast majority of this money was not spent on health, it was the ship-surgery cure for the undeclared, state-led and doomed-to-fail policy of COVID-zero. Government-ordered restrictions put the economy, not the disease, into a coma. Once that was done it demanded the world’s most expensive life-support.

If there is a better path than this in future, is that not worth knowing?

But the biggest costs aren’t measured in cash. They include the businesses destroyed, the isolation of the vulnerable, the families separated and unable to farewell their loved ones, and the children of the poor who couldn’t learn from home. Others carry mental scars. The iatrogenic harm inflicted by the “health advice” will linger for decades.

And then there is the question that now hangs over Morrison: was power abused? This is something that demands to be asked of every level of government. Democracies should take a long pause before they extinguish the rights to freedom of movement and association, but these were treated as disposable trinkets by leaders and health bureaucrats.

In the wake of the Spanish flu, there was a royal commission on health that reported in 1926. Among its final paragraphs, it noted: “In efforts to prevent disease it is almost an axiom that voluntary co-operation between the individual and the administration is more effective than attempts at compulsion, especially when the individuals have an intelligent comprehension of what is necessary.”

What was necessary was to defend the most vulnerable and allow those unlikely to be threatened by it to take informed, voluntary precautions.

But even after more than 90 per cent of the population was vaccinated, the message was still one of fear from our health officials and governments, who have clung to their emergency powers like a comfort blanket.

We need a clear-eyed account of what happened because here, something Morrison has said rings true: we should not place our trust in governments. As American statistician W Edwards Deming cautioned, “In God we trust, all others bring data.”