SOCIAL media network Gab has been suspended from Twitter after tweeting anti-Semitism means ''anything Jews don't like.''

It comes as the free speech site tweeted on Wednesday that their platform would not ban anti-Semitic posts. 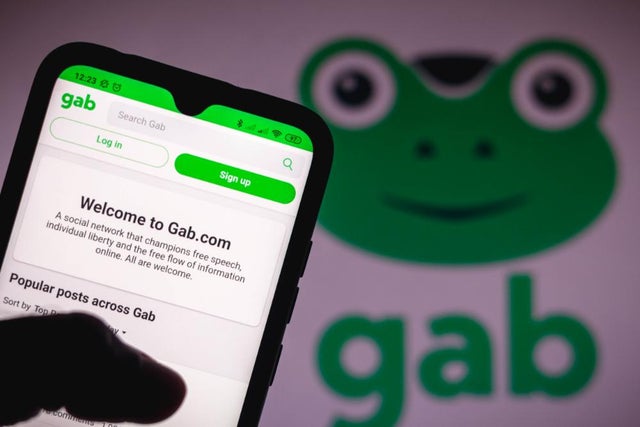 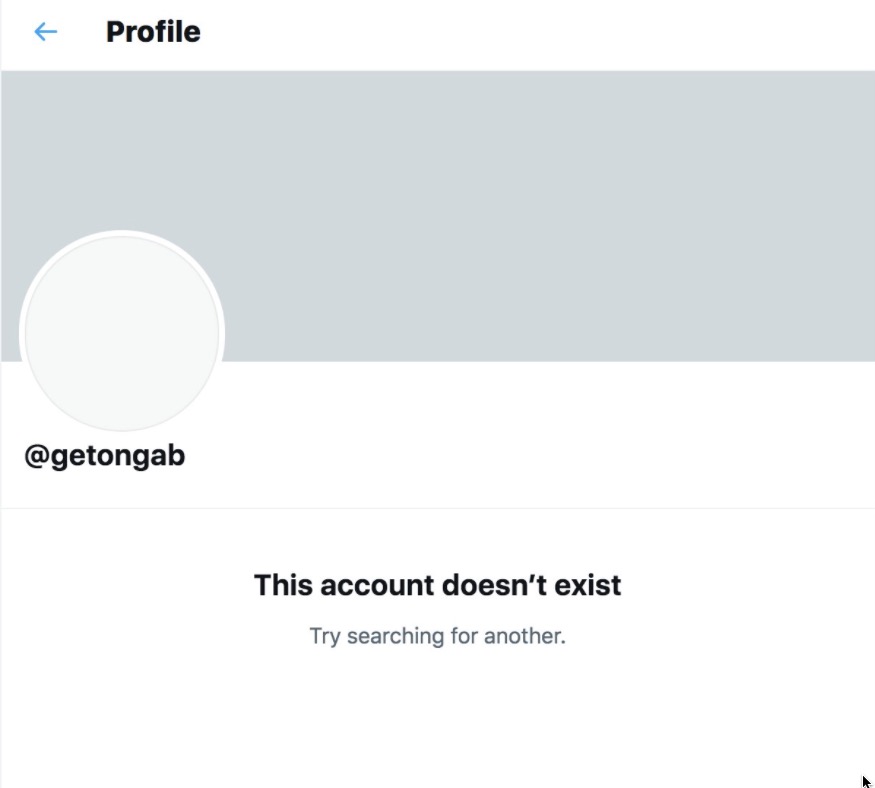 The post reads: '''Anti-semitism' has become 'ban and censor anything Jews don't like,' and well that's not gonna fly on a pro-first amendment, pro-free speech website. Sorry.

''No special privileges on Gab for any groups.''

Seattle-based talk show host Jason Rantz said he was blocked when he replied to the post.

He tweeted: ''Gab can defend anti-Semitism all day but note the ''pro-first amendment pro-free speech website'' blocks you from directly replying to them.

''Also: I didn’t say censor Gab. I said I don’t go there because it’s filled with too much hate. But that statement from a Jew triggers them.''

On their homepage, Gab describes itself as "a social network that champions free speech, individual liberty and the free flow of information online".

"At Gab, we believe that the future of online publishing is decentralized and open.

"We believe that users of social networks should be able to control their social media experience on their own terms, rather than the terms set down by Big Tech," the company explains.

Gab ends their introduction by stating, "All are welcome".

The social network is known for it's far-right userbase, and is widely described as a haven for extremists. 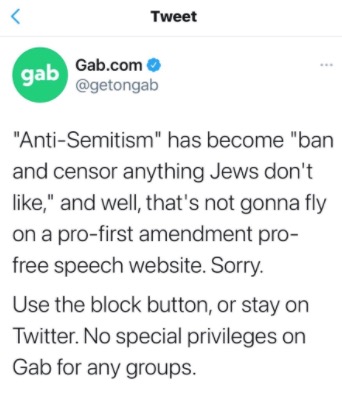 The platform is criticized for attracting users and groups who have been banned from other social media and seeking alternatives.

Among its millions of users is Donald Trump who shared his first post in February.