GABBY Petito's autopsy press conference descended into chaos on Tuesday as a journalist was hacked and the coroner targeted with violent and homophobic threats.

Dr Brent Blue from the Teton County coroner's office was answering reporter questions after revealing that Gabby Pettio's cause of death was homicide by strangulation. 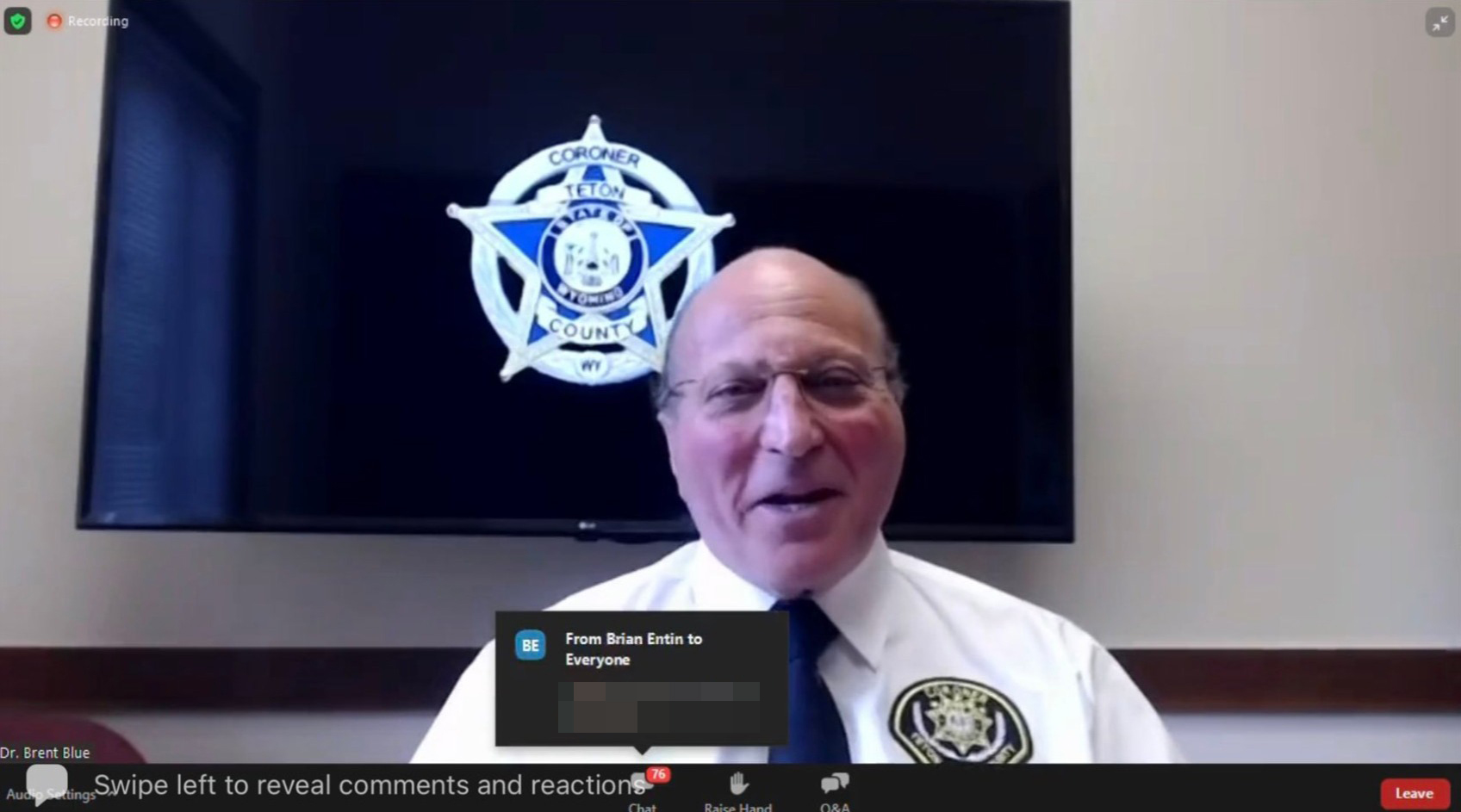 The account of Brian Entin, a high-profile Florida reporter covering the case, was taken over and began sending Dr Blue threatening messages.

"Someone hacked my name on the coroner's chat and asked horrible things I'm told. That wasn't me," he wrote.

"It was in the chat section where questions were typed."

The message first began by asking for Entin's microphone to be unmuted.

When the account remained on mute, the messages became more aggressive saying "I'm gonna sue you f**king c**t" and "hope you get homicided [sic] you f****t."

It is unclear who is behind the hack.

Entin had asked questions earlier in the briefing without incident.

Dr Blue revealed earlier in the briefing that Gabby Petito died of strangulation.

He also confirmed that she was not pregnant when she died but could reveal no further details.

The cause of death and manner of death are the only details legally revealed from an autopsy in Wyoming.

Information such as the toxicology report is not disclosed by the coroner.

Dr Blue would not comment on a potential suspect in her murder.

He would also not comment on her missing boyfriend Brian Laundrie.

The 23-year-old is already named as a person of interest.

The Laundrie family lawyer issued a statement after the briefing.

"Gabby Petito’s death at such a young age is a tragedy," it read.

"While Brian Laundrie is currently charged with the unauthorized use of a debit card belonging to Gabby, Brian is only considered a person of interest in relation to Gabby Petito’s demise.

"At this time Brian is still missing and when he is located we will address the pending fraud charge against him," it added.

A warrant was issued for Laundrie's arrest on September 24 after a grand jury charged him with misuse of a bank card that wasn't his.

An attorney for the Petito family revealed it was her card.

It was reportedly used between August 30 and September 1.

The FBI initially said that they believed Gabby's date of death was between August 27 and August 30.

She was last seen in a restaurant in Wyoming with Laundrie on August 27.

He returned to Florida in her van without her on September 1 and hired a lawyer.

Gabby was reported missing by her family on September 11 but Laundrie did not cooperate with the cops.

He was last seen on September 13 when his family said he went on a hike in the Carlton Reserve.

The area is being searched by the FBI while Dog the Bounty Hunter has mounted a search in Fort De Soto park after reportedly receiving a tip.