Gang rapist Mohammed Skaf will be released from prison next month and subject to intense monitoring after the State Parole Authority concluded it was the best way to protect community safety.

The parole authority said Skaf – 17 at the time of the gang rapes of at least six schoolgirls in Sydney alongside his brother and 14 other men in 2000 – would be subject to stringent conditions and 24/7 electronic monitoring. 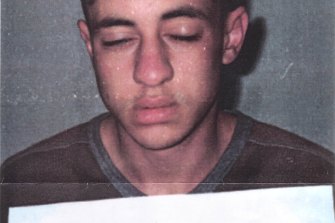 Mohammed Skaf was convicted for his role, as a 17-year-old, in a series of gang rapes in 2000.Credit:NSW Police

Now aged 38, Skaf’s prison sentence will expire in January 2024 and the parole authority has been deliberating over how to return him safely to the community.

The authority said it was better to have him released and supervised ahead of his sentence expiring, at which point he will not be monitored or subject to strict conditions.

“This is the only opportunity to supervise a safe transition into the community in the small window of time that we have left,” parole authority chairman David Frearson, SC said.

The other option for community reintegration – gradually using external leave from prison to do community work and training programs – was ruled out after Corrective Services NSW suspended the activities due to the Delta variant outbreak.

Any breach of the conditions will result in him being returned to custody.

Parole was granted after he completed a program called Real Understanding of Self-Help (RUSH), which is intended to help him manage his emotions and interactions with others.

In a statement, the parole authority acknowledged the distress the decision may cause Skaf’s victims and the wider community.

“Careful consideration has been given to the difficult task of reintegrating him into the community,” the statement said.

The state, which previously argued against parole, dropped its opposition subject to Skaf facing strict conditions.

Authorities maintain concerns about Skaf’s attitude to his violent sexual offences and believe he poses a “well above average” risk of reoffending.

Skaf has consistently blamed his victims and denied his guilt, despite intensive treatment in custody, authorities say.

The 16-year-old victim of one attack was a friend of Skaf, whom he lured to Greenacre’s Gosling Park. The girl was pinned down as Skaf’s brother and another man raped her while others watched. A gun was held to her head before she escaped.

Recently, Skaf has acknowledged that “perhaps” the victim did not provide consent and his thinking around the offence had changed, the state submitted to the parole authority.

Barrister Joanna Davidson, representing the state, warned in a submission to the parole authority that “he is yet to take full responsibility for his offending, any attitudinal shift is very recent and the extent of any such shift is debatable”.

b, gang, mohammed, Rapist, Skaf, to
You may also like: