A Georgia suspect who allegedly shot an officer at point-blank range has been killed by police.

The suspect – who has not been identified – was fatally shot Sunday night following a search that involved multiple law enforcement agencies. A Cobb County officer had responded to a domestic dispute in Acworth during the afternoon when the man pulled out a gun and started firing, police say.

Sgt. Wayne Delk told reporters at the scene that the officer was shot point-blank in the chest but was wearing a bulletproof vest. He was taken to a hospital with non-life-threatening injuries. 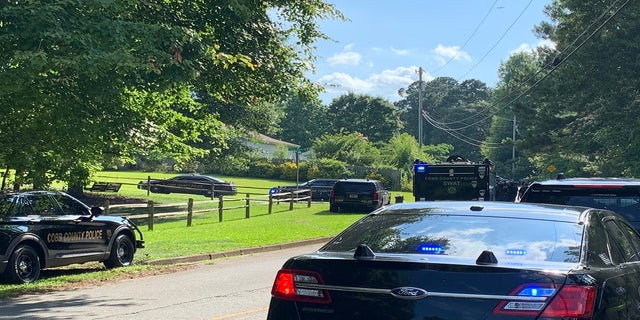 “Because of the vest it was not a life-threatening injury, but it would have been a lot worse had he not been wearing a vest,” Delk added, according to 11Alive News.

WSB-TV reports that dozens of officers from several police departments in the area and the Georgia State Patrol helped to look for the suspect. After an hourslong search, police fatally shot the man. 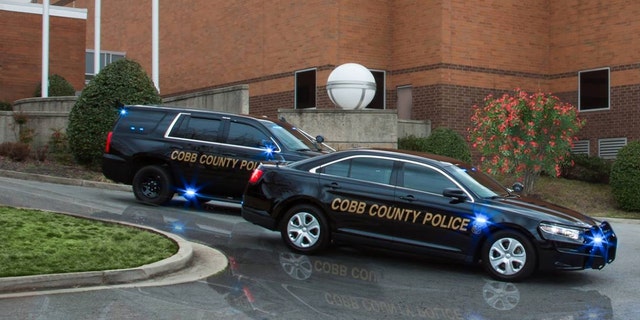 The Cobb County officer was responding to a domestic dispute when he was shot, police say.
(Cobb County Police Department )

“The search for the suspect has ended,” Cobb County Police said in a tweet. “A second officer involved shooting resulting in the suspect being shot and killed. No officers were injured.”

The Georgia Bureau of Investigation has since taken over the case.

Af, georgia, kill, police, suspect
You may also like: