Ghana’s mining minister will fly into Australia this week facing a barrage of questions over the government’s role in supporting a deadly Chinese state-linked mine, Shaanxi, and a $395 million lawsuit by Australian miner Cassius.

Samuel Jinapor, Ghana’s minister for natural resources, and the head of the Ghanaian Minerals Commission, Martin Kwaku Ayisi, will speak at the Africa Down Under conference in Perth on Thursday. 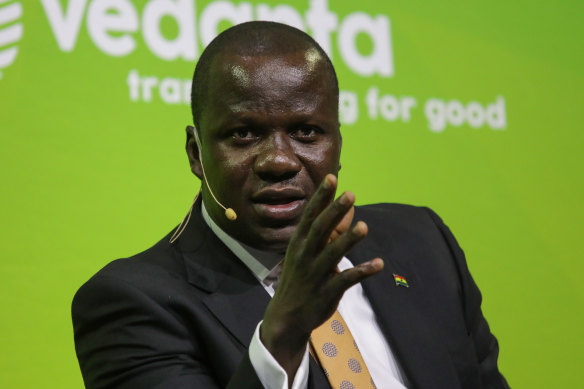 There they are expected to be confronted by Cassius directors in a last-ditch push for negotiations ahead of legal action in London later this year.

Neither was in their current role at the time of the incidents, but human rights groups and village leaders are also now pushing for a fresh inquiry and compensation over the deaths of dozens of miners.

Cassius has taken the Shaanxi mining company to a local court, but the case has been bogged down in delays and claims of corruption. Shaanxi has denied the allegations.

Cassius now claims that the Ghanaian government had knowledge of Shaanxi’s trespassing and theft, attempted to redraw boundaries in favour of the Chinese miner and failed to act on allegations of demonstrated corruption at senior levels of the government. 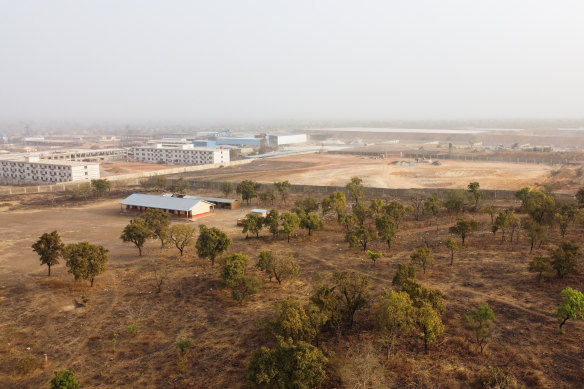 An aerial view of the Shaanxi Mining facility in northern Ghana.Credit:Francis Kokoroko

The Ghanaian government has yet to answer questions about its role in supporting Shaanxi’s mining which involved the alleged theft of tens of millions of dollars of gold by the Chinese state-linked mine and the collapse of Cassius’ operations in Ghana.

Jinapor became a minister in March 2021, two years after miners were allegedly gassed to stop them from taking gold at the site and four years after Shaanxi’s alleged theft from Cassius was first detected. Ayisi joined the Minerals Commission in September 2021. Both incidents have taken place under the government of President Nana Akufo-Addo. Jinapor and Ayisi will be spruiking Ghan’s mining investment opportunities at Perth’s Pan Pacific Hotel this week.

Berenice Owen-Jones, Australia’s incoming High Commissioner and Ghanaian officials met on Tuesday at the Ministry of Natural Resources in Accra. Ghanaian officials praised the role of Australian miners in Ghana and said Jinapor was “looking forward” to travelling to Perth.

But that relationship is now set to come under strain. Senior opposition MP James Agalga has called for a criminal investigation into the incidents at Shaanxi operations, and the local community in Talensi has escalated its campaign against the Chinese state-linked mine. Shaanxi, now known as Earl International, has denied the allegations.

Bugre Samuel Sapak, the chairman of local advocacy group the Concerned Citizens of Talensi accused the company of destroying the community.

“This company is wicked. Shaanxi is wicked. They don’t treat us as human beings. The company has treated us inhumanely and they don’t recognise us as moral agents or right citizens in the area. They are interested in profits, making super profits.

“Minerals Commission was also aware that Shaanxi was stealing gold from Cassius Mining Limited. So, looking at all these against Shaanxi Mining Company, our people have not been treated fairly.

One villager who asked not to be identified due to concerns for their safety said revisiting the incidents through The Sydney Morning Herald and The Age’s investigation had been painful for the community. 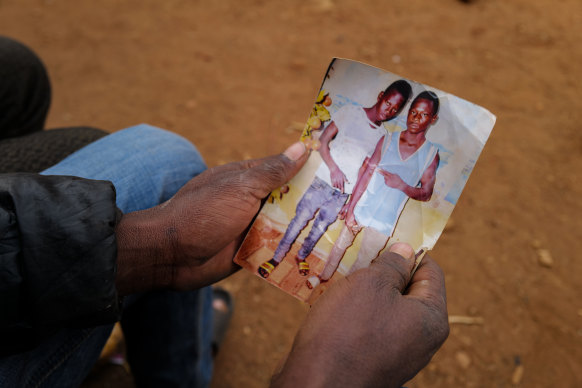 Gban villager Kwame Teng pictured with his brother who died inside the mine.Credit:Francis Kokoroko

“People are crying,” he said. “Would any African man go to China to kill their people and destroy their land? It doesn’t make sense. They don’t know how it feels to lose someone, to lose a breadwinner. What is their crime? They did nothing to deserve this.

Cassius’ chief executive James Arkoudis has declined to comment publicly on the $395 million case the company will bring against the Ghanaian government in the Court of International Arbitration later this year.