A trove of photos – including a risque shot of Ghislaine Maxwell rubbing Jeffrey Epstein‘s feet aboard his private jet – were released Wednesday by Manhattan federal prosecutors.

GHISLAINE MAXWELL ALLEGEDLY TOLD TEEN SHE ‘HAD A GREAT BODY FOR MR. EPSTEIN AND HIS FRIENDS’ 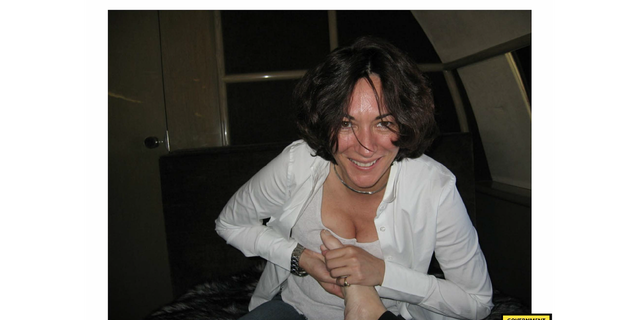 The evidence pictures were seized in 2019 from the late financier’s Upper East Side townhome during a court-authorized search after his arrest on sex-trafficking charges. 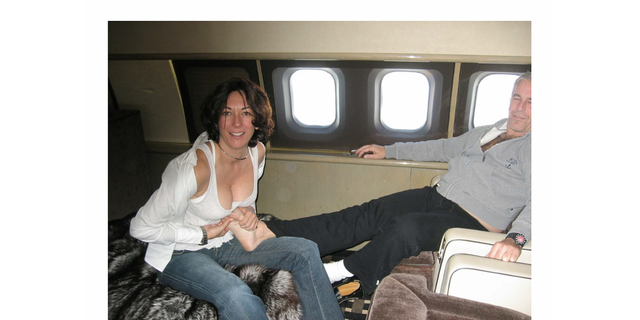 They offer a glimpse into the millionaire pedophile’s close relationship with the 59-year-old British socialite. 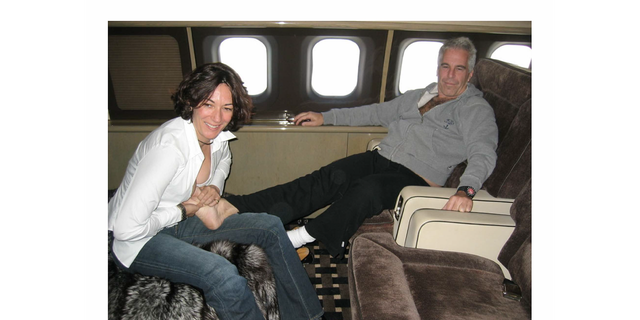 Maxwell, 59, is on trial for allegedly recruiting and grooming four girls to be abused by her and Epstein from 1994 to 2004. Epstein, 66, hanged himself in his Manhattan jail cell in August 2019 while awaiting trial on serious federal charges. 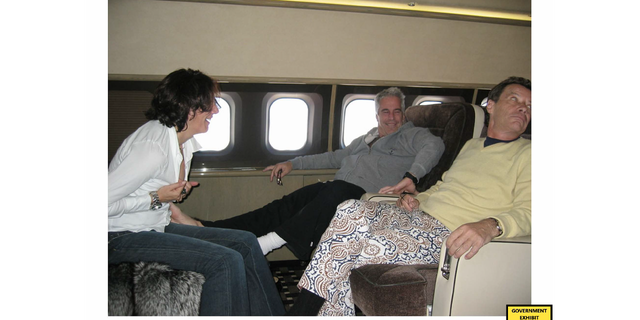 The intimate photos of the pair were shown to jurors on Tuesday during the testimony of FBI agent Kimberly Meder, who reviewed thousands of images recovered in the search. 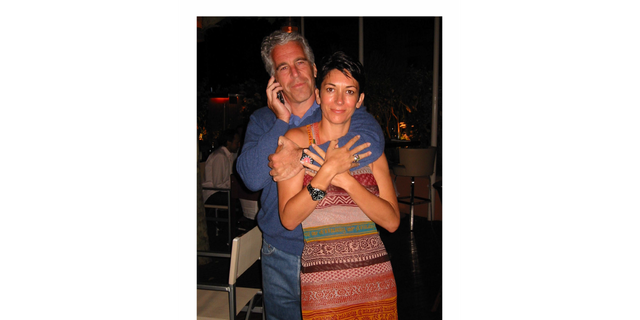 Another FBI agent who took the stand Tuesday, Stephen Flatley, read from a document found on a hard drive at Epstein’s townhouse, which appeared to have been written by Maxwell in 2002. 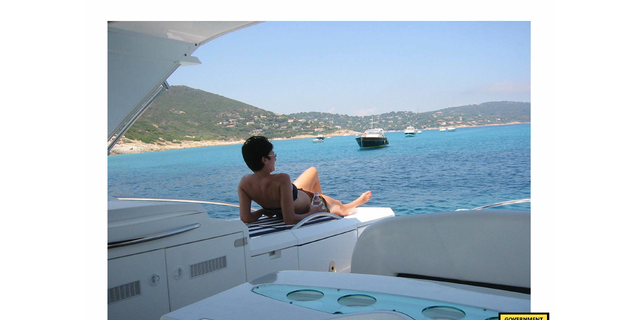 Ghislaine Maxwell sunbathing on a yacht in an undated photo.
(SDNY)

“Jeffrey and Ghislaine have been together, a couple, for the last 11 years,” Flatley read. “They are, contrary to what many people think, rarely apart – I almost always see them together.” 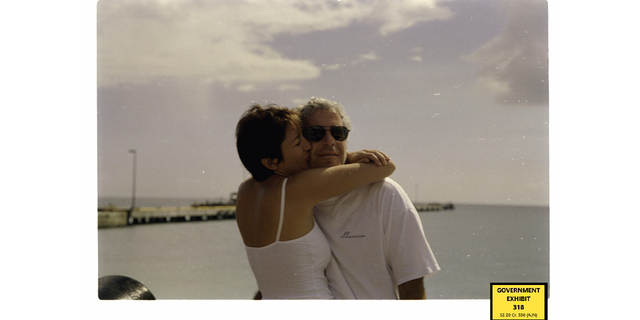 The document continues, “Ghislaine is highly intelligent, and great company with a ready smile and an infectious laugh who always puts one at one’s ease, and always makes one feel welcome.” 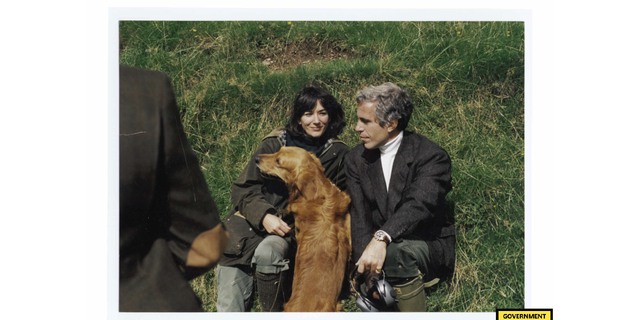 Ghislaine Maxwell and Jeffrey Epstein appear to be in the country in this undated photo.
(SDNY)

“Jeffrey and Ghislaine share many mutual interests and have a lot of fun together,” the agent read. “They both have keen searching, inquisitive minds.” 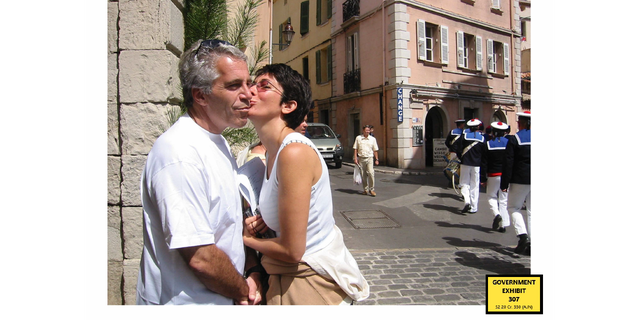 Ghislaine Maxwell kisses Jeffrey Epstein on the cheek in this undated photo.
(SDNY)

The final paragraph of the document further reveals the pair’s intimate bond. “Jeffrey and Ghislaine complement each other really well, and I cannot imagine one without the other. On top of being great partners, they are also the best of friends.” 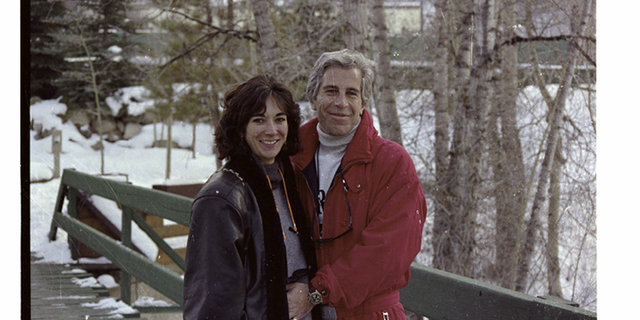 Ghislaine Maxwell and Jeffrey Epstein pose for a picture on a bridge in an undisclosed location.
(SDNY)

Maxwell’s lawyers have argued that she has become a scapegoat for Epstein’s crimes and has vigorously denied the allegations against her. 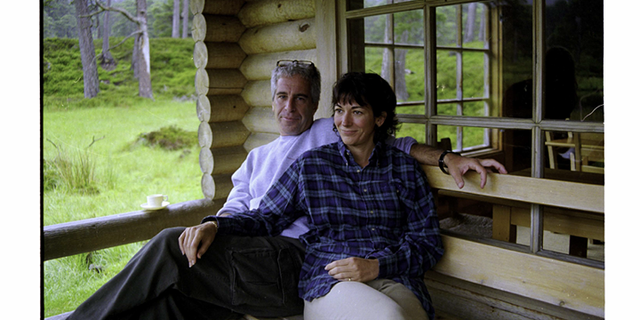 Ghislaine Maxwell rests her arm on Jeffrey Epsteins leg in an undated photo that appears to be taken outside a cabin in the country.
(SDNY)

The photos show the globetrotting millionaire with his alleged madam at his side on a ski trip, a beach vacation and at a cabin retreat stretching back decades. 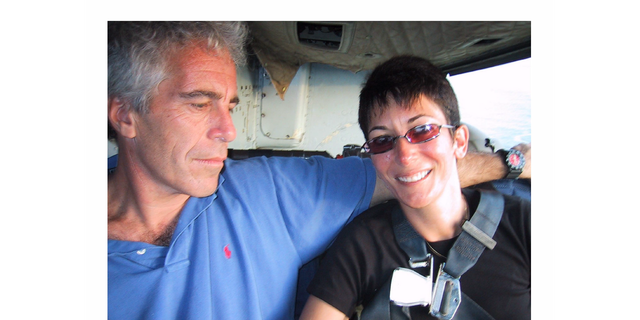 Jeffrey Epstein affectionately places his arm around Ghislaine Maxwell’s shoulder in an aircraft. It’s unclear if Maxwell, an avid flying, is piloting the aircraft in the undated photo.
(SDNY)

For years, Maxwell acted as Epstein’s executive assistant, managing his schedule and his homes, prosecutors said. 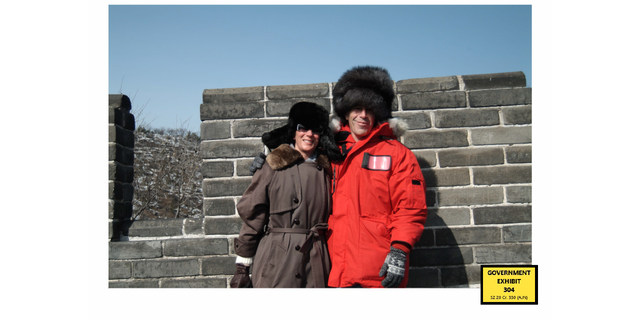 Ghislaine Maxwell and Jeffrey Epstein pose for a photograph in an undisclosed location.
(SDNY)

The government could rest its case as early as Thursday. If convicted, Maxwell faces up to 35 years in prison.