Follow
Home » World News » Girl, 15, is stabbed in the stomach 'by teenage boys

Girl, 15, is stabbed in the stomach ‘by teenage boys in case of mistaken identity’ while walking down street in Bolton

A 15-year-old girl was stabbed in the stomach after ‘two males’ approached her in a Bolton street.

Police were called to reports of the ‘incredibly frightening’ incident in Chorley New Road, Horwich, at 11.50pm on Friday.

The young victim was approached by two males – believed to be in their late teens – before being stabbed in the stomach.

Detectives say they believe the girl was not the intended target. She was taken to hospital with ‘minor injuries’ and has since been discharged. No arrests have been made. 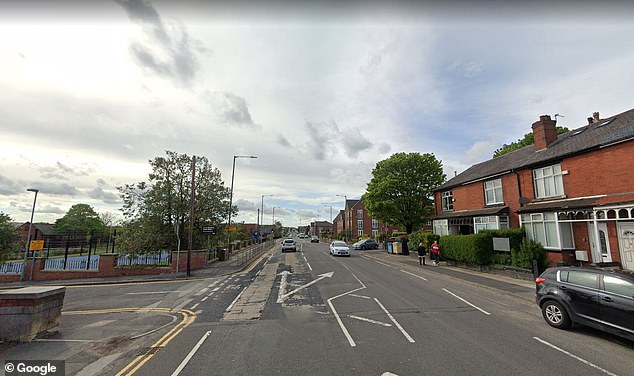 Police were called to reports of the ‘incredibly frightening’ incident in Chorley New Road, Horwich, at 11.50pm on Friday

Police have now issued an appeal for information in connection with the attack.

Detective Inspector Andy Wright of GMP’s Bolton district said: “Understandably this was an incredibly frightening ordeal for the young girl and thankfully she only sustained minor injuries, but the outcome could have been far worse.

“We’ve been following all available lines of enquiry to establish the full circumstances and we are currently treating this as an isolated incident, however, we do not believe the victim was the intended target.

“Detectives are continuing to investigate to ensure we identify the males responsible and bring them to justice but I would urge anyone who may have been in the area and has information to come forward and assist police.”