POLICE are hunting for an attacker after an 18-year-old girl was raped in a woodland in Bedford on Friday.

The teenager was out with a younger female friend in some woods near the town centre when a man approached the pair at around 9pm on April 16, before the horrific incident. 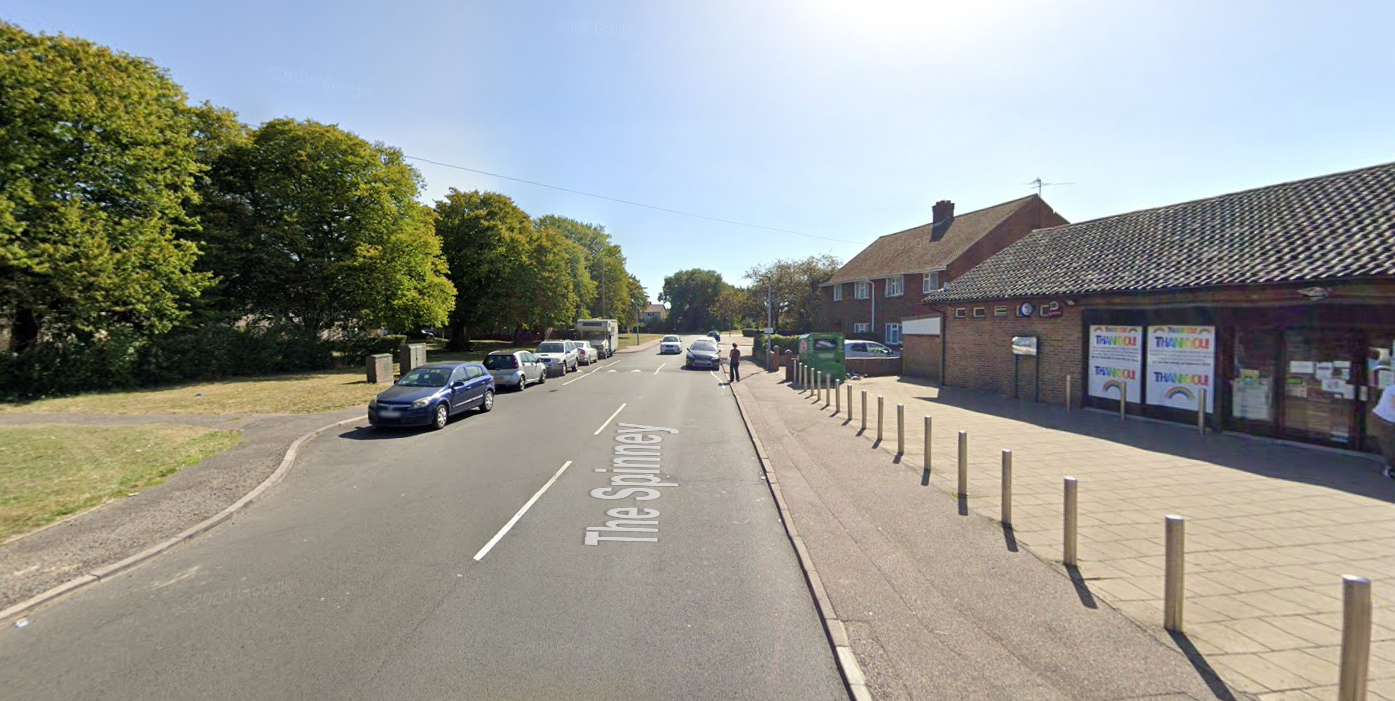 The suspect began a conversation with the young girls near The Spinney, before raping the 18-year-old in front of her terrified pal.

He then fled in the direction of the Travelodge hotel on Goldington Road after the shocking sex attack.

The man is described as Black, around 6ft tall, with braided hair and was wearing a navy blue Adidas tracksuit.

Police have issued an appeal for information to help catch the suspect.

"We are taking this incident extremely seriously and wish to find this man as soon as possible," Detective Inspector Michelle Lack said.

"This attack was extremely distressing for this young woman and her friend, and our team of specialist officers is working with them and supporting them. 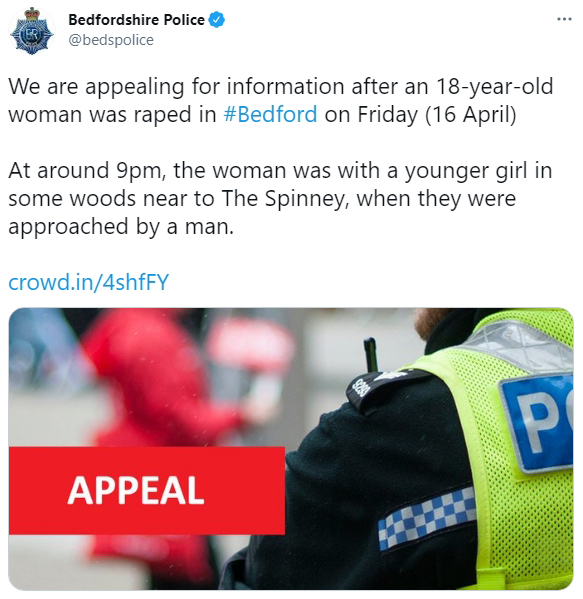 "We would like to speak to anyone who was in the area at the time of the incident, or anyone who may have seen this man.

"We understand that this will be concerning for local residents, and I’d like to reassure them that we are doing all we can to find the man responsible."

Anyone with information is asked to contact the force’s online reporting centre, quoting Operation Elegy.

Victims of rape and sexual assault can receive support and guidance from Bedfordshire Police and partner agencies including the Sexual Assault Referral Centre (SARC), as well as support through the criminal investigation process.