Girl, 4, stranded in Mariupol is evacuated but mum is detained

Girl, four, who pleaded for help beneath Mariupol steelworks is saved but SEPARATED from her medic mother who is captured by Russia

A four-year-old girl stuck beneath the Azovstal steel works as Putin’s troops bombarded it has been rescued – but separated from her medic mother who has been deported into Russia, Ukrainian troops have said.

Alice, who made headlines around the world when she was filmed inside a bunker on the Azovstal complex saying she wanted to be evacuated, was brought out at the weekend as the last civilians trapped there were allowed to leave.

But the Azov battalion, which is holed up inside the steel works, now claims that she has been separated from her mother – Viktoria Obidina – who has been sent into Russia via a filtration camp. 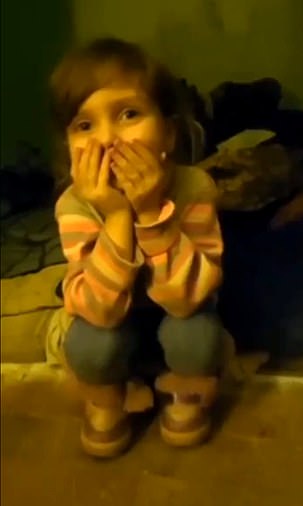 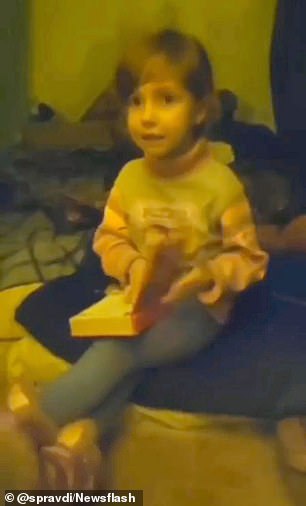 Alice, a four-year-old girl trapped in bunkers beneath the Azovstal steel plant in Mariupol, was rescued during operation to take last civilians out at the weekend 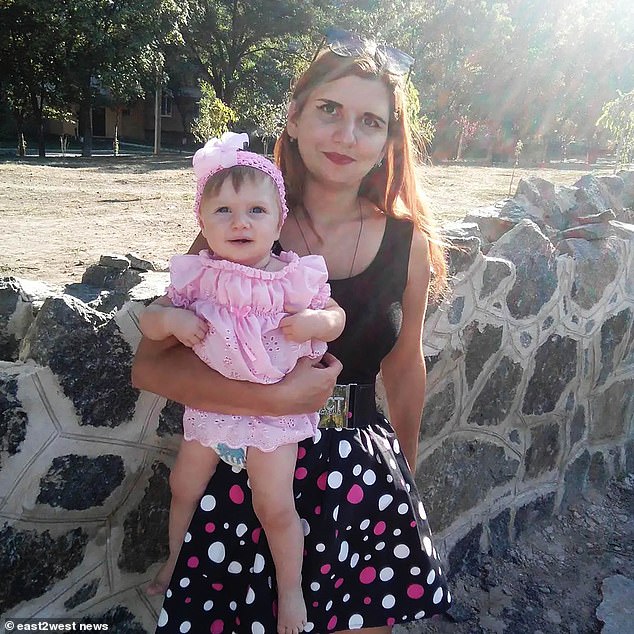 Alice arrived in Zaporizhzhia, the Ukrainian city where Azovstal evacuees are being taken, on Sunday, according to Azov’s social media posts.

But Viktoria was forced to remain behind in a region of Donetsk which is currently occupied by Russian-backed rebels after passing through a filtration camp.

Ukraine says Putin’s troops are using such camps to root out anyone with links to the Ukrainian government or military and deport them deep into Russia.

Viktoria is thought to have been singled out because she worked as a military medic, tending to soldiers who were wounded in the battle for Azovstal.

Her exact whereabouts are now unknown, though Kyiv has previously said people are being sent as far as Sakhalin – an island just off the coast of Japan. 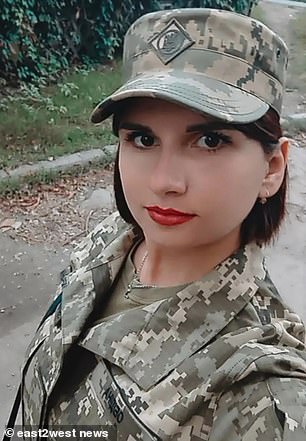 Viktoria is thought to have been singled out due to her work as a military medic, and her current whereabouts are unknown

Ukrainian officials have raised doubts over whether she will ever be allowed to come back to the country to care for her daughter.

Alice will instead be cared for by relatives living away from the frontlines.

“She was temporarily sheltered by an employee of the Zaporizhzhia Military Administration [in Ukraine].

“Alice’s relatives have [now] been found. In the near future, the child will be transferred to relatives in a safe region of Ukraine.”

Denisova accused “Rashists” – meaning Russian fascists – of “grossly violating the rights of Ukrainian children guaranteed by the UN Convention on the Rights of the Child and the Geneva Convention.

“I appeal to the UN Commission for Investigation Human Rights Violations during Russia’s military invasion of Ukraine to take into account these facts of Russia’s violations of children’s rights in Ukraine.”

Azovstal is a four-square-mile industrial complex at the heart of Mariupol where the city’s final Ukrainian defenders are holed up.

It is built on top of a nuclear-proof network of tunnels which fighters are using as a base to repel Russian forces that surrounded the complex more than two weeks ago.

Hundreds of civilians had also fled there for safety during the siege of the wider city, and ended up trapped alongside the troops as Russia attacked.

After days of appeals to get them out, a final evacuation took place on Saturday when around 300 were rescued by Red Cross and UN workers.

President Volodymyr Zelensky said late Saturday that all civilians, children and elderly were now out of Azovstal and he was working on evacuating the wounded and medics as well as opening humanitarian corridors in the wider city.

Fighting has since resumed in the wake of the evacuation, with fierce battles reported Monday along a bridge that was used to evacuate the civilians just two days beforehand. Ukraine said it repelled the attack.

Captain Svyatoslav Palamar, deputy commander of the Azov battalion, said late Monday that around 600 wounded soldiers are inside the plant and called for them to be given safe passage out.

It is not clear exactly how many troops are there in total. Russian estimates put the figure as high as 2,000 while Kyiv has not commented.

Russian commanders are said to be desperate to capture Azovstal because it would given them full control over Mariupol – a key port city that has been besieged since the early days of the war.

British intelligence suggested Putin’s generals were trying to seize the plant before May 9 to give the Russian leader a symbolic win to brag about on Victory Day.

In the event, the Victory Day parade passed off without anything to boast about – with Putin instead resorting to justifying his war by branding Ukrainians ‘Nazis’.

British intelligence also believes commanders want to take out Azovstal so they can move troops further north, to join the battle for Donbas.

Russia has been making slow gains in the region in recent weeks, but has yet to achieve a major breakthrough of Ukrainian lines.