‘Mummy is asleep – I can’t wake her up’: Heartbreaking SOS call daughter, 7, made to her grandmother after finding her single mother, 28, dead in bed following a seizure, inquest hears

A little girl had to make a heartbreaking call for help to relatives saying: ‘Mummy is asleep – I cannot wake her up’ after finding her mother dead in bed.

The anguished seven-year-old called her grandmother for help after Daisy Clear, 28, suffered a fatal seizure in her sleep.

Family members dashed round to Miss Clear’s home in Stockport, Greater Manchester but she had already passed away.

The hospitality worker described by her family as an ‘independent single mother’, had a history of ‘nocturnal’ fitting and went to see doctors about her condition but had never been formally diagnosed with epilepsy.

Her mother Fiona Clear told an inquest in Stockport: ‘She just wanted to be with her daughter and would never jeopardise her life. It is just such a shock. We did not realise about the possibility of her dying in her sleep. 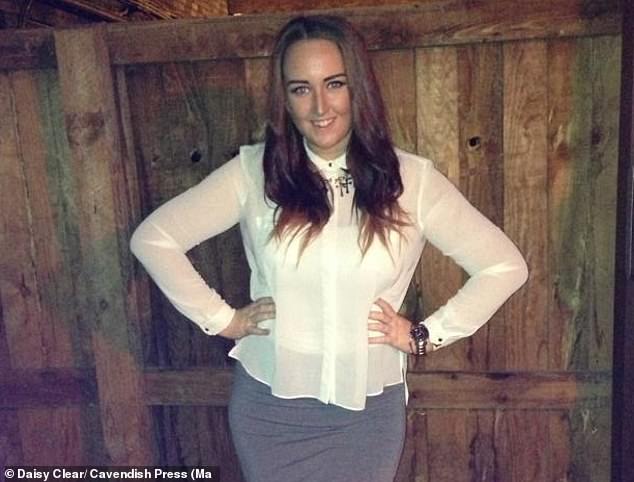 Family members dashed round to Daisy Clear’s home in Stockport, Greater Manchester after her seven-year-old daughter said she ‘couldn’t wake her up’ but found that she had already died, an inquest has heard

‘She would send me pictures of the doctors appointments and letters she had. She made appointments but they were either delayed or cancelled I guess because of lockdown, but it is hard to say.’

The 8.30am tragedy occurred on October 2020 a year after Miss Clear began suffering from unexplained seizures.

Her mother added: ‘Daisy had always been fit and someone who had no illnesses and was always active and sociable.

‘She was an independent single mother who looked after herself and was well organised and was quite unique. She got on with life but in late 2019 to early 2020 she started having seizures. 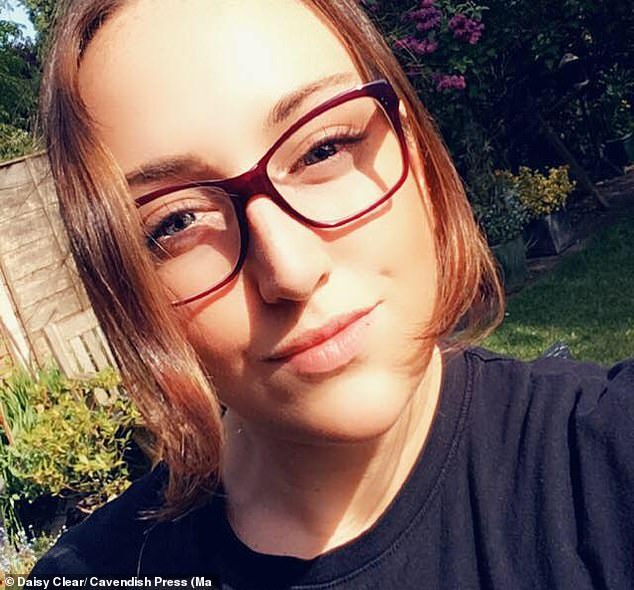 Hospitality worker Daisy, 28, described by her family as an ‘independent single mother’, had a history of ‘nocturnal’ fitting and went to see doctors about her condition but had never been formally diagnosed with epilepsy

‘She was only seven years old. She called me and said “Grandma, I cannot wake Mummy up”. We found her in a deep sleep. She was in a deep sleep, I couldn’t wake her.

‘We have had nothing like this in the family before. Her daughter rang us in the early hours of the morning two or three times. During the lockdown she came to stay with us for around 6-8 weeks. One day she went on a bike ride and when she came back, she had a seizure.

‘She thought she was okay in the morning but then she had another seizure so we took her to A&E. They did a CT scan and then it was followed up. This was quite unusual. She has never been one not to take medicine.

‘In August 2020, she was fine. They may have happened when she was tired. We were camping in the Lakes and were kayaking and she never had any fits whilst we were away. She would sometimes look tired but that was because she was a single mum. It was just so random. 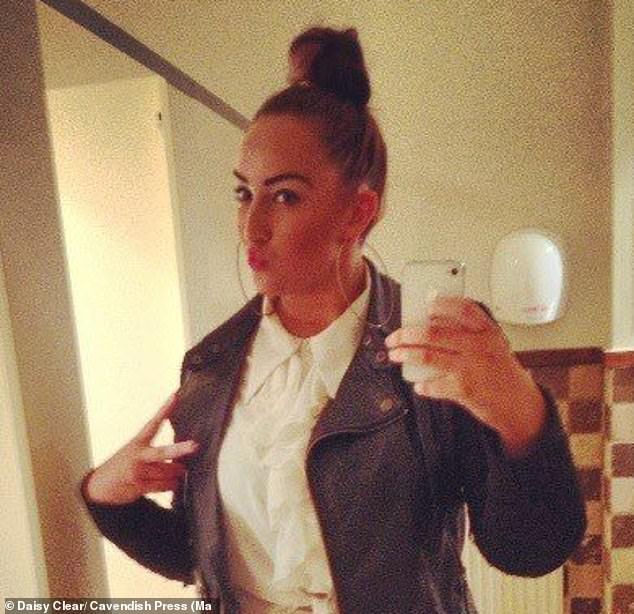 Her doctor said Miss Clear had reported shaking in her sleep, tongue biting and had an episode where she had banged her head

‘My father’s sister suffers from epilepsy but there is nothing in my family. I was not aware of the massive dangers of dying. I don’t know what happened on that last night.

‘On the morning of 8 October, her daughter rang me when I was at work. She said: “Mummy is asleep. I can’t wake her up” and I left work and rang my husband who was able to get there quicker then I was. But when we found Daisy, she had already died.’

Dr Maha Nadeem from the Bramall and Shaw Heath Medical Group said Miss Clear had reported shaking in her sleep, tongue biting and had an episode where she had banged her head.

She was recommended the anti epilepsy medication Lamotrigine but she could not be prescribed it without a formal consultation due to risky side effects for women of child-bearing age. 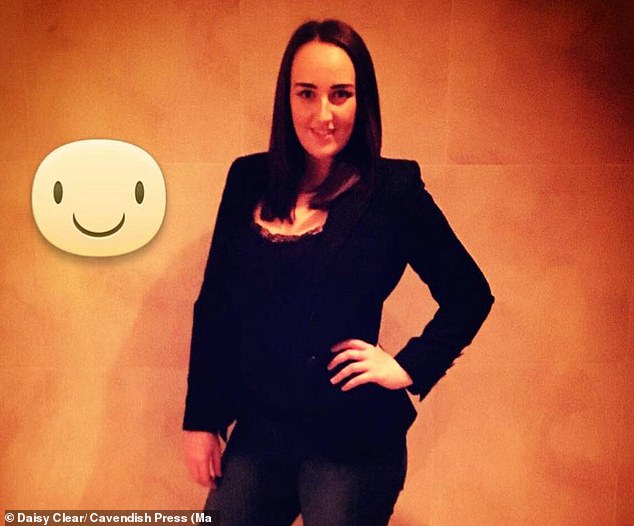 Stockport Coroners Court made a conclusion of death by natural causes

Dr Nadeem said: ‘Epilepsy can happen at any time and Daisy attended A&E in February 2020 after she reported shaking in her sleep.

‘She had no history of seizures at that point and a CT scan came back as normal. The following May a diagnosis of epilepsy was described as likely, but it was not confirmed and she was sent a text message to book an appointment to discuss a letter she was sent.

Epilepsy is a condition that affects the brain and leaves patients at risk of seizures.

Around one in 100 people in the UK have epilepsy, Epilepsy Action statistics reveal.

And in the US, 1.2 per cent of the population have the condition, according to the Centers for Disease Control and Prevention.

Anyone can have a seizure, which does not automatically mean they have epilepsy.

Usually more than one episode is required before a diagnosis.

Seizures occur when there is a sudden burst of electrical activity in the brain, which causes a disruption to the way it works.

Some seizures cause people to remain alert and aware of their surroundings, while others make people lose consciousness.

Some also make patients experience unusual sensations, feelings or movement, or go stiff and fall to the floor where they jerk.

Epilepsy can be brought on at any age by a stroke, brain infection, head injury or problems at birth that lead to lack of oxygen.

But in more than half of cases, a cause is never found.

Anti-epileptic drugs do not cure the condition but help to stop or reduce seizures.

If these do not work, brain surgery can be effective.

‘We never had a confirmed diagnosis of epilepsy. It is a specialist diagnosis that can only be made by a neurologist.

‘She was sent a text message on 15 May to book an appointment to consider going on medication and to book a routine phone call following a recent hospital visit. There was no letter or phone call after the SMS was sent to chase it up.’

Dr Moussa Mouhamadou, a locum neurologist at Salford Royal Hospital, said an EEG – a test that detects electric activity in the brain – was carried out but was inconclusive. Another EEG was proposed but the appointment came after Daisy died.

Recording a conclusion of death by natural causes, coroner Christopher Murray said: ‘Daisy was a fit person who was pleased with her life and the fact she had a young daughter. She would be tired but that was to be expected, as she was a working Mum.

‘In the summer of 2020 she went with her family camping, hiking and kayaking and there was no problems with nocturnal seizures. She did not drive and she walked everywhere.

‘Then on October 8 her daughter went to see her mother and she could wake her up. She got in touch with grandmother whose partner attended the address ahead of her and they found Daisy ad sadly passed away.

‘She kept a history of appointments with medical professionals but an MRI scan could not take place because of the pandemic and an EEG was inconclusive. A sleep deprived EEG was organised as a follow up, but that did not take place.

‘Investigations into her epilepsy were ongoing at the time of her death and she died of natural causes prior to any anti-epileptic medication being taken. I offer my sincerest condolences to the family for what was a sad and totally unexpected death.

‘I thank the family for conducting themselves in the manner they have today. I can see what a vibrant person Daisy was and it was tragic that she died at such a young age.’