Girl woke up at Mexican funeral after doctors said she died

A three-year-old girl shocked her parents when she woke up at her funeral viewing after doctors at a hospital in the central Mexican state of San Luis Potosí said she had died from dehydration.

Now the family of Camila Martínez is accusing the staff at Salinas de Hidalgo Basic Community Hospital of negligence.

The child experienced stomach pain, vomiting and fever when Mary Jane Mendoza and her husband took their daughter to a pediatrician in the municipality of Villa de Ramos on August 17, according to Mexican newspaper El Universal.

Off a recommendation of the doctor, Martínez was taken to the hospital to treat her for dehydration. Mendoza said Physicians at the facility placed a cold towel over her body to lower her body temperature and placed a pulse oximeter on one of her fingers to record her oxygen level.

Martínez was discharged after an hour and prescribed medication. However, her condition worsened later in the day and she was seen by doctor at a clinic, who provided a different prescription and recommended that she ate fruits that were not sweet and drank plenty of liquid. 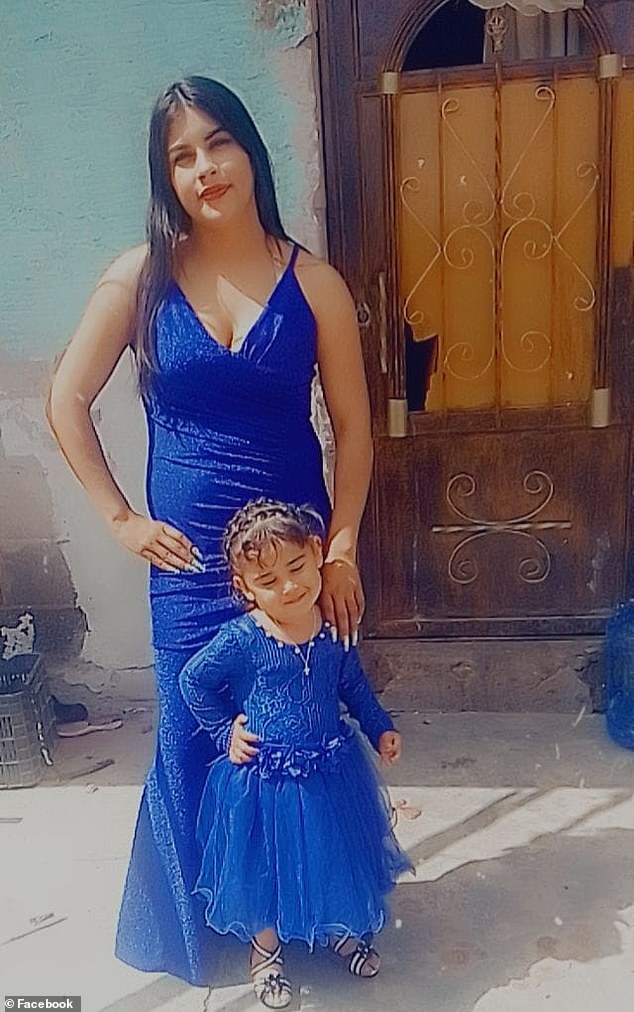 Mary Jane Mendoza is asking Mexican authorities to investigate Salinas de Hidalgo Basic Community Hospital after her daughter, Camila Martínez died August 18. The three-year-old was taken to the medical facility three times on August 17 and died of dehydration. During an August 18 funeral service, the child came back to life, her eyes moved and she had a pulse. She was rushed to the same hospital and died due to cerebral edema, dehydration and 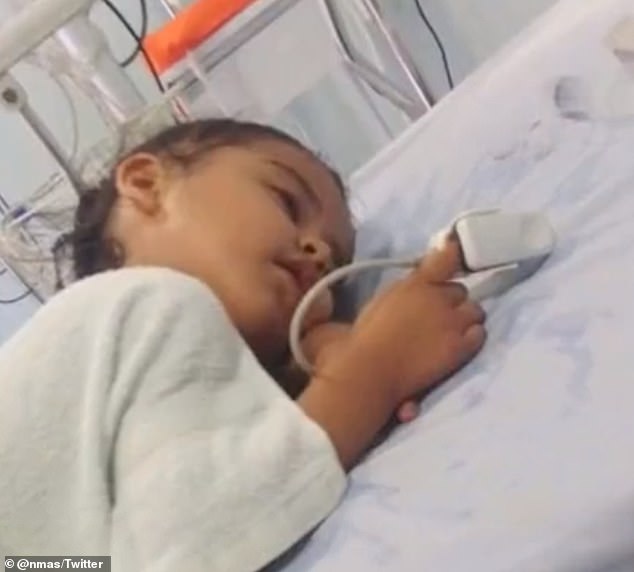 Three-year-old Camila Martínez lies on a hospital bed during a visit on August 17 for treatment for a stomach ailment, fever and vomiting

While at home, Martínez continued to vomit everything that she drank and ate. She was then taken to another doctor, who told her parents to take her immediately to the emergency room.

‘They wanted to giver her (intravenous therapy). They took a long time to put oxygen on her,’ Mendoza recalled. ‘They didn’t put it on her because they couldn’t find her little veins, finally a nurse managed it.’

The IV was removed after about 10 minutes. She picked up Martínez from the hospital bed and remembered how ‘she still was hugging me, they took her away and told me, ‘You have to let her rest in peace.’ 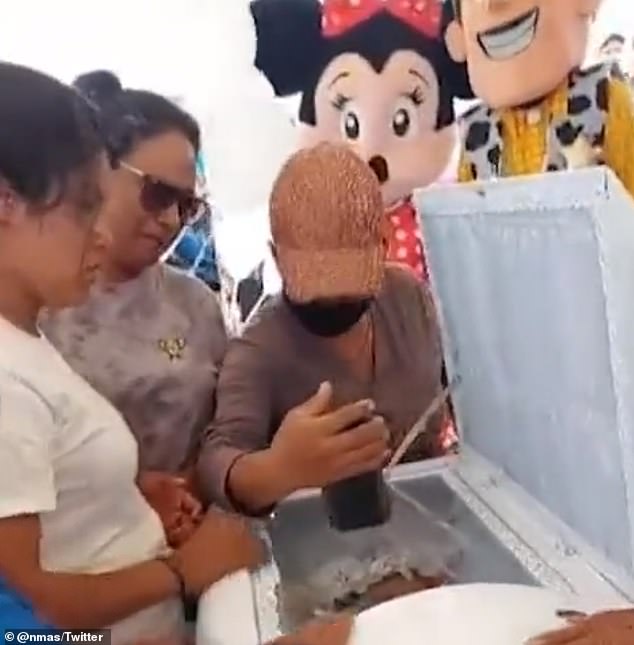 Friends and family members were shocked when the coffin’s glass window fogged up during the August 18 viewing. Camila Martínez’s grandmother saw her eyes moved and within minutes an ambulance had arrived to rush the three-year-old to a hospital where she died 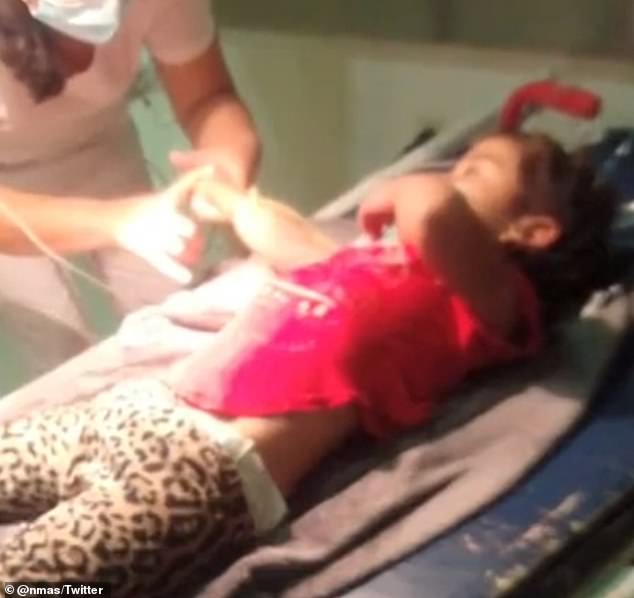 Camila Martínez is treated by a medical staffer at Salinas de Hidalgo Basic Community Hospital in San Luis Potosí, Mexico, on August 17 before she died from dehydration

Mendoza was locked in a room but managed to get out but still could not get into the room where Martínez was under observation and later died.

Friends and family were standing over her tiny casket on August 18 when someone observed that the coffin’s glass window was fogging up.

Martinez’s maternal grandmother saw that her eyes were moving, and a pulse showed that she was indeed alive.

She was rushed by ambulance to Salinas de Hidalgo Basic Community Hospital, where doctors treated her before declaring her dead from a cerebral edema (brain swelling). 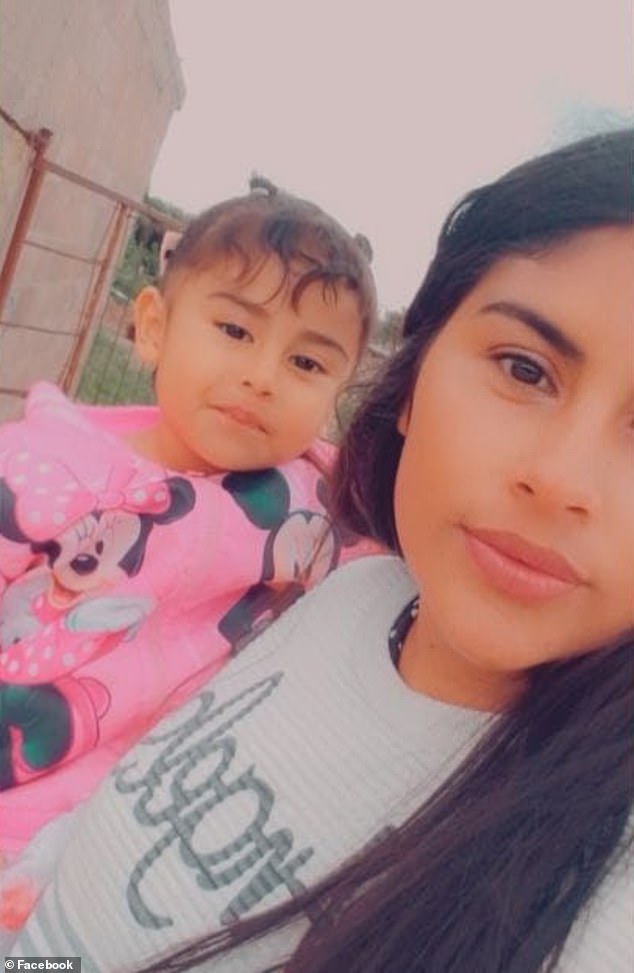 ‘That was really where my baby was done. We are devastated, because my girl was a very happy person, she got along with everyone, she didn’t single anyone out,’ Mendoza said. ‘We have many people on the ranch who support us because she was cherished.’

The first death certificate obtained by the devastated parents indicated Martínez died from dehydration and the second noted her cause of death as dehydration, cerebral edema and metabolic failure.

According to Mendoza, her daughter was scheduled to attend her first day of kindergarten class this week.

‘What I really want is for justice to be served. I have no grudge against the doctors went to extreme (measures),’ she said. ‘I only ask that the doctors, nurses and directors be changed, so that it does not happen again.’

The incident is currently being investigated by the San Luis Potosí State Attorney General’s Office.