THE global death toll from Covid-19 has topped three million as cases continue to spiral in countries across the world.

It comes amid repeated setbacks in the worldwide vaccination campaign and a deepening crisis in places such as Brazil, India and France. 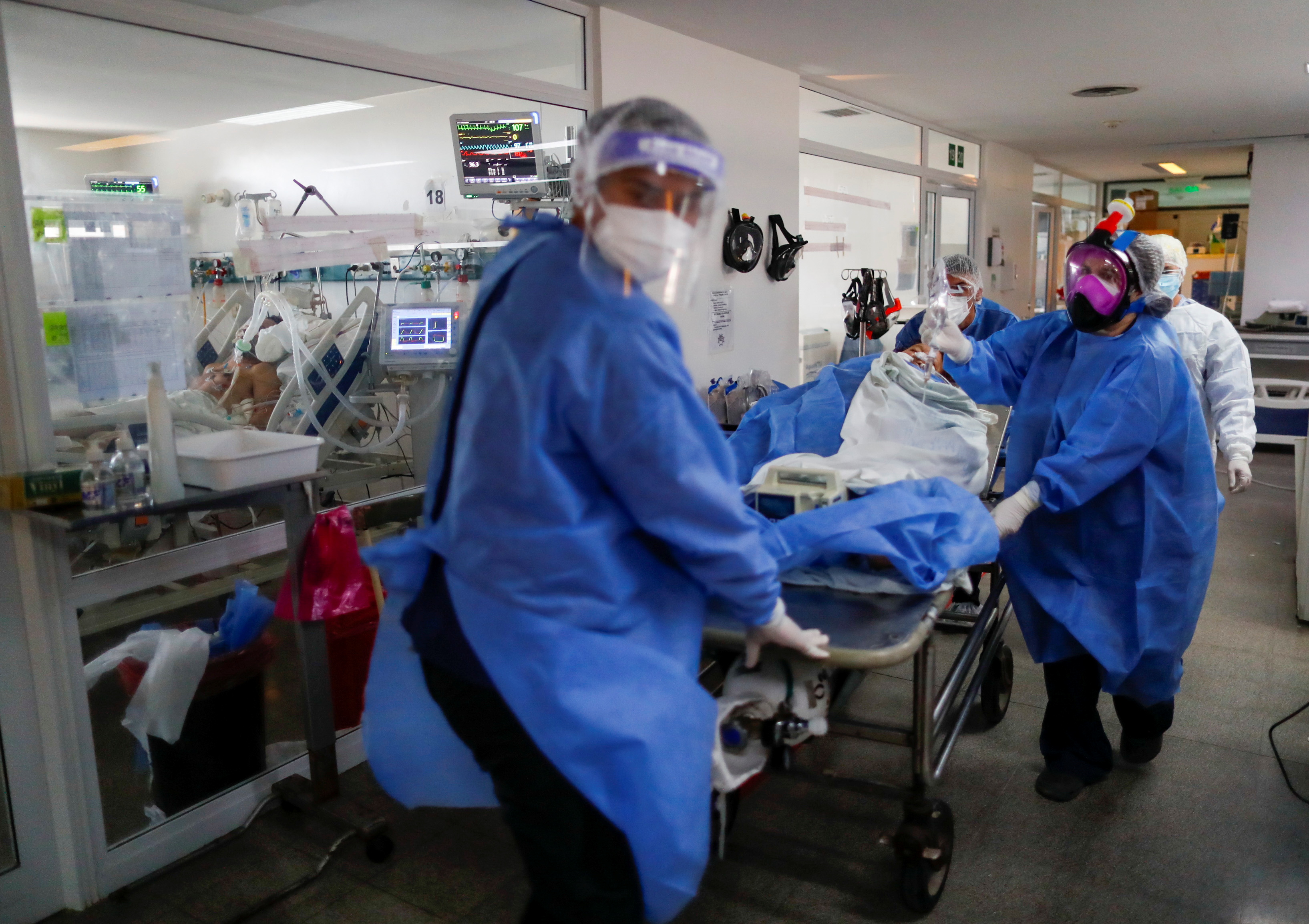 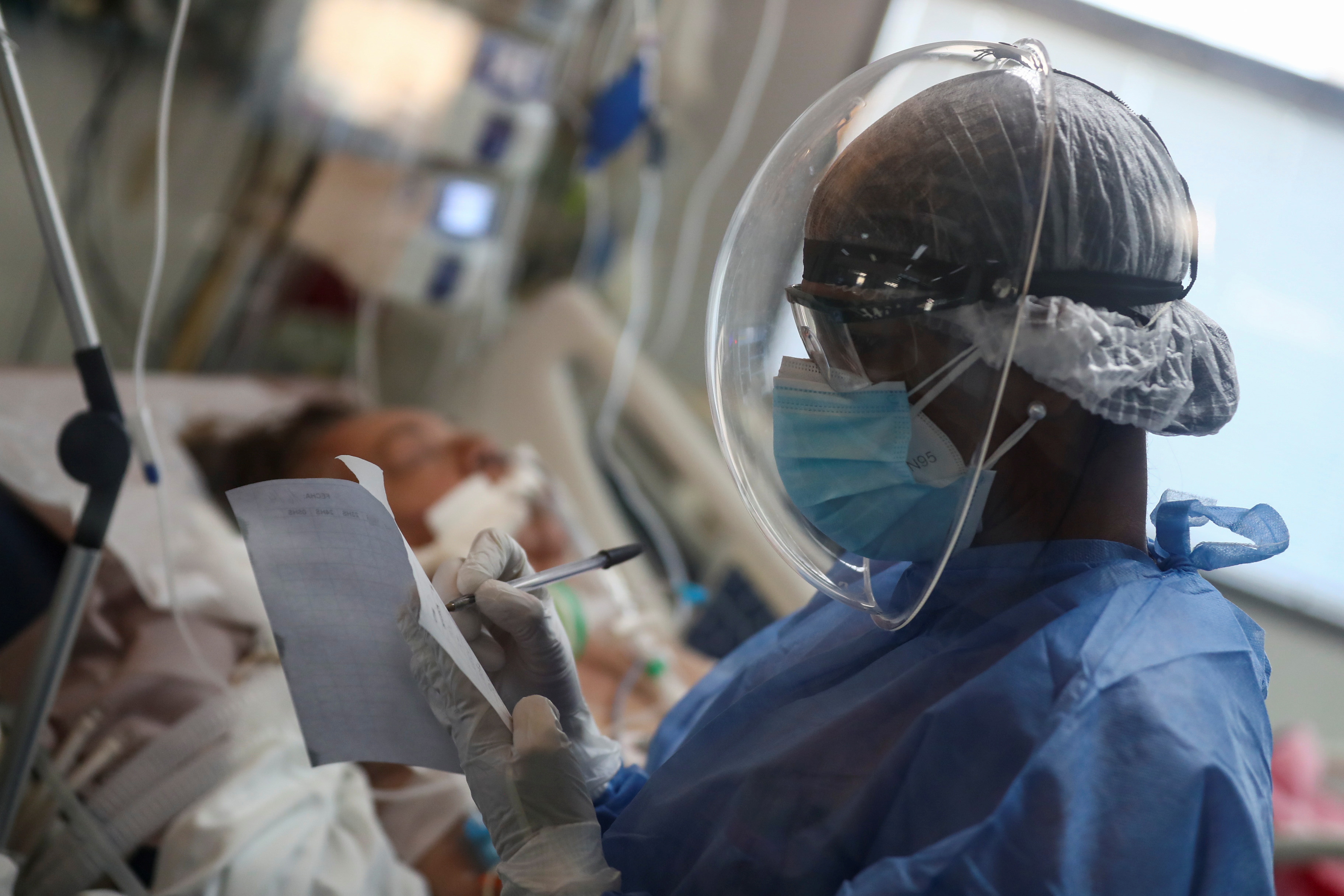 The number of lives lost – as compiled by Johns Hopkins University – is almost equal to the population of Kyiv, Ukraine; Caracas, Venezuela; or metropolitan Lisbon, Portugal.

It is bigger than Chicago (2.7million) and equivalent to Philadelphia and Dallas combined.

But the true number is believed to be significantly higher because of possible government concealment and the many cases overlooked in the early stages of the outbreak that began in Wuhan, China, at the end of 2019.

Worldwide, deaths are on the rise again, running at around 12,000 per day on average, and new cases are climbing too, surpassing 700,000 a day.

When the world back in January passed the bleak threshold of two million deaths, immunisation drives had just started in Europe and the United States.

Today, they are underway in more than 190 countries – though progress in bringing the virus under control varies widely.

'PANDEMIC IS NOWHERE NEAR FINISHED'

Despite vaccine programmes, the coronavirus pandemic is raging on as hospital workers grapple with rising infection rates in some countries.

It comes after the World Health Organisation (WHO) warned Covid's grip on the world is "nowhere near finished" as super variants are spawning a surge of new cases.

Its special envoy Dr David Nabarro, said the UK is bucking the trend with falling cases and deaths while in most parts of the globe coronavirus is rampant.

Addressing the Royal College of Physicians of Edinburgh, Dr Nabarro said new variants will be a "regular" occurrence while the virus is still prevalent around the world.

He warned: "The pandemic is nowhere near finished.

"Each week we have seen four and a half million cases being reported and know those are an enormous underestimate. And we are still seeing a really significant number of deaths.

"What I want to stress is that the pandemic is surging forward everywhere.” 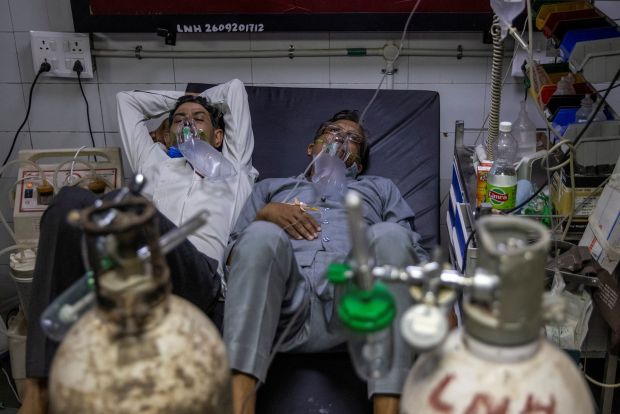 In India, hospital patients are being forced to share beds as the country is ravaged by a "vaccine-dodging double mutant" Covid variant.

Daily cases surpassed 200,000 in India on Thursday – the highest anywhere in the world.

Meanwhile in the UK, Covid deaths plunged by 43 per cent in a week with 34 more fatalities on Friday.

A further 2,596 cases were recorded – bringing the total number of infections since the pandemic began to 4,383,732.

Brits are enjoying their first weekend with new freedoms after pubs, shops, hairdressers and gyms re-opened this week.

But there are fears Covid mutations able to escape vaccines could delay Britain's roadmap out of lockdown as cases of the South African variant have doubled in a month.

There are now 600 known infections, a rise on from 300 last month, according to Public Health England data.

But Brazil – the second worst-hit nation by Covid-1 – is currently facing a spiralling outbreak, with record numbers of 60,000 to 70,000 infections per day, on average.

More than 4,000 new deaths due to coronavirus were recorded on Thursday, Reuters reported.

Hospitals are now at breaking point with people dropping dead as they await treatment amid the rise of super-mutant strains which "threaten" the global fight against the virus.

Babies and children are dying at an “alarming rate” in Brazil where the coronavirus is rife.

An estimated 1,300 babies have died of Covid since the start of the pandemic in the South American country.