A British Google executive who tried to sue bosses after he was fired for inviting two female colleagues to his hotel room to ‘blindfold them’ has had his case thrown out at an employment tribunal.

Robin Frewer, in his 50s, sought an unfair dismissal claim accusing the billion-dollar company of sacking him before he could ‘blow the whistle’ over bad practices – while claiming a string of sexually inappropriate comments he made were simply a result of his ‘old-fashioned sense of humour’.

The senior executive, who rose to become Commercial Director at Google’s London-based travel business until he was fired in 2020, accused the internet giant of rigging its search engine to benefit Booking.com and Expedia.

In evidence presented to the Employment Appeals Tribunal (EAT), Mr Frewer claimed Google acted to ensure ‘its two main clients received a disproportionate number of hits when people searched for information about holidays’.

He also claimed bosses wanted him gone over his mental health issues, as he sought damages for disability discrimination and whistleblowing detriments.

However he failed to convince employment Judge Andrew Glennie, who dismissed all his claims after ruling that he had made at least four ‘inappropriate comments’ to junior female executives, giving Google the right to sack him.

The tribunal heard Mr Frewer had been drinking glasses of wine at a team dinner in Milan when he made a series of sexual remarks to the younger women on his team. 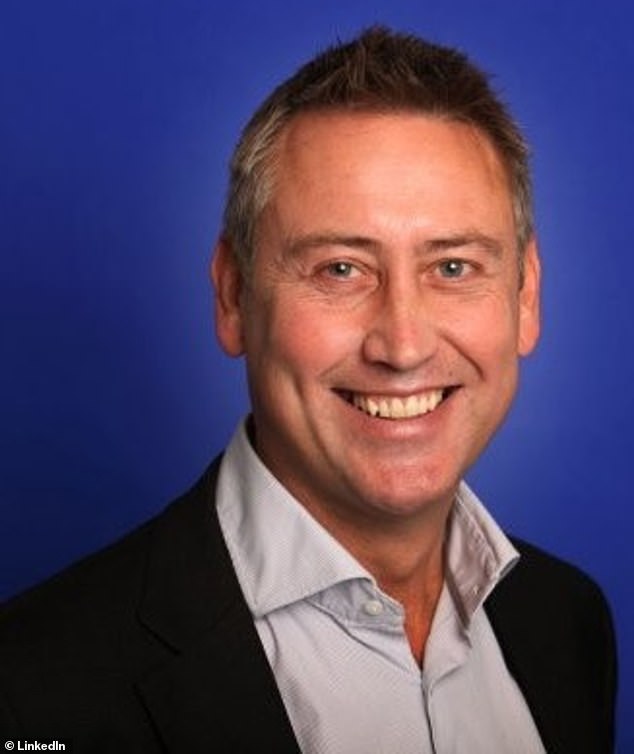 Robin Frewer (pictured), in his 50s, sought an unfair dismissal claim, accusing the billion-dollar firm of firing him for ‘blowing the whistle’ over bad practices – while claiming his sexually inappropriate comments were simply a result of his ‘old-fashioned sense of humour’

Mr Frewer asked one shocked colleague to tell him ‘nice and slow’ about the ‘naughtiest thing she had ever done’.

The seasoned executive made reference to the ‘husky underwear’ he had recently bought, made jokes about hiring an escort, and revealed details about his divorce.

Mr Frewer, who worked at the Silicon Valley firm for 13 years, also made a ‘concerning’ comment about waiting around for one of the ‘uncomfortable’ women to ‘make sure she got home OK’.

After bosses at Google sacked him over the ‘troubling’ comments, he tried to sue the firm.

He claimed he had an ‘old fashioned sense of humour’ and insisted his comments were ‘humorous rather than sexual’.

Mr Frewer also alleged he was actually fired because he had blown the whistle about bad practises at Google, accusing it of rigging its search engine to benefit favoured clients.

However his case was dismissed by the tribunal. MailOnline has contacted Google for comment.

The central London hearing was told that having joined in 2007, Mr Frewer worked his way up the chain at Google, and became Commercial Director at its travel sector for Europe, the Middle East and Africa [EMEA].

In September 2019, he chaired an EMEA travel strategy group meeting in Milan, Italy, and while he was staying at a £605-a-night hotel he joined seven colleagues at a dinner.

Two junior female colleagues, named only as E1 and E2 at the tribunal, said that after drinking a couple of glasses of wine Mr Frewer opened up about his divorce before making sexually inappropriate comments.

A tribunal report said: ‘He said that he had bought some underwear online which had see through sides and a husky on the front; he said that the husky had a wet nose; and did some hand actions to describe what the underwear looked like.’

Mr Frewer said ‘the underwear provided the husky and he provided the wet nose’ in reference to his penis, the tribunal heard.

The report added: ‘There was a conversation about how each person got into the most trouble when growing up. Mr Frewer turned to E1 and asked her to tell it to him nice and slow as he really wanted to think about the naughtiest thing she had ever done.

‘There was mention of someone participating in a blind wine tasting: Mr Frewer said to E1 and E2 ‘why don’t you come back to my room and I can blindfold you’.

‘When everyone was leaving the restaurant, E1 was in the bathroom. Mr Frewer said to E2 not to worry as he would make sure she got home OK. E2 waited for E1 and they took a taxi together as they felt uncomfortable.’

Mr Frewer also complained about the price of his hotel, joking that ‘an escort must be included in that price’ and that he would need to ‘expense the escort himself’.

During an investigation, Mr Frewer denied being inappropriate. 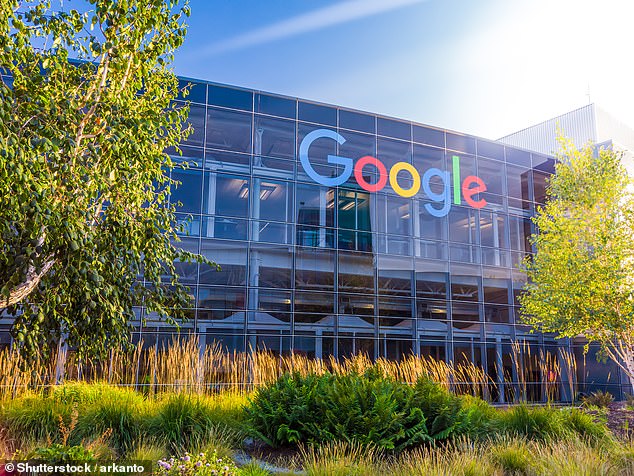 He said he was ‘sincerely apologetic for any offence he might have caused’, that his ‘sense of humour might differ from everyone else’s’, that he was ‘a bit older than some people and understood that some areas could be misinterpreted’, and cited his ‘exemplary record’ at Google.

Mr Frewer also said he was under ‘huge financial pressure’ and that alcohol affected him more than usual due to the medication he is on for depression.

At the tribunal he claimed his accusations about Google rigging its search engines to favour customers Booking.com and Expedia and his mental health meant that bosses wanted him gone.

Mr Frewer said: ‘Overall the state of my mental health and my challenger mentality may have led me to be perceived as an awkward individual to work with, and I am concerned that this perception, and my more recent mental health issues, my be the real reason why these allegations, such as they are, have been seized upon to remove me from the business.’

However, at the tribunal, Employment Judge Andrew Glennie dismissed his claims of whistle-blowing detriments, disability discrimination, and unfair dismissal.

Judge Glennie said: ‘We considered that different employers might take different views about the seriousness of the various comments, and that it was possible that a different employer in the same situation might not have opted for dismissal.

‘There were, however, four inappropriate comments made in the course of the evening.

‘The comments were addressed to more junior female colleagues, who were troubled by them. Mr Frewer was the team leader and could reasonably be expected to set an appropriate standard of conduct.

‘Google could not reasonably be expected to tolerate or appear to condone conduct of this sort. The Tribunal therefore found that the dismissal was not unfair.

‘Mr Frewer’s partial acceptance of the allegations, his somewhat enigmatic denial of the other aspects, the suggestion that others at the table may have been drunk, and his assertion that he had not done anything wrong, all led the Tribunal to doubt his account of events.’