AN EAGLE-EYED internet user has spotted what appears to be someone doing a poo on a car roof on Google Maps as commenters claim it's a "Chicago sunroof".

The image, posted on Reddit, shows a woman and a child standing near a black car while a man dressed in a blue t-shirt casually squats on the roof. 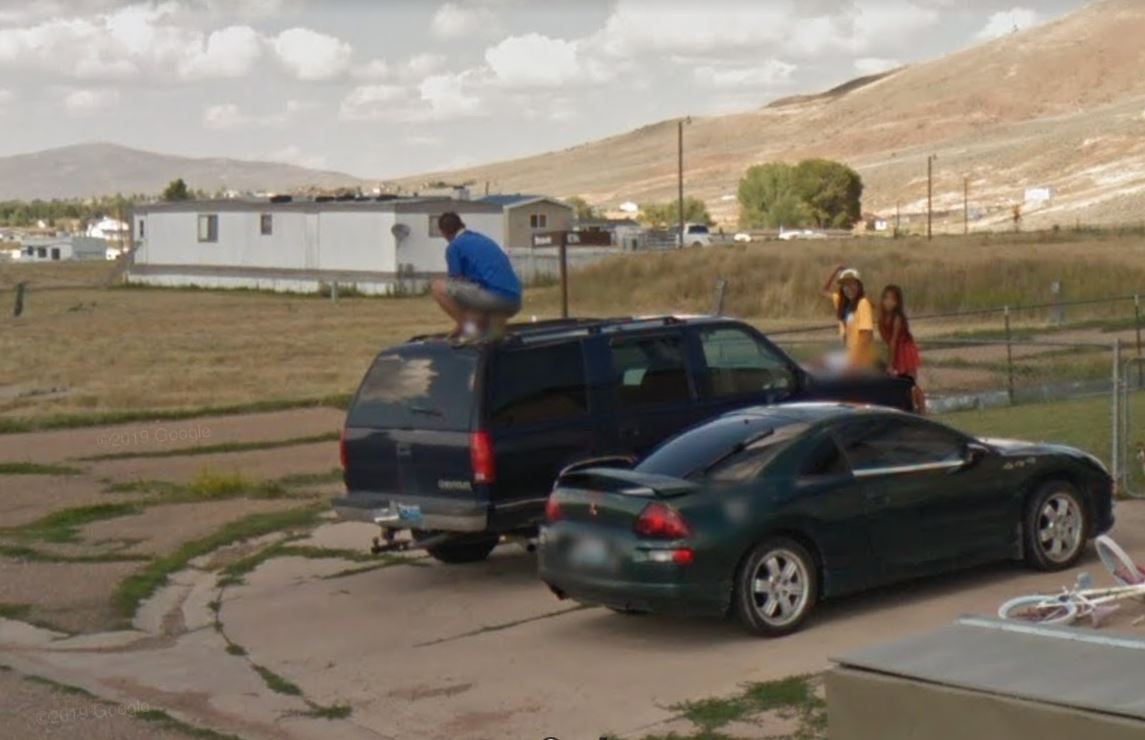 The still was shared with the caption: "Aww no, Daddy’s doing doo-doo on the car roof again."

In a reference to the TV series Better Call Saul, one user joked: "The ol' Chicago Sunroof!"

A "Chicago sunroof" is the act of taking a dump in someone's open sunroof.

Another said: "That one girl with the yellow shirt in the background looks like she’s laughing her a** off."

A third wrote: "LOL if you go one frame past the house, you can still see poopy guy in position but whoever was with him left lmao."

Meanwhile, some sensible internet users suggested the man was not doing a poo and he was actually just attaching bikes to the car roof.

One said: "He’s still got his pants on. Looks like he’s just getting it ready to tie bikes on top."

Another wrote: "I think he’s fixing something on the roof. In one pic he’s actually covering his face with his hand. I think he saw the google car."

It comes after a curious Reddit user revealed how he spotted a “Kraken" sea monster in a distorted image on Google Maps.

The online sleuth used the forum to share his chilling discovery – which sparked a number of theories.

The post was soon inundated with comments as imaginative viewers began to theorise what the object could be.

In other Google Maps news, every grave and memorial in England's 19,000 graveyards is being mapped as part of a new project dubbed "Google Maps for graves".

Meanwhile, a Google Maps user was shocked to discover an x-rated snap in a workshop. He was checking repair shops online when he noticed the naughty poster.