WASHINGTON (AP) — Dr. Anthony Fauci has been a political lightning rod since the early days of the pandemic, lionized by the left and villainized by the right.

But with the release of a trove of Fauci's emails this past week, Republicans' political attacks on the nation’s top government infectious-diseases expert have gone into overdrive.

On conservative news channels, President Joe Biden’s pandemic adviser has been baselessly pilloried as a liar who misled the American people about the origins of COVID-19 to protect the Chinese government. There's no evidence of wrongdoing, but Republican calls for his resignation have grown louder, as have demands for new investigations into the origins of the virus.

“Given what we know now, I don’t know how anyone can have confidence that he should remain in a position of public trust and authority,” said Republican Sen. Josh Hawley of Missouri, a potential presidential hopeful who is calling for Fauci’s resignation and a full congressional inquiry.

The political moves by Republicans represent a new effort to find a reliable foil in the first few months of the Biden administration, as they have struggled to turn public sentiment against the new president. So far, Biden has enjoyed widespread job approval, buoyed by the public’s broad backing of his handling of the pandemic, which 71% of Americans support, according to a recent Associated Press-NORC Center for Public Affairs Research poll.

Fauci, who has a security detail because of ongoing threats and who did not respond to a request for comment for this story, has repeatedly defended his work, saying he received thousands of emails and has never ruled out any theory.

“I still believe the most likely origin is from an animal species to a human, but I keep an absolutely open mind that if there may be other origins of that, there may be another reason, it could have been a lab leak,” Fauci said Thursday on CNN.

The doctor’s newly released emails, which span the early days of the pandemic and were obtained by BuzzFeed News and The Washington Post, show no evidence of any kind of coverup about the origin of the virus. Indeed, many of the discussions reflect the science at the time. But Republicans, including former President Donald Trump, have seized on the emails as proof of a conspiracy to obscure the source of the virus.

In one email, from Feb. 1 of last year, Kristian Andersen, a researcher at the Scripps Research Institute, wrote to Fauci, the longtime director of the U.S. National Institute of Allergy and Infectious Diseases, about ongoing efforts to decipher the origin of the novel coronavirus.

At the time, the lab leak hypothesis was largely dismissed by experts. It has recently gained traction, though the origins of the virus remain unknown. 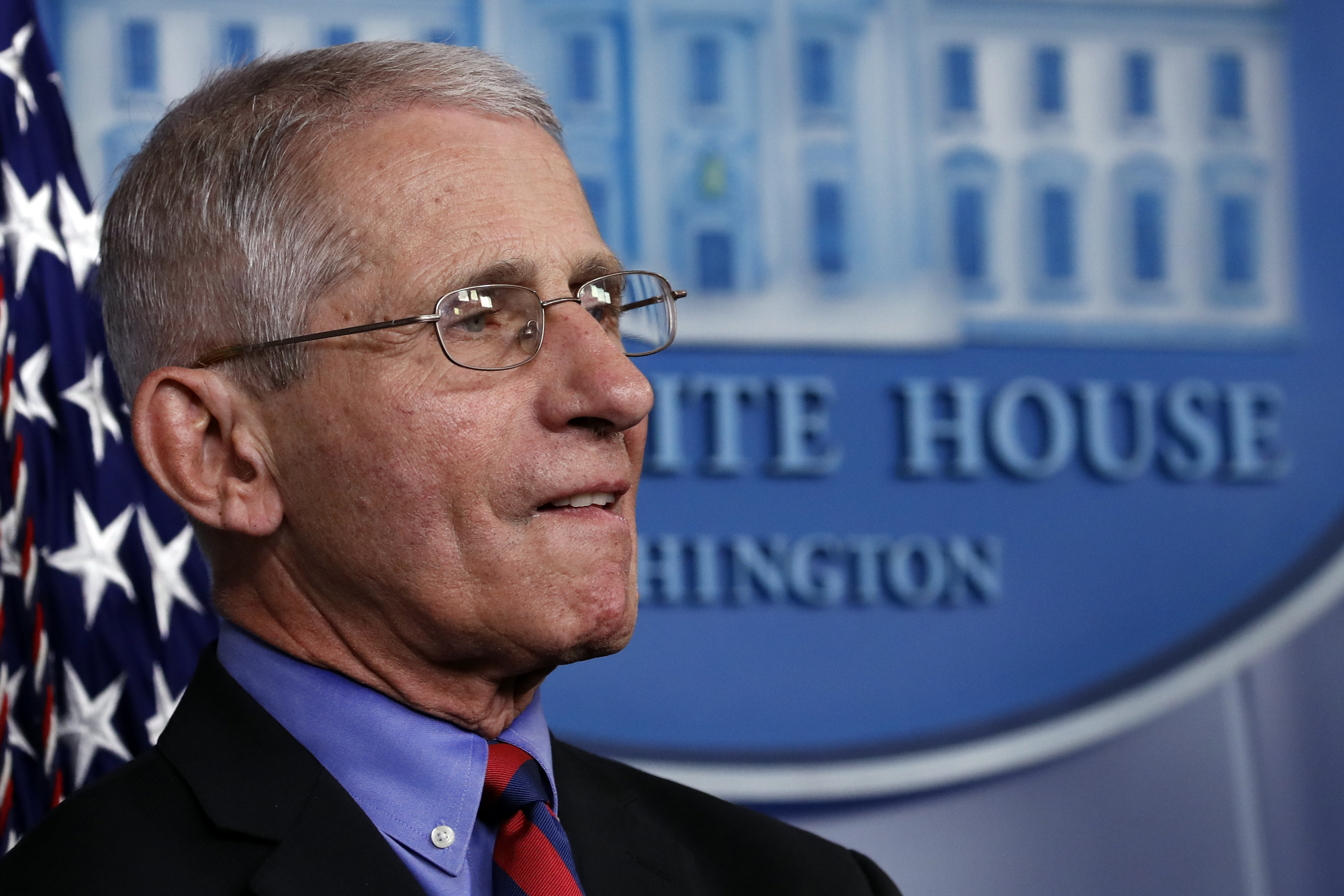 “The unusual features of the virus make up a really small part of the genome (0.1%) so one has to look really closely at all the sequences to see that some of the features (potentially) look engineered,” Andersen wrote. He said he and his colleagues “all find the genome inconsistent with expectations from evolutionary theory. But,” he added, “we have to look at this much more closely and there are still further analyses to be done, so those opinions could still change.”

By the next month, it turned out, they had. He and his colleagues published an article in Nature Medicine in which they concluded that it was “improbable that SARS-CoV-2 emerged through laboratory manipulation of a related SARS-CoV-like coronavirus.”

In another email, Fauci was thanked by the head of a nonprofit that helped fund research at China’s Wuhan Institute of Virology, “for publicly standing up and stating that the scientific evidence supports a natural origin,” which he said ”will help dispel the myths being spun around the virus’ origins.”

Andersen, the scientist who wrote the “engineered” email, has tried to offer further explanation.

“As I have said many times, we seriously considered a lab leak a possibility. However, significant new data, extensive analyses, and many discussions led to the conclusions in our paper. What the email shows, is a clear example of the scientific process,” he tweeted amid the backlash.

“It’s just science,” he later added. “Boring, I know, but it’s quite a helpful thing to have in times of uncertainty.”

The former president disagrees. While in office, Trump, who disdained the scientist's popularity, frequently flouted Fauci's recommendations on battling COVID-19 by playing down the severity of the pandemic and often touting unproven scientific remedies, including a malaria drug and even injecting disinfectant. And he frequently tried to undermine Fauci's credibility by refusing to acknowledge the evolution in scientists' understanding of the virus and how it spread, which informed guidance about policies like masking.

Trump went after Fauci again on Saturday night when he returned to the public stage in a speech in North Carolina. He sees the emails as further vindication that he was right about the doctor, according to an adviser who spoke on condition of anonymity to describe private conversations.

“He’s a great promoter,” Trump said about Fauci. "Not a great doctor, but he’s a hell of a promoter. He likes television more than any politician in this room. … But he’s been wrong on almost every issue.”

House Republican Whip Rep. Steve Scalise said on Fox Business Network on Thursday that Fauci “needs to be brought in under oath to answer questions” about the emails, while Elise Stefanik, R-N.Y., now the No. 3 Republican in the House, blasted out a fundraising email with the subject line “FIRE FAUCI.”

But the White House has made clear that it is standing with Fauci, despite the onslaught of criticism.

White House press secretary Jen Psaki this week praised Fauci as “an undeniable asset in our country’s pandemic response,” and Biden felt compelled to poke his head back into a room full of reporters he’d departed Friday to say that he was, indeed, “very confident in Dr. Fauci.” In a sign of support, Fauci will join first lady Jill Biden for a visit Sunday to a vaccination clinic in New York.

Biden administration officials and allies point to polling showing that Fauci is still one of the country’s most trusted public health communicators. Privately, they see the GOP’s focus on Fauci as a ploy to energize their base that likely will not resonate with moderate voters. And they are happy to compare Fauci’s record on public health with Trump’s.

“A note to Fauci critics,” tweeted Andy Slavitt, Biden’s outgoing senior COVID-19 adviser. “For years, he has been working tirelessly on the development of the mRNA vaccine in anticipation of a potential major viral outbreak. And on Jan 11, 2020, his team downloaded the gene sequence & on the 13th began work on the vaccine.”