A 70-year-old woman was brutally beaten and dragged across a bus in Los Angeles by a hateful attacker who mistook her for Asian American, according to local reports.

The victim, a grandmother who is Mexican American, was trying to get off a city bus Friday when another female passenger hurled an anti-Chinese slur at her, The Eastsider reported.

The assailant then grabbed the elderly woman, identified only as Becky, to the front of the bus and pummeled her, the report said.

“Nobody would help. Not even the bus driver,” her son, Pete, told the website.

The beatdown eventually stopped after a passenger called 911, he added.

Photos of the victim, who had been on her way to go grocery shopping for her granddaughter, with a swollen eye and dark, purple bruises on her face and neck.

Her nose was broken and some of her hair pulled out, her son told the Eastsider. He added that his family members are often mistaken for Asian.

A police spokesman told the Los Angeles Times that Yasmine Beasley, 23, was arrested on felony battery charges in the attack.

He did not know whether prosecutors were pursuing hate crime charges. 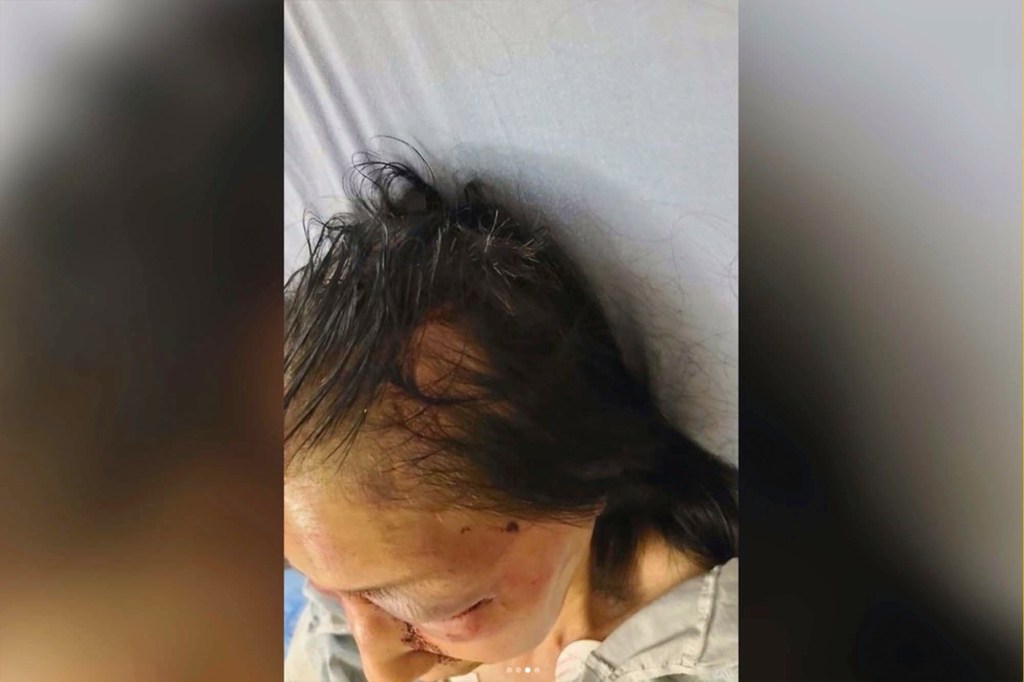 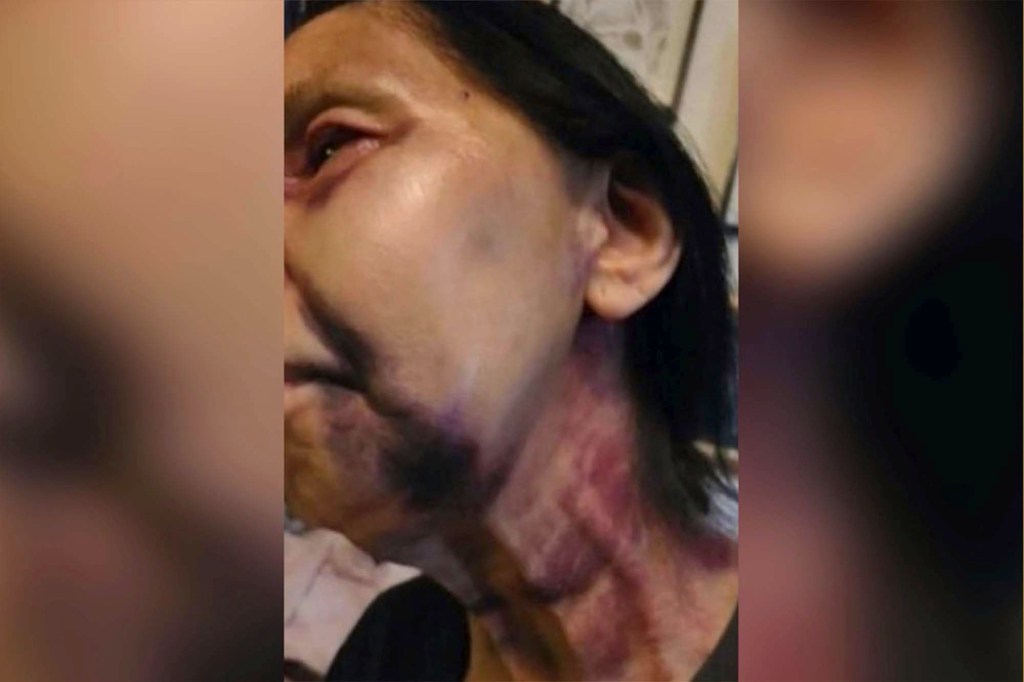