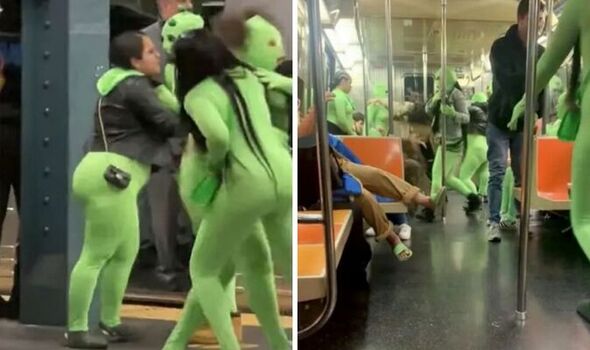 A group of female robbers wore full-body, neon green leotards as they were filmed attacking two 19-year-old women on one of the victim’s birthdays. The group, who are dubbed the Green Goblin Gang, punched two teenagers on a Times Square subway at around 2am on Sunday. The furious mum of one of the victims described the gang as “complete animals” following the random attack which saw the girls robbed of a mobile phone and a handbag, according to police.

“She said she was attacked by aliens, and I didn’t know what she was talking about,” the mother of one of the victims told The Post on Monday.

“This is how she spent her 19th birthday.”

The video posted on social media shows about six women dressed in green, some with hoods and face masks, tossing around one of the teenagers and punching the other repeatedly in the face.

The mother said her daughter and a friend were waiting for the train when the group of “grown women” arrived on the platform “being all loud”. 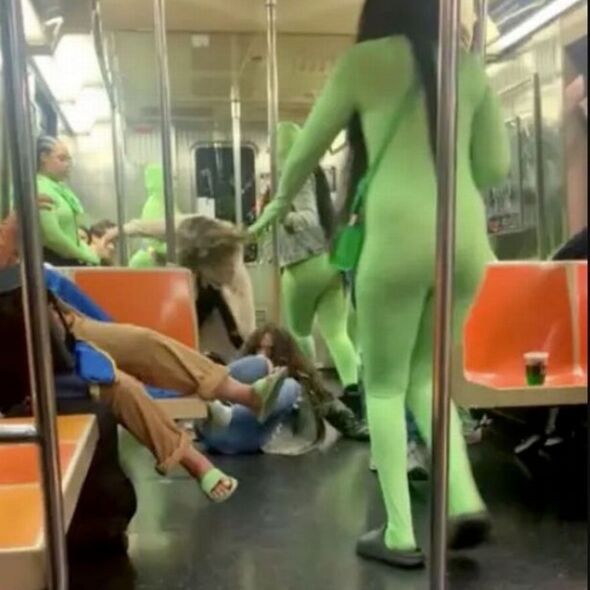 She said her daughter’s friend was bumped into by one of the group, so her daughter suggested they to go into the next carriage.

However, once on the train, she said, the women came through to her daughter’s carriage.

“My daughter, she had like five of the girls on her at one time,” she said.

Despite some passengers trying to help, the victim’s mother said others just stood recording the attack on their phones rather than trying to intervene. 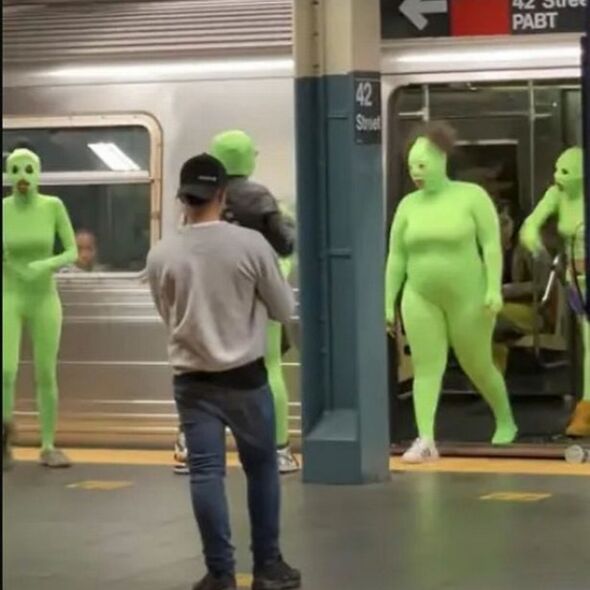 “All these men sitting there taking videos and watching, and none of them helped while a group of 10 women were beating two young girls,” she said.

The mum said her daughter is a business and international business major at a college in Florida and was back home visiting the family in Queens over the weekend when she was attacked.

“She was home from college,” the mother added. Now she’s getting chest X-rays and CAT scans.

“She was supposed to be back in school this morning, but [not now] because of her injuries from being stomped in the head by 10 grown women. 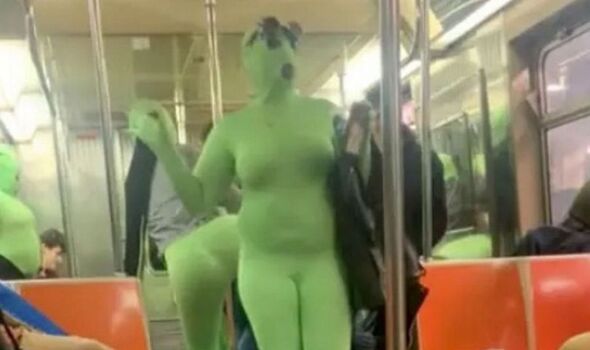 “She’s in excruciating pain. In one video, you can see the one girl kicked her and got her foot caught in my daughter’s purse strap.”

The mum added: “My daughter is tiny. She’s 5ft 4. One of them had a knife strapped to their leg. Thank got nothing else happened.”

“[The daughter] has bruises on both of her arms and legs. One of them bit her shoulder. She has a bite mark through her clothes.”

The other teenage victim’s mum added to The Post that her daughter “was vomiting last night from the concussion, and we’re waiting to get a CAT scan of her head.”