GRIEVING family members have been told to identify their loved ones from a pile of dead bodies wrapped up in plastic bags at a mortuary in India.

Relatives were left traumatised after staff directed them down to the government-run mortuary and were told to fish out their loved ones' bodies alone. 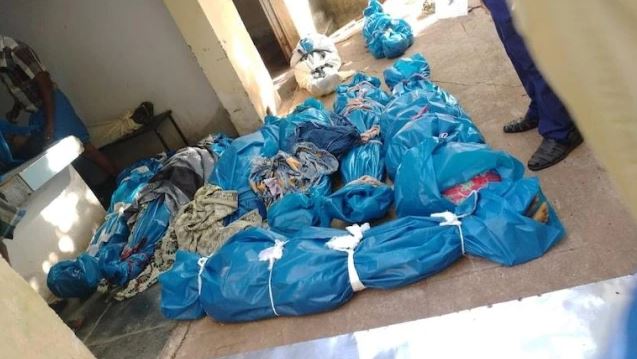 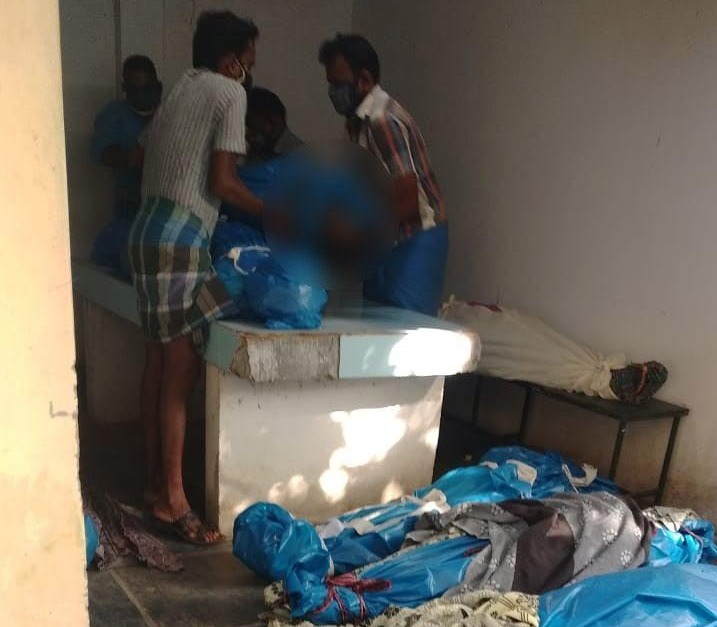 Hospital dean at Theni K Vilakku Government Hospital in southern Tamil Nadu, Balaji Nathan, confirmed the incident to The Independent, and said it was a “unfortunate and sorry state of affairs.”

This comes as shocking footage emerged showing an Indian Covid victim's corpse being thrown from a bridge by relatives.

This recent incident came to light when relatives of a 47-year-old man who died of Covid-19 were told to enter the mortuary, identify and then take his body away, by staff.

Later, the image of 11 bodies loosely wrapped in tarpaulin caused an uproar online.

Some bodies were so poorly wrapped that body parts could be seen poking through the coverings.

The families were also seen handling the bodies themselves without wearing any protective gear, going against the health ministry’s protocols.

Nathan explained that one attendant is usually allowed in to sort through the bodies but that the mortuary was overflowing from the previous night. 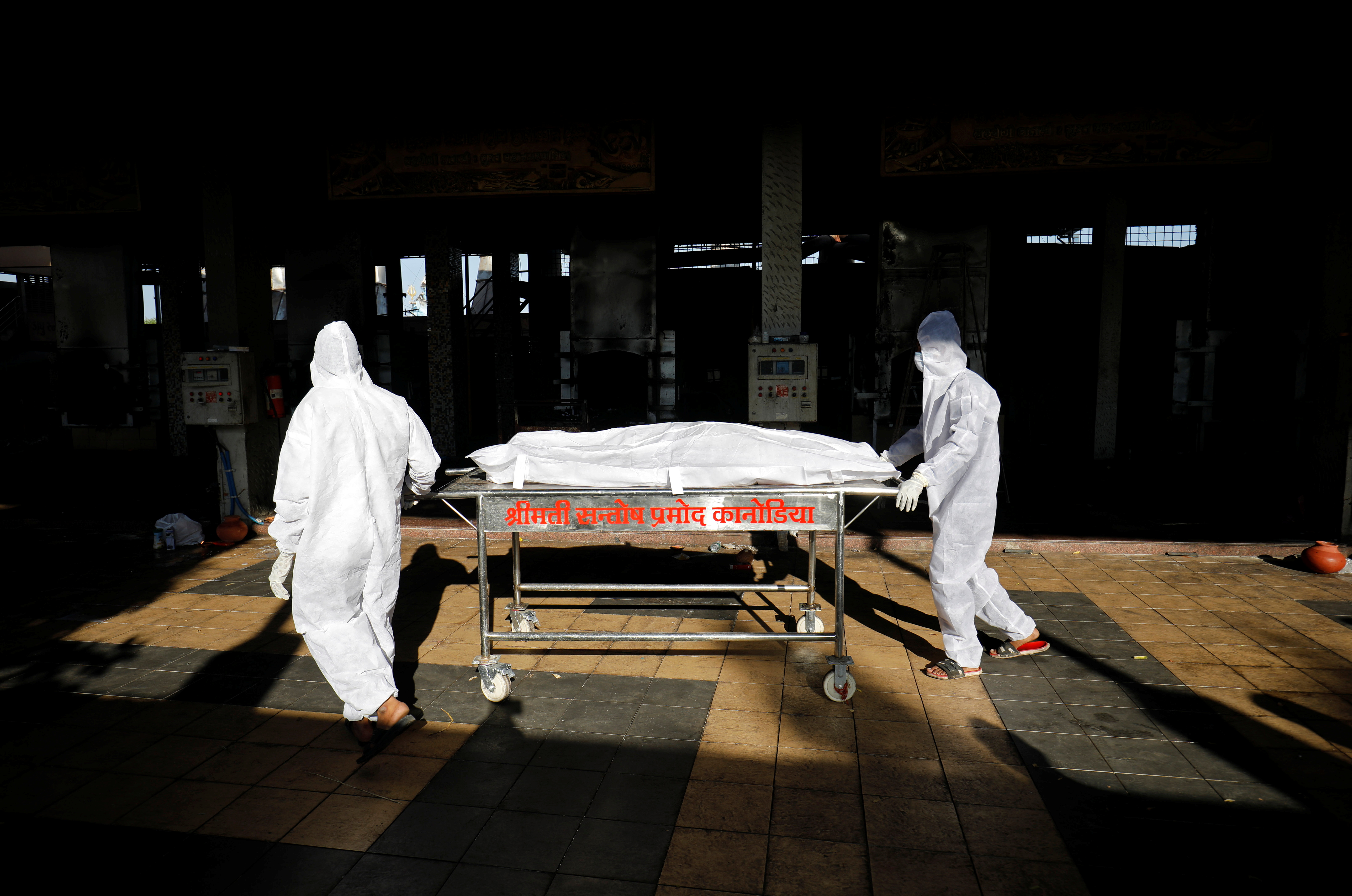 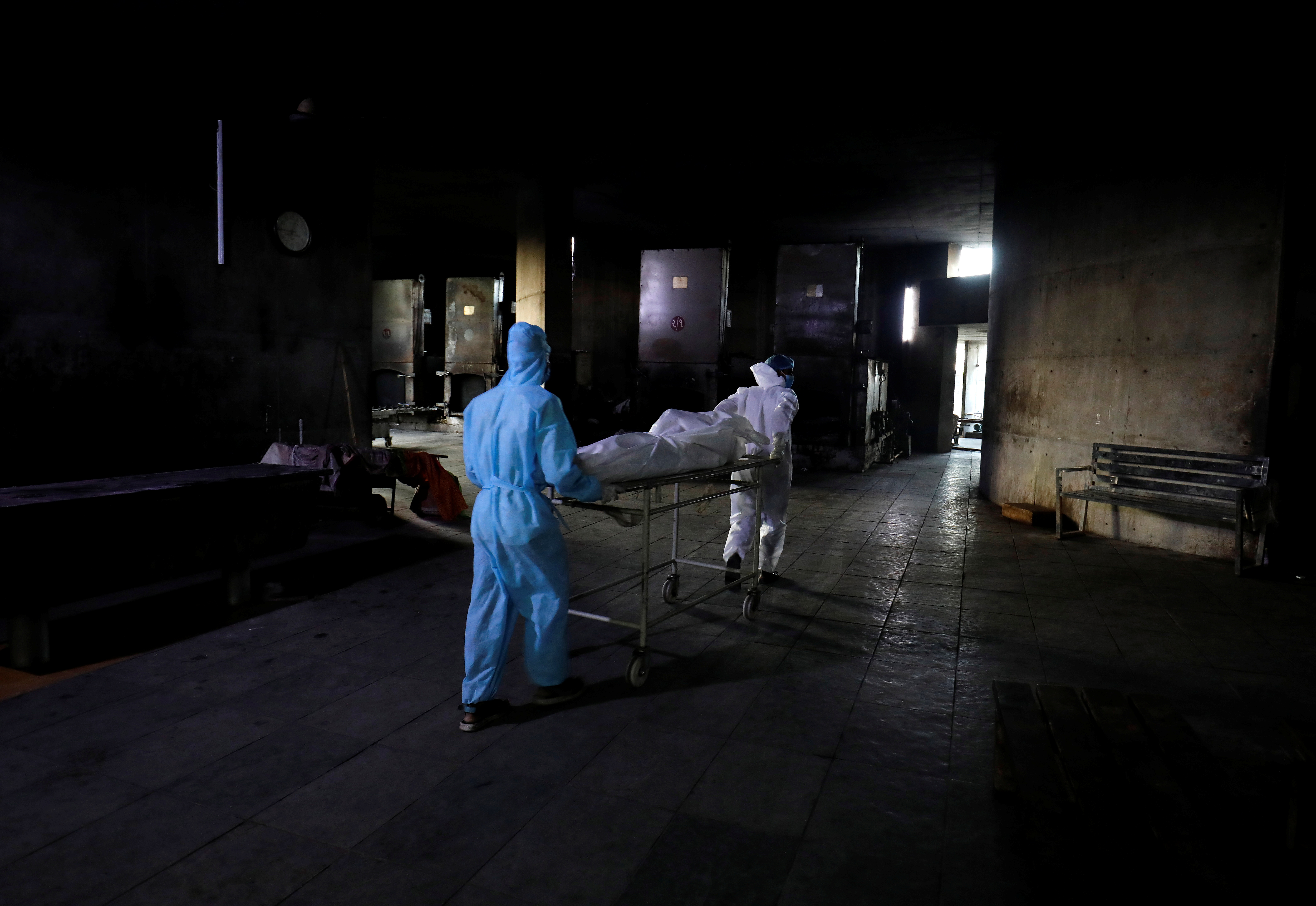 In a bid to speed up the identification process, staff allowed families in to identify and remove the bodies.

"It is unfortunate that two mortuary staff and one security guard allowed the family members in the mortuary room. It is a very small room," Nathan said.

"It is the lapse of the security of the mortuary. Covid related bodies are disposed of time to time in the day hours but the pictures are from early morning after the stagnation of bodies during the night time."

An investigation of the incident has found three staff members at fault.

The security guard on duty has been suspended while departmental action has been taken against the two mortuary attendants.

India is still in the grip of a crippling second coronavirus wave which saw cases peak at 400,000 a day at one point.

Hospitals across the country have been inundated with Covid patients and many have been left without oxygen and medicine to treat them. 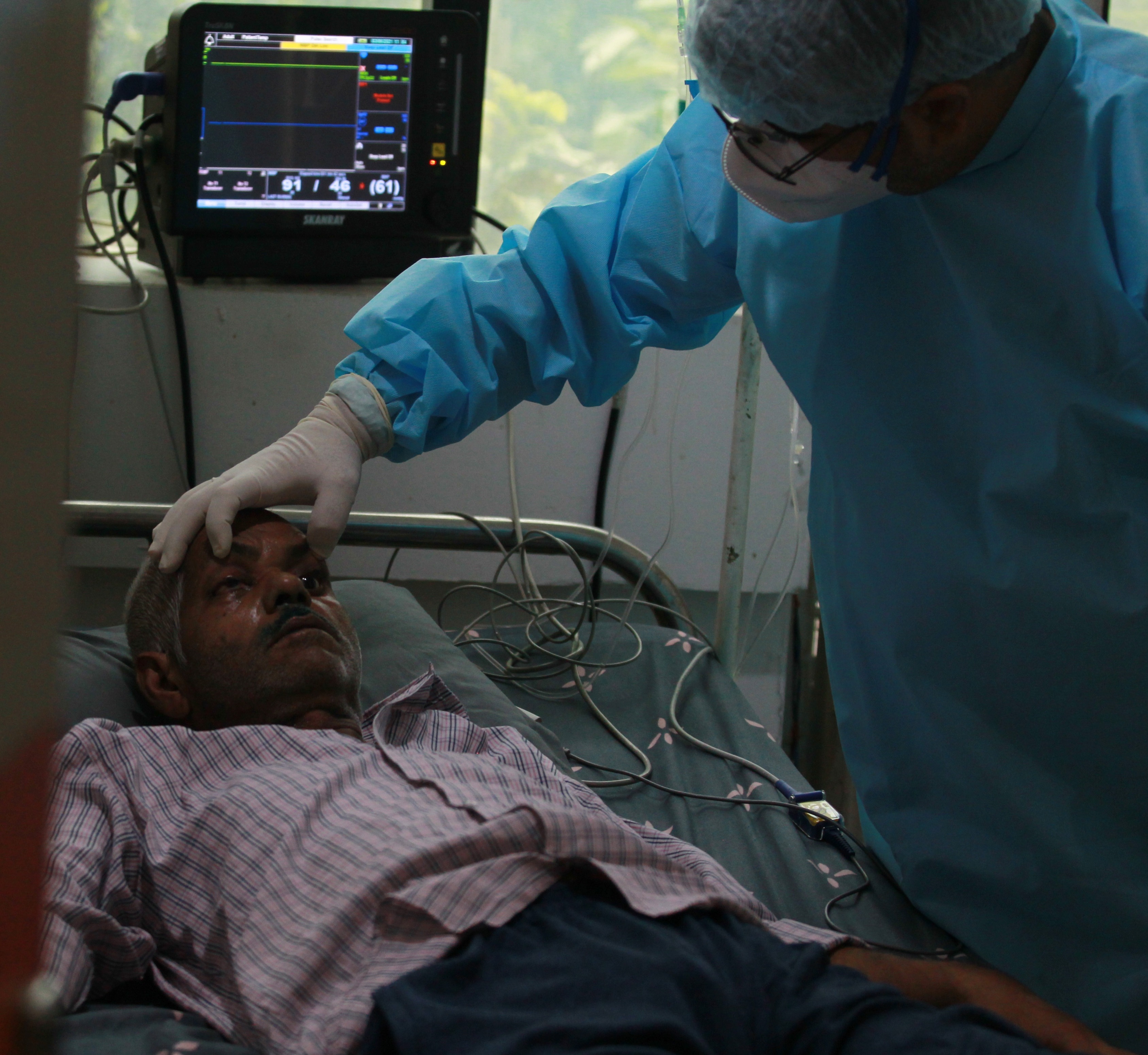 Meanwhile, crematoriums are operating round the clock to cope with demand.

Tamil Nadu, a province in southern India, became the highest contributor to the country’s daily caseload with 26,500 infections on Tuesday.

Nathan has apologised to the families and said that, generally, relatives are barred from approaching the bodies in ordinary times.

The hospital has promised to build a rack system to house more bodies.

This is not the first time pictures of dead Covid patients have caused fury in India.

As the number of cases exploded in April, photos emerged of bodies lying at Dr BR Ambedkar Memorial Hospital in Raipur, Chhattisgarh.

In Uttar Pradesh, half-burnt bodies of suspected Covid-19 victims were found drifting in Ganges river and more were found buried in the sand on the banks.

families’, grieving, rumm, to, told
You may also like: