GUY ADAMS: Meet the butcher of 260 UK troops who boasted of raging jihad… who is now in charge in Afghanistan

A senior Taliban commander named Abdul Ghani Baradar gave an interview to Newsweek in 2009 and was asked what the future of his homeland might hold.

‘The history of Afghanistan shows that Afghans never get tired of struggling until they have freed their country,’ he responded. ‘We shall continue our jihad until the expulsion of our enemy from our land… In every nook and corner of the country, a spirit for jihad is raging.’

Twelve years later, that prediction seems eerily prescient – aside from one minor detail. The Taliban’s ‘enemy’ were not exactly expelled – but instead chose to quit the hostile land of their own accord. 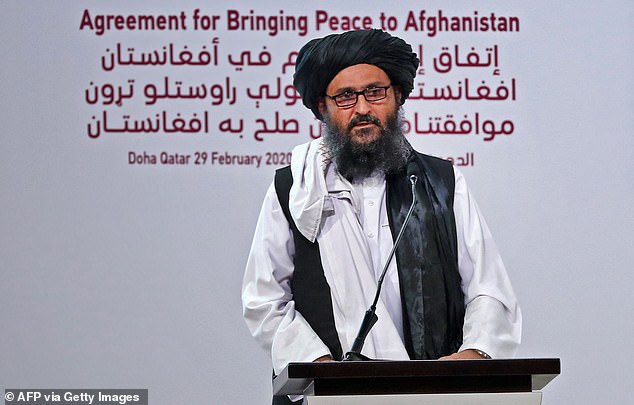 Meanwhile, Baradar, who back then was in deep hiding – the interview was conducted via a network of encrypted phone messages forwarded by his insurgent group’s PR man – has experienced a dramatic uptick in his personal fortunes.

Today, the bearded 53 year old finds himself in downtown Kabul attempting to act like a global statesman as he prepares to be unveiled as presideomarnt of a new Islamic republic.

‘We have reached a victory that was not expected,’ he declared, promising to ‘show humility in front of Allah’, as well as ‘serve the Afghan people and set an example for the rest of the world’.

It’s quite the change in circumstances for a man who, until 2018, was languishing behind bars in Pakistan, having been arrested in 2010 after spending a decade on the run.

Back then, he was the subject of UN sanctions and named by Interpol as one of the world’s most wanted men, thanks to his role overseeing a Taliban insurgency that cost the lives of thousands of western troops.

Baradar, who has spent much of his adult life fighting guerrilla wars, was identified as the mastermind of his group’s murderous tactic of planting ‘flowers’ – their name for improvised explosive devices – on trails and dirt roads, hoping to then ambush small units using automatic rifles and rocket-propelled grenades.

‘Keep your weapons on your backs and be on your motorcycles,’ he reportedly told sub-commanders back in 2008. He added: ‘America has greater military strength but we have greater faith and commitment.’ 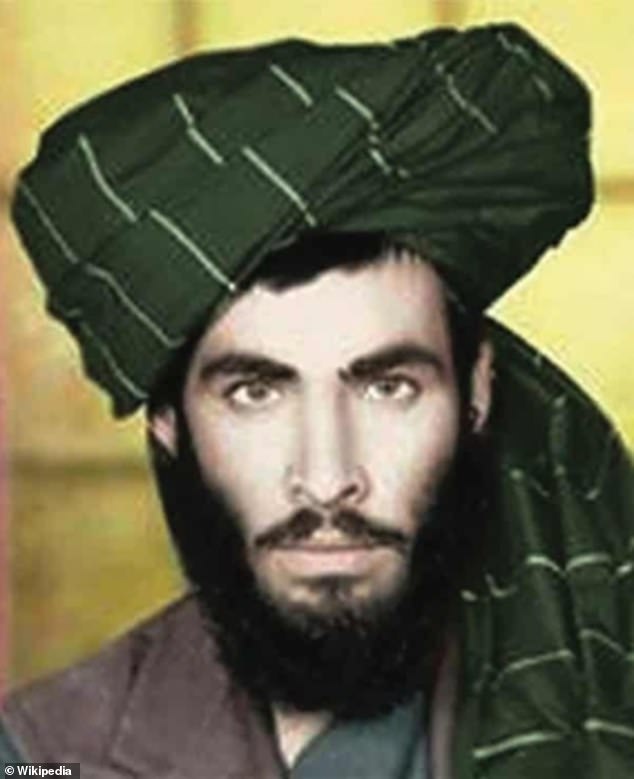 Thanks in part to the success of this deadly strategy, the cunning – if until lately relatively little-known – former warlord may eventually prove to be even more dangerous than his late friend and mentor Mullah Omar.

He was the Taliban boss who effectively ran Afghanistan when it was sheltering the leaders of Al Qaeda in the run-up to the 9/11 terror attacks.

The duo met during the 1980s on the front-line of the Afghan Mujahideen’s decade-long war against the Soviet Union when they became experts at knocking out Russian tanks with rocket-propelled grenades.

Later, after Omar had lost an eye to shrapnel, they travelled to his home district of Maiwand where 20-something Baradar served under his command.

At some point, they are believed to have married a pair of sisters. Omar, who was eight years his protege’s senior, gave him the nickname ‘Baradar’, meaning ‘brother’, as a sign of trust and which he then incorporated into his name.

After the Russians were driven out in 1989, they travelled to Kandahar to set up a madrassa – an Islamic religious school. But with Afghanistan falling into civil war between rival factions, they became disgusted at the behaviour of local warlords who, fighting among themselves, had begun kidnapping and raping girls and boys from surrounding villages.

In the autumn of 1994, Omar held a meeting in the Maiwand district of Kandahar province, where a group of young Islamic scholars – including Baradar – pledged to dedicate themselves to the religious purification of the country and the creation of an Islamic emirate. They called their new group the Taliban.

Its first insurgency, a revolt against a local warlord, involved a tiny force of just 30 men and half as many firearms. But the movement quickly grew and by 1996 controlled the entire country. 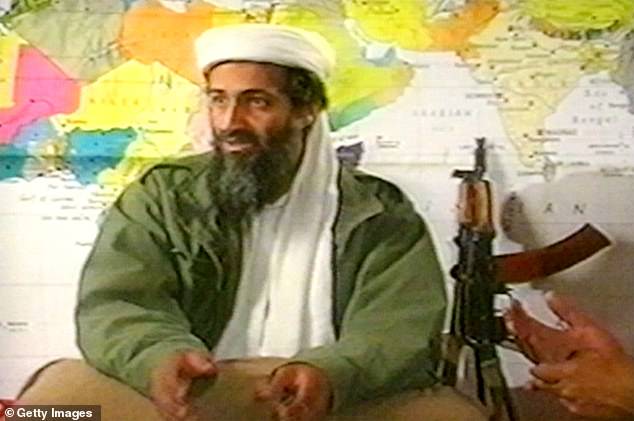 Baradar also built links with Osama bin Laden, the mastermind of the 9/11 attacks from a secret base in the mountainous region bordering Pakistan

Renowned as a canny military leader and politician, Baradar was made the deputy defence minister in the Taliban government, which banned music and art, prevented girls from attending school, forced women to wear burqas and presided over a medieval justice system.

Baradar also built links with Osama bin Laden – the mastermind of the 9/11 attacks from a secret base in the mountainous region bordering Pakistan – according to the New York Times.

After the US invasion, hundreds of senior Taliban hardliners fled.

Baradar is believed to have helped Mullah Omar escape by riding a motorcycle across the border, with his chief on the pillion seat wearing a burqa.

Once on the run in Pakistan, they controlled their group from a network of safe houses. And in 2006, Baradar became its effective deputy leader following the death of a commander named Akhtar Usmani. According to Interpol, Baradar was also a member of the Quetta Shura – the Taliban’s military council – from 2007 onwards.

By 2010, Omar’s health was failing (he’s believed to have died from tuberculosis in 2013) and Baradar was reported to have ‘absolute control’ over the Taliban’s day-to-day operations.

But in February that year, he was finally arrested in a CIA raid on a slum in Karachi, Pakistan.

‘His wife is Mullah Omar’s sister-in-law. He controlled the money. He was launching some of the deadliest attacks against our security forces,’ crowed a senior Afghan official to the BBC.

Tory MP Patrick Mercer, who is a former soldier, declared: ‘It’s a coup he was taken alive… This is the man behind the operations which have claimed the lives of more than 260 British soldiers.’

Yet even though the Taliban’s insurgency continued, its imprisoned leader was executing a surprising volte-face.

Instead of advocating terror, he began lobbying his organisation’s commanders to engage in dialogue with the US and Afghan governments that would allow them to return to power – and see him released from prison.

At the behest of President Trump’s Afghan peace envoy Zalmay Khalilzad – who reportedly believed he’d settle for a power-sharing arrangement – Baradar was freed in October 2018 to participate in peace talks.

The following year, he was named as the Taliban’s chief negotiator in formal negotiations.

Last February, he signed the Doha Agreement in which President Trump had agreed to withdraw all but 2,500 troops from Afghanistan by the time he left office.

That highly-controversial deal, which was sealed via a 35-minute phone call with Trump at the White House, revolved around an agreement that remaining US soldiers would pull out once the Taliban agreed to both stop supporting terror groups and to ensure that Afghanistan is not used as a base for attacks on the West.

With its chaotic withdrawal, the US has kept its side of the bargain. But whether the former jihadi they’ve left in charge remains true to his word remains to be seen.f