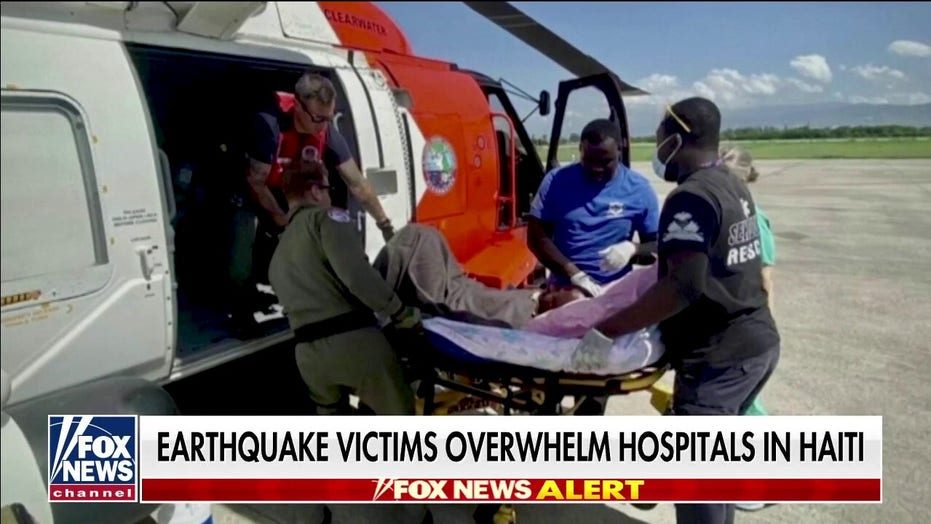 Tropical Depression Grace threatens to hamper recovery efforts in Haiti after a devastating earthquake claimed the lives of thousands as the system is forecast to dump inches of rain across the island.

The 7.2 magnitude earthquake that struck Saturday took the lives of 1,297 people, with at least 5,700 more people injured. The devastation has already strained the island, with survivors in some areas forced to wait outside amid oppressive heat as hospitals remained overloaded. 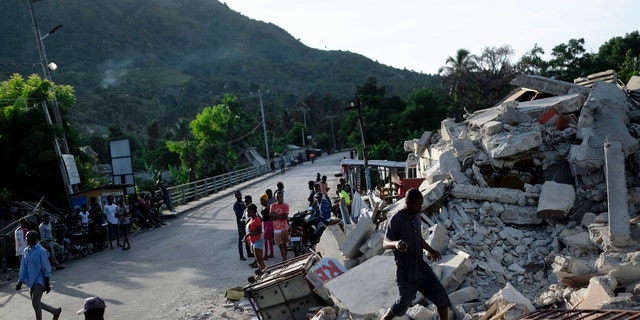 A man walks on a collapsed building in Saint-Louis-du-Sud, Haiti, Monday, Aug. 16, 2021, two days after a 7.2-magnitude earthquake struck the southwestern part of the hemisphere’s poorest nation on Aug. 14.(AP Photo/Matias Delacroix)

The situation could grow more severe now that Grace has made landfall: The National Hurricane Center warned that despite Grace weakening from a tropical storm to a tropical depression, it still posed a threat. A tropical storm watch remains in effect for the island of Hispaniola, which contains the Dominican Republic and Haiti.

Current forecasts could see up to 8 inches of rain and isolated maximum rainfall of 15 inches in some areas, which could trigger flash flooding and mudslides, especially in the mountainous areas of the island, according to the Weather Channel. People injured during the earthquake are treated in the hospital in Les Cayes, Haiti, Sunday, Aug. 15, 2021. The death toll from a magnitude 7.2 earthquake in Haiti climbed to more than 1,200 on Sunday as rescuers raced to find survivors amid the rubble ahead an approaching tropical storm.  (AP Photo/Joseph Odelyn)

The system can sustain windspeeds of 35 miles per hour, with some gusts up to 40 miles per hour as well. These conditions could challenge government agencies as they continue to search for survivors and provide relief amid shortages of water and shelter. 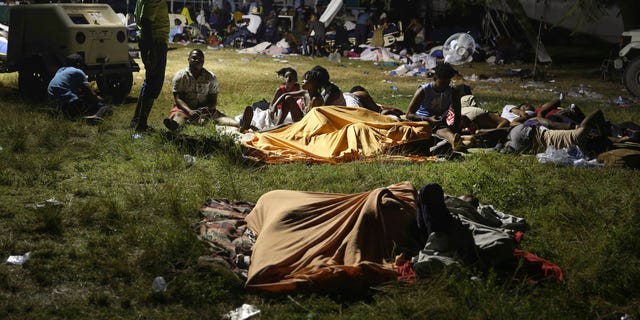 People displaced from their earthquake destroyed homes spend the night outdoors in a grassy area that is part of a hospital in Les Cayes, Haiti, late Saturday, Aug. 14, 2021. A powerful magnitude 7.2 earthquake struck southwestern Haiti on Saturday. (AP Photo/Joseph Odelyn)

The U.S. Coast Guard, which has assisted in operations over the weekend, said that the storm is a complication but indicated it is not a significant one from their standpoint.

A Coast Guard spokesperson told Fox News that the storm is “just another thing” they need to deal with and that they will “adapt” and “still do what needs to be done” to try and save lives. 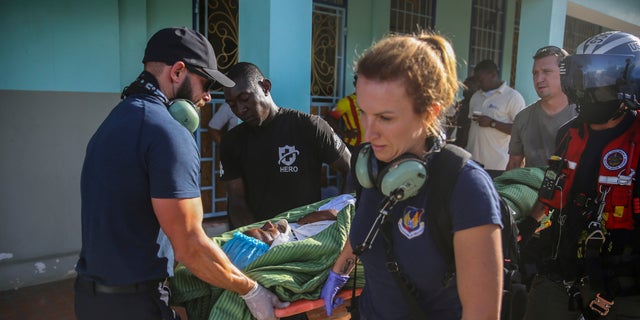 A person injured in the earthquake is transferred to a US Coast Guard helicopter in Les Cayes, Haiti, Monday, Aug. 16, 2021, two days after a 7.2-magnitude earthquake struck the southwestern part of the country. (AP Photo/Joseph Odelyn)

Forecasts indicate that Grace will regain strength as it moves across the Gulf of Mexico, bringing heavier rain and winds to the Yucatan Peninsula by Wendesday or Thursday.

Meanwhile, Florida residents remain on alert to Tropical Storm Fred, which gained strength over Sunday as it moved closer to making landfall.