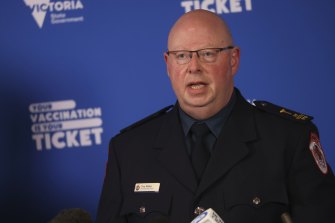 Some had become so distressed by unlawful treatment at work they had attempted suicide, the report found. More than one in five (21.4 per cent) said they “do not feel safe at all” at work.

Women were more likely to say they felt unsafe and employees said trauma from workplace issues, which included serious discrimination against mothers, far outweighed the trauma they saw on the job.

The year-long investigation found more than a third (34.5 per cent) reported victimisation and the internal complaints process had increased the trauma of victim-survivors.

One told the commission: “I will say that going through that [complaints] process, it pretty much destroyed me. And I was just absolutely humiliated and crushed mentally.” 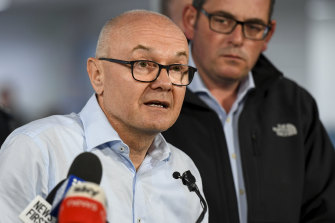 “Of particular concern to the commission are the 16 people who reported that the sexual harassment was ongoing when they completed the survey.”

More employees engaged with the commission on the Ambulance Victoria inquiry than in any of its previous workplace investigations, including the one it conducted on Victoria Police.

The 520-page report, the first of two, noted: “We commonly heard that mental ill-health and stress followed unlawful conduct. For some, this meant feelings of dread about coming to work and undermining confidence and self- esteem.

“Concerningly, for a small group of participants, we heard that their distress was so severe that it had led them to attempt suicide. A number more expressed experiences of suicidal ideation. This cannot continue.”

Commissioner Ro Allen said that “for many people, the impact of these experiences has been profound”.

It found 348 people said they were still experiencing unlawful conduct when surveyed and “this raises serious concerns about the harm that is being experienced by the organisation’s employees and first responders”.

“It also raises serious concerns about the potential harm to others in the workplace, particularly if the alleged perpetrators are not held to account and are able to continue perpetrating without consequence.”

The commission heard extreme distress had produced many instances of people diagnosed with mental health conditions.

“Participants regularly told us that the discrimination, sexual harassment, victimisation and/or bullying that they had been subjected to had caused them to contemplate suicide and/or self-harm. For others it was because of the way in which the organisation responded.” 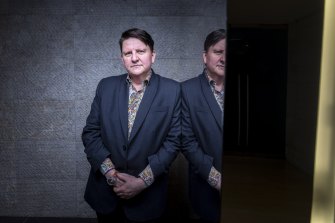 “The commission was concerned to learn that Ambulance Victoria did not treat discrimination, sexual harassment, bullying and victimisation as a significant organisational risk until a recent shift in approach aligned to the commencement of this review,” said the report, overseen by Ms Allen.

It noted with “great concern” that 33 respondents indicated they had experienced pressure or requests for sex or sex acts and 12 “told us that they had been subjected to actual or attempted rape or sexual assault while at Ambulance Victoria”. Nearly one in five (17.4 per cent) said they had experienced sexual harassment.

Profound lack of trust in the organisation and its processes had obscured the extent of the problems “and undermined the efficacy of efforts to monitor and assess risk”.

Ambulance Victoria chief executive, Tony Walker, said the report was “deeply confronting” and he would make a full apology to staff for the harms they had incurred at work. Some may be eligible for financial compensation, others may benefit from a restorative justice process recommended by the commission. 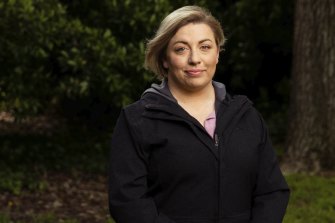 Mr Walker said the commission was not permitted to release the names of alleged offenders identified by the 2163 staff who answered the commission’s survey, the 255 who spoke to it or more than 140 who wrote to it, but he had already referred two cases of alleged sexual assault to police after he became aware of allegations.

Other cases of unlawful behaviours revealed by those who came forward after The Age reported claims of widespread harassment and bullying in late 2020 had been referred to the Independent Broad-based Anti-Corruption Commission (IBAC).

Ambulance Victoria chair Ken Lay described the report as painful and confronting. “It has laid bare a significant part of Ambulance Victoria that many might not believe existed, but it does,” he said in the forward.

”This may well mean we are exposed to civil action, it will definitely mean we will set up a piece of work that allows people to be heard and share their pain and that they can be compensated in some way for that,” he said.

He said a story told to the commission by a woman paramedic who was afraid to sleep in the dormitory accommodation at her base, so slept on a couch in a public area to avoid potential harassment was “chilling”.

“There’s a whole lot of terrible things in this report but to me that was the most chilling: you’ve got this vision of a paramedic basically just frightened to go to sleep,” he said.

Not knowing the identity of offenders who may still be in the organisation made it difficult to act.

“When you’re talking about sexual assaults and rapes, these are criminal offences where people could go to jail. It irks me, it worries me, it feels awful that we could have people in our paramedic workforce and … corporate workforce that are offending in this manner,” Mr Lay said.

Victoria’s former police chief called for the inquiry after many paramedics told The Age of a culture of fear and retribution, and victimisation of those who complained.

Ambulance staff said they had experienced or witnessed serious harassment or discrimination including female paramedics being told not to have children if they want their career to progress, sexual harassment of female paramedics by senior staff as they were giving life-support, and a young first responder being told by her manager while driving in a remote area “I could tie you to a tree and rape you”.

While many stressed that most male paramedics supported gender equality, a “boys’ club” culture entrenched in some long-standing pockets of management had enabled unlawful behaviour, which several people said had caused them to have suicidal thoughts or plan how to take their lives.

The Commission made 24 recommendations detailing changes that could be actioned immediately to “begin rebuilding a safe, respectful and inclusive workplace”. As the inquiry started, Mr Walker said all of its recommendations would be accepted.