HAMAS has fired seven rockets at Jerusalem over Israel's "crimes and aggression" after a holy mosque was stormed by cops, it has been reported.

The blast came moments after the extremist organisation issued an ultimatum for Israel to withdraw security forces from two areas in the city. 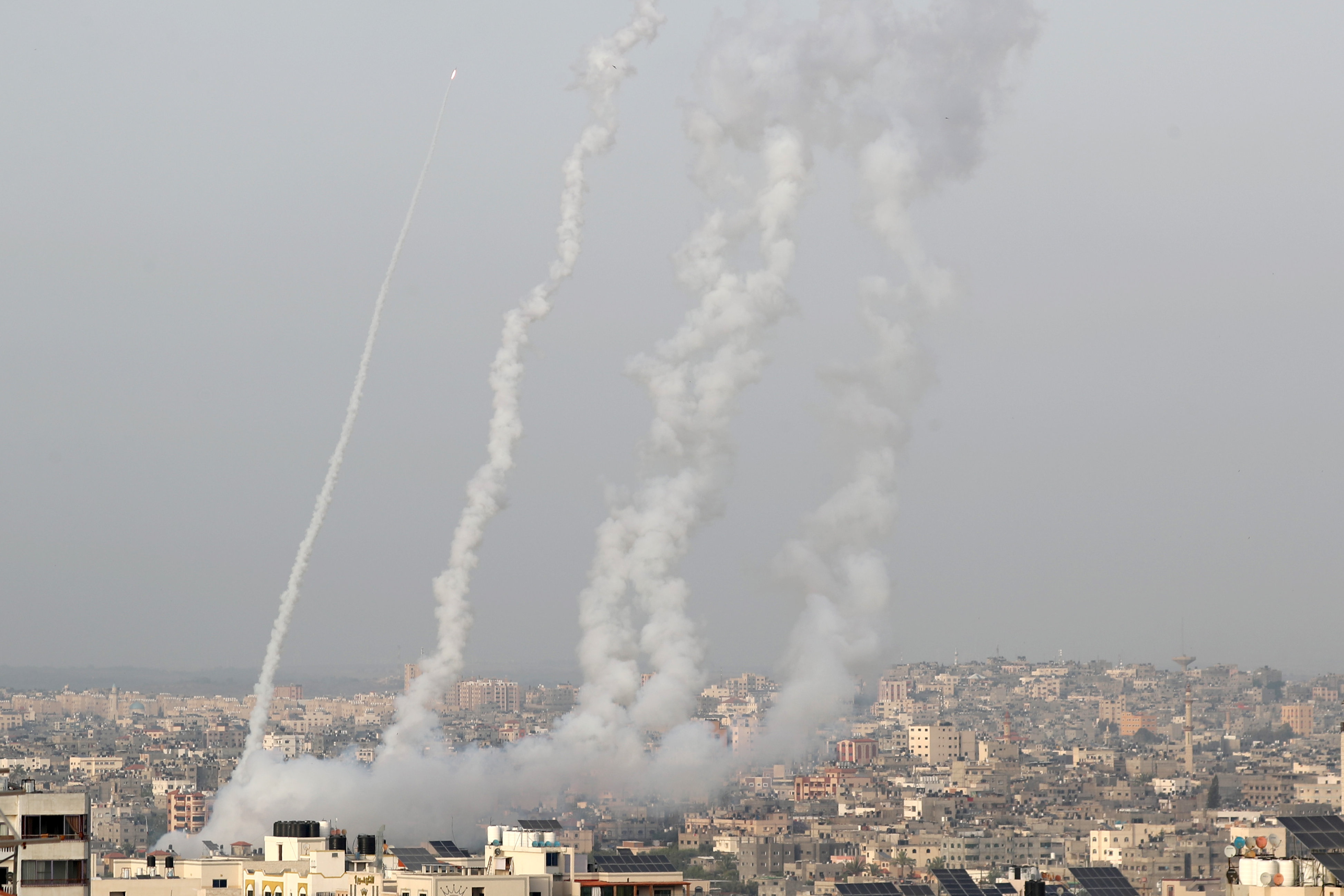 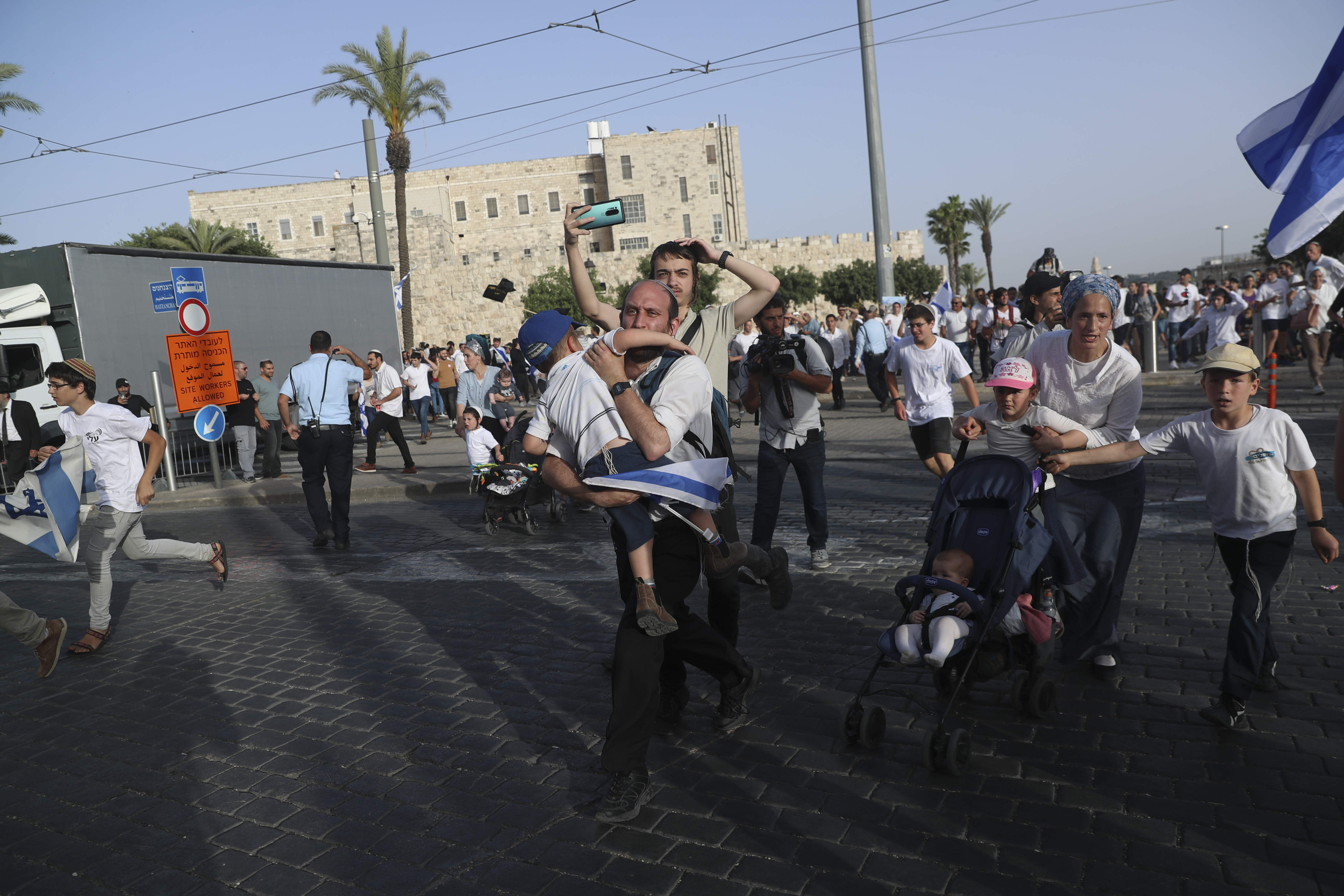 Hamas claimed responsibility for the attack, branding it a retaliation for Israeli "crimes and aggression".

Hamas militants in the Gaza Strip fired rockets toward Jerusalem on Monday, setting off air raid sirens throughout the city, with at least one person injured.

Shortly after the sirens sounded, explosions could be heard in Jerusalem.

The Israeli Army said there was an initial burst of seven rockets, one was intercepted, and rocket fire was continuing.

Abu Obeida, spokesman for Hamas military wing, said the rocket attack was a response to what he called Israeli crimes and aggression in Jerusalem.

"This is a message the enemy has to understand well", he said.

He threatened more attacks if Israel again invades the sacred Al-Aqsa compound or carries out evictions of Palestinian families in a neighborhood of east Jerusalem.

The blast came as thousands of Israelis, including right-wing groups, joined a "Flag March" today, which is considered "Jerusalem Day" – an Israeli national holiday that celebrates the establishment of Israeli control over the Old City.

It comes after hundreds of people were injured as Palestinians clashed with Israeli cops as they stormed the Al-Aqsa mosque in Jerusalem.

Violence erupted for a third night in a row with many were struck by rubber bullets, stun grenades and tear gas ahead of a planned Jewish nationalist march. 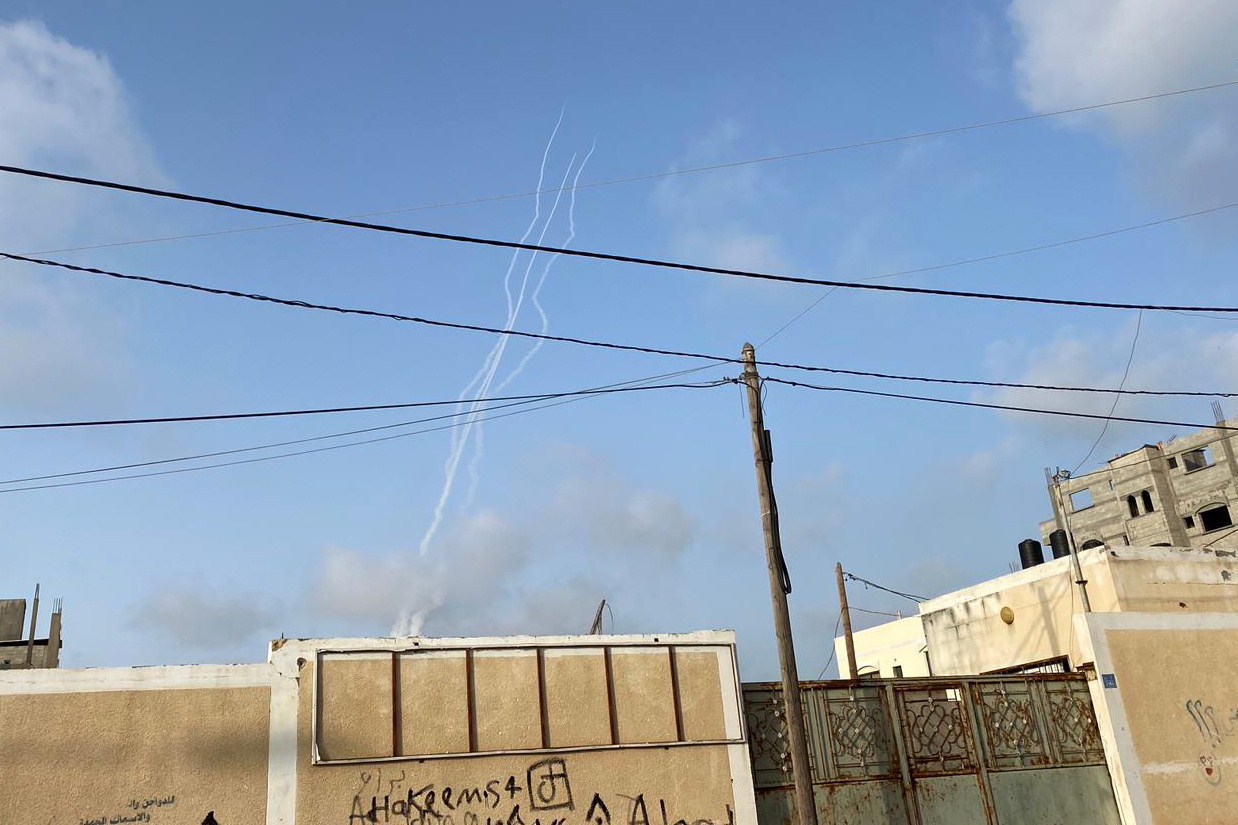 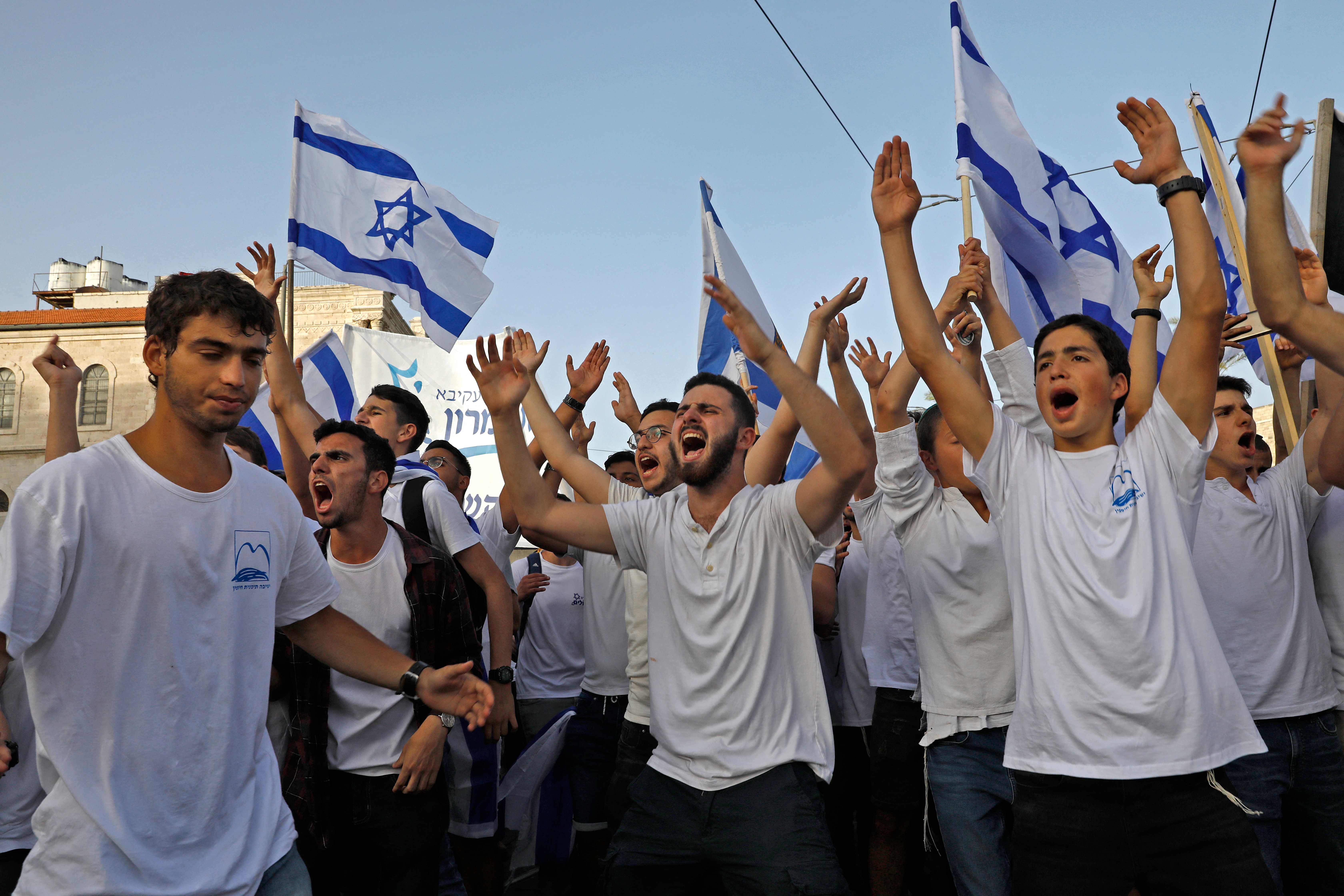 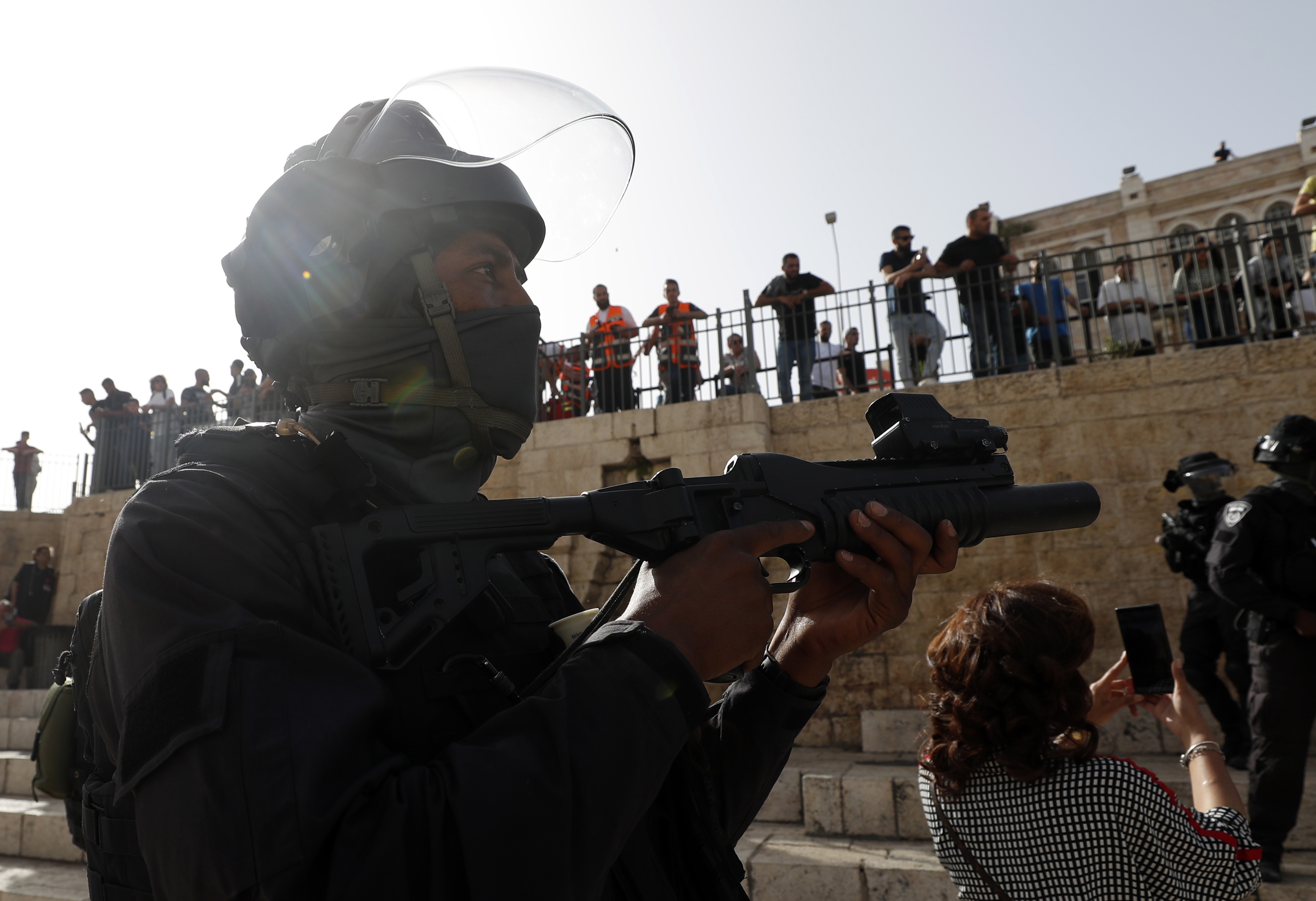 At least 220 were injured when security forces charged Al-Aqsa, claiming that Palestinians had thrown fireworks and rocks at them.

More than a dozen tear gas canisters and stun grenades landed in the Al-Aqsa mosque, Islams third holiest site, according to Associated Press.

Some 153 who were hospitalised, Palestinian medics said.

Four of the injured were in serious condition. Police said nine officers were hurt too.

Shocking video shared on social media also showed the moment a driver rammed into a group of people near the Lions' Gate as clashes continued at the Temple Mount in the Old City of Jerusalem.

It is thought that the driver lost control after Palestinian protesters hurled rocks at the car. 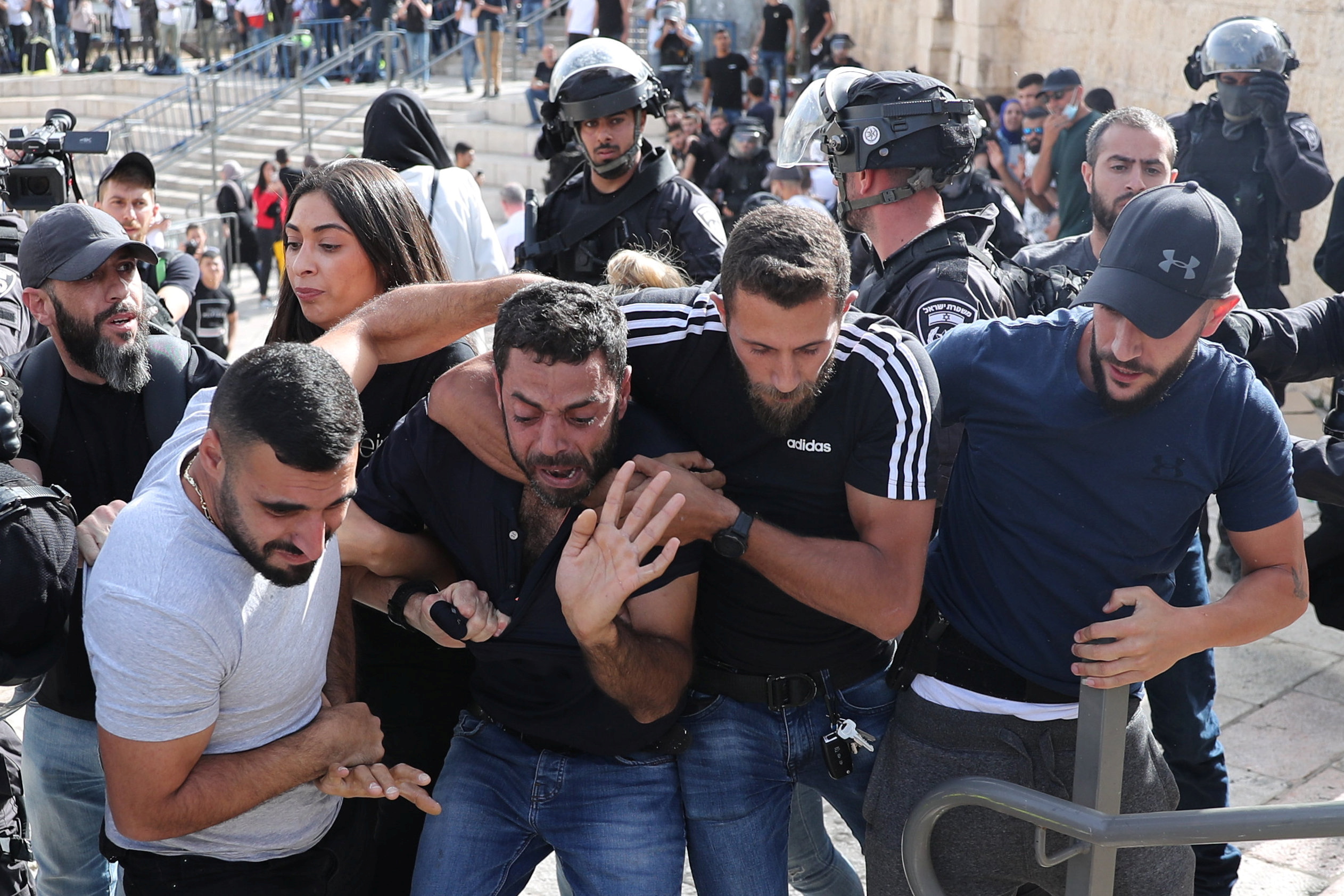 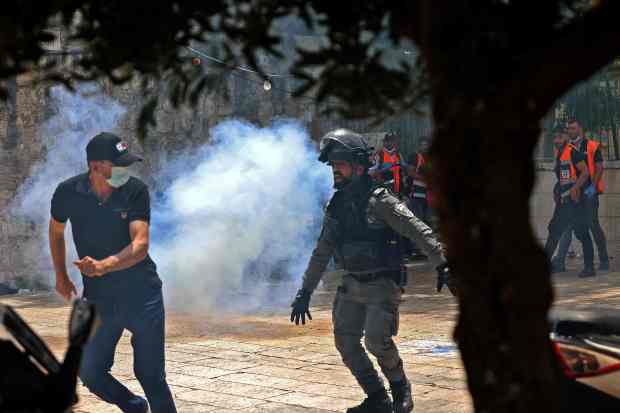 At least 460 Palestinians have been hurt in total as consecutive days of fighting flared up at the holy city's Mosque, with more than 20 officers also injured.

Monday's confrontation is the latest in the sacred compound after days of mounting tensions between Palestinians and Israeli troops in the Old City of Jerusalem, the emotional ground zero of the conflict.

Hundreds of Palestinians and about two dozen police officers have been hurt over the past few days.

The site, known to Jews as the Temple Mount and to Muslims as the Noble Sanctuary, is also considered the holiest site in Judaism. The compound has been the trigger for rounds of Israel-Palestinian violence in the past.

In the early hours of Monday morning, protesters barricaded gates to the walled compound with wooden boards and scrap metal, AP reports.

Then, after 7am clashes erupted, with those inside the compound throwing stones at police deployed outside. Police entered the compound, firing tear gas and stun grenades.

At some point, about 400 people, both young protesters and older worshippers, were inside the carpeted Al-Aqsa Mosque. Police fired tear gas and stun grenades into the mosque.

Police said protesters hurled stones at officers and onto an adjoining roadway near the Western Wall, where thousands of Israeli Jews had gathered to pray.

‘Hamas, fires, Into, rockets, seven
You may also like: