New benefits for non-union Starbucks (SBUX) employees are upping the stakes between the coffee giant and union organizers who recently visited the White House, with potential legal implications.

"We must reintroduce joy in the customer and emotional connection back into the partner experience," Schultz said Starbucks’ Q2 2022 earnings call. "We do not have the same freedom to make these improvements at locations that have a union or where union organizing is underway." 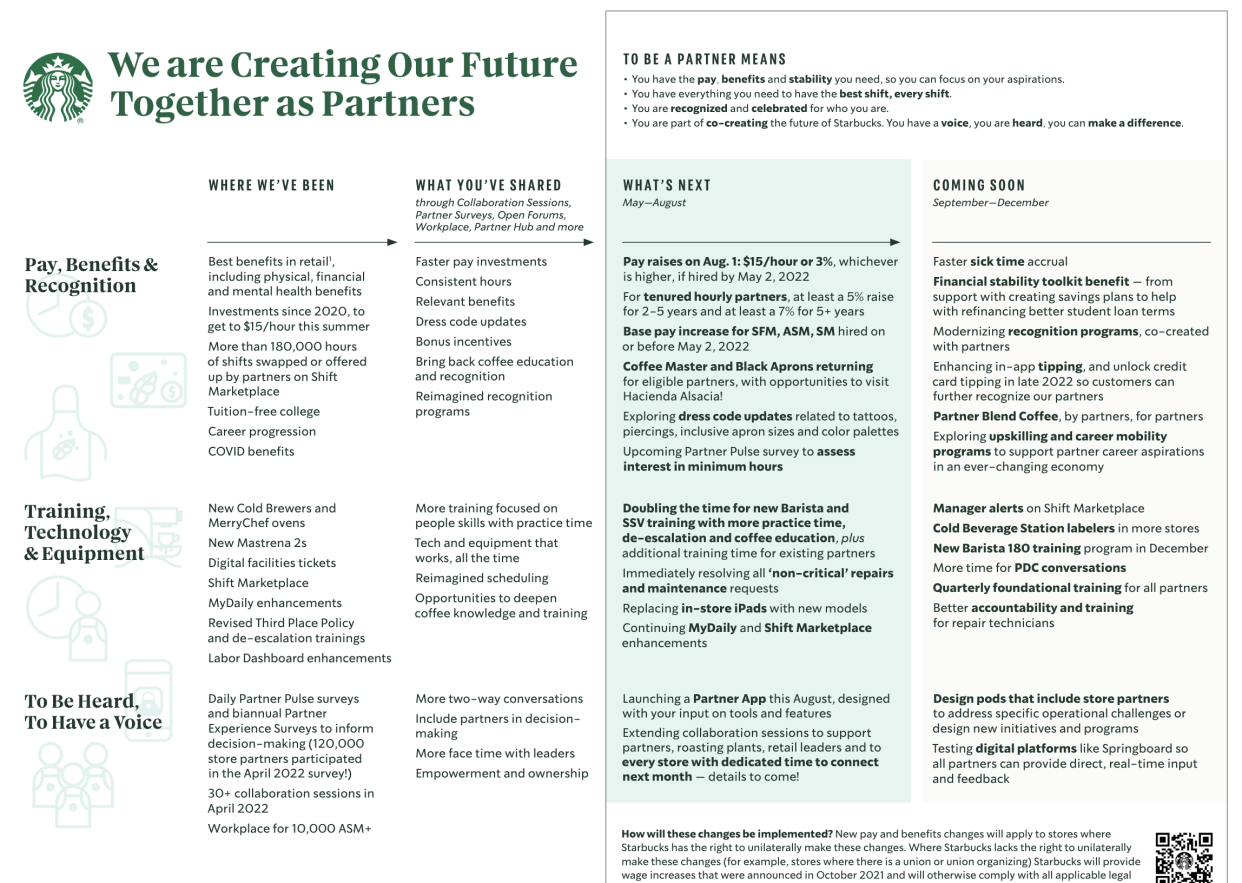 Starbucks Workers United, the union representing the baristas nationwide, alleged that Schultz's comments would have an immediate "chilling effect" on organizing campaigns and impending votes nationwide.

The timing is notable: Once workers vote to unionize and the tally becomes certified, the employer would technically have to freeze the current levels of benefits and wages in what is called the "status quo period." 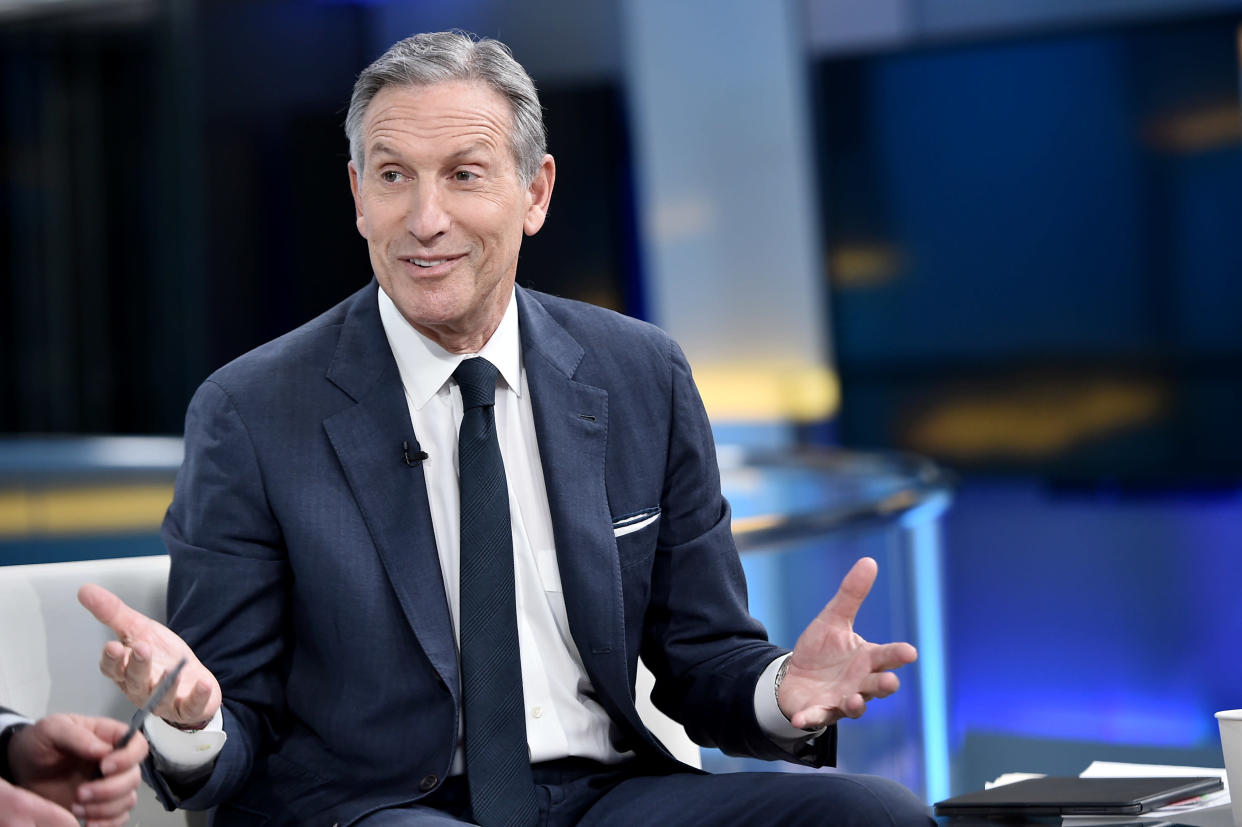 At the same time, the National Labor Relations Act (NLRA) prohibits employers from promising benefits to employees on the condition that they reject a union.

Marion Crain, a law professor at Washington University, told Yahoo Finance that Starbucks seems to be making the "good side" of their argument about benefits, "not the side that the workers need to hear from the union, which is [the company] can take them away unilaterally, just like you can give them unilaterally if you don't have a union."

In a letter from Starbucks Workers United's counsel to the National Labor Relations Board (NLRB), an independent federal agency tasked with enforcing U.S. labor law, the union claimed that Schultz's comments are in violation by "threatening to withhold newly-devised benefits from employees who decide to unionize."

The letter further asserted that "Starbucks has always been able to pay its partners much more and to provide more generous benefits, but it wasn't until the workers started this movement to unionize that the company is finally offering some improvements." 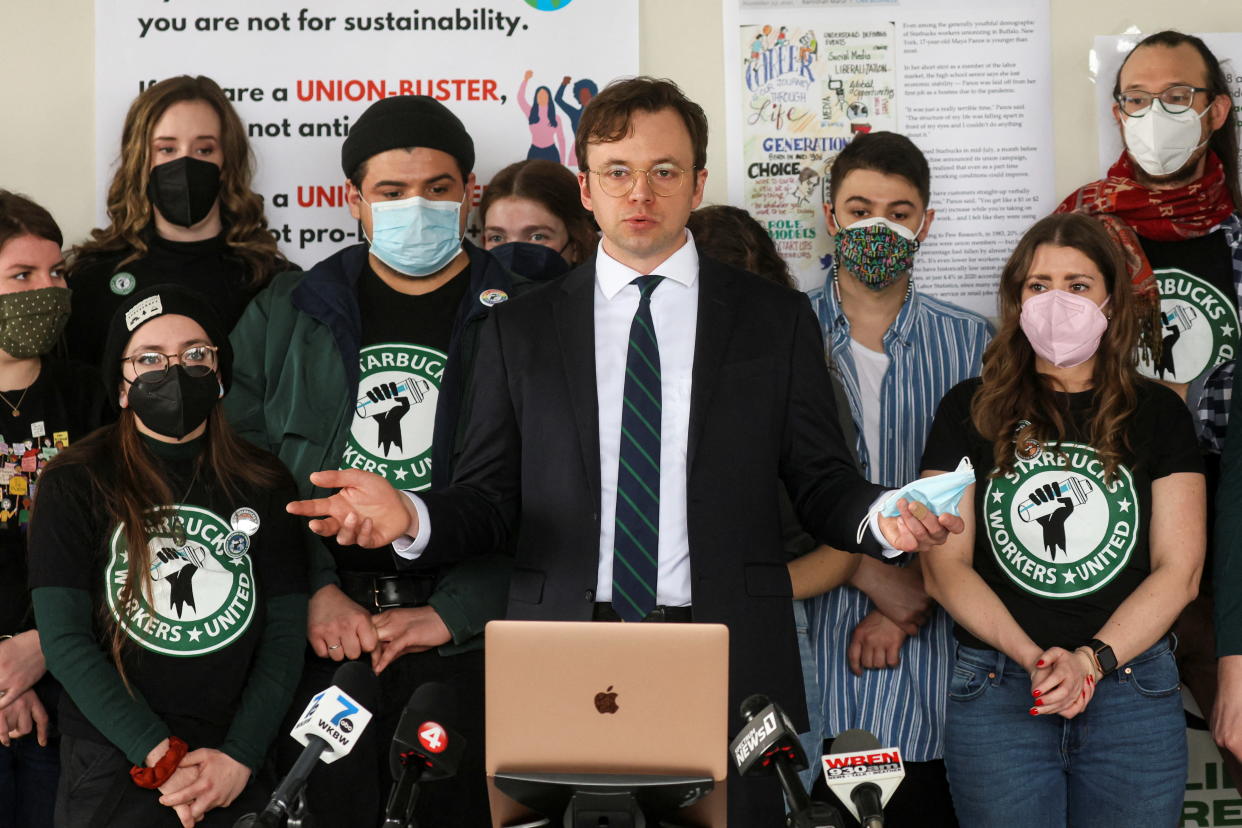 Since returning to the Seattle-based coffee giant in April as interim CEO, Schultz has sought to create a new employee experience at Starbucks as the company combat's the growing unionization push.

“Federal law prohibits us from promising new wages and benefits at stores involved in union organizing," Schultz said during the earnings call. "And by law, we cannot implement unilateral changes at stores that have a union."

"Starbucks is permitted by law to offer these benefits to workers at unionized stores," Starbucks Workers Union argued in their letter. "Our bargaining committees will demand that these modest improvements be given immediately to all the partners." ' 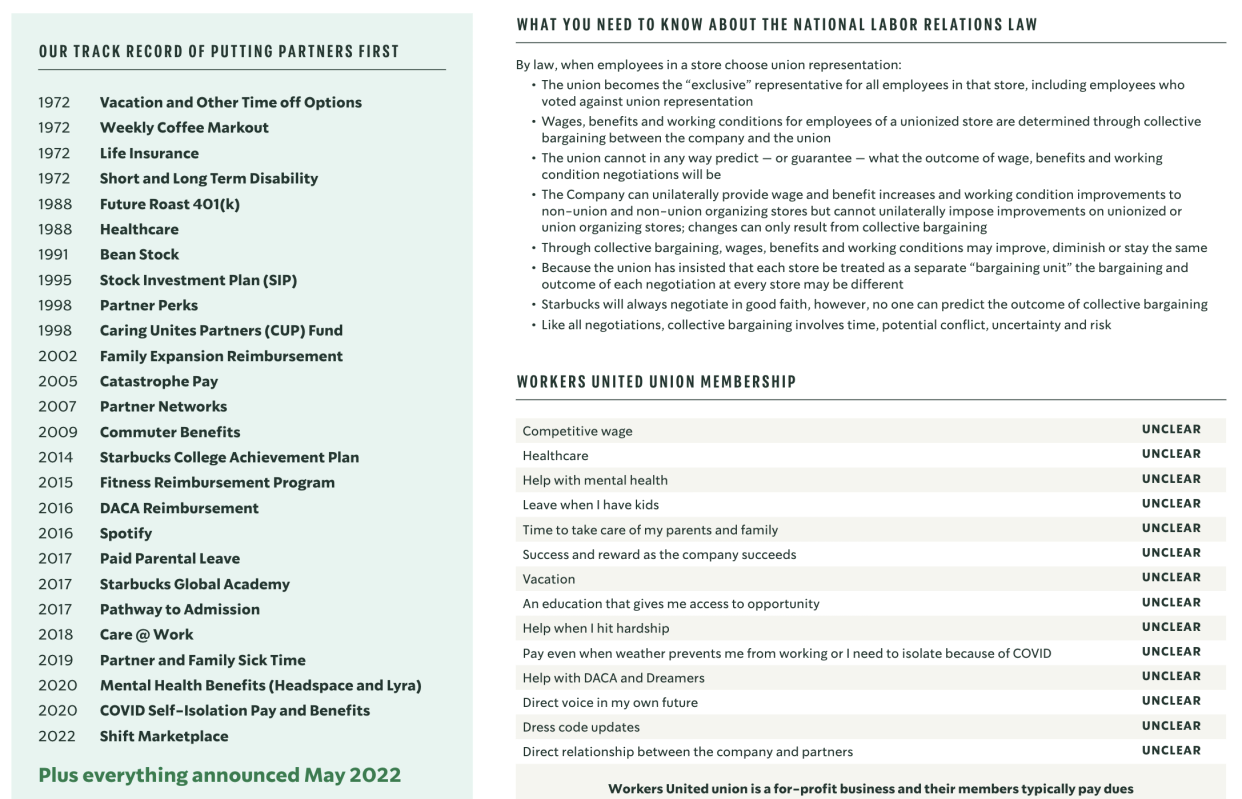 "We have a responsibility to inform our partners of their compensation and benefits and the federal laws related to such benefits during unionization," Starbucks spokesman Reggie Borges said in a statement to Yahoo Finance. "We fully disagree with the mischaracterizations, baseless accusations, and the falsehoods presented and are concerned with the impact such statements may have on our partners who disagree with the Workers United Organizers."

Borges added that at locations "where workers have union representation, Starbucks will continue bargaining in good faith as required by federal law."

On Friday, Labor Secretary Marty Walsh told Yahoo Finance Live (video above) that three-time Starbucks CEO Howard Schultz should invest "in all of his workforce," not just the stores without unions.

“I don't think he can just invest in the people, the dozen shops that organize. That just doesn't seem like a good business model," Walsh said. "I commend him for investing in their salaries, and I also would recommend that the stores that organize to sit down and have a conversation with them.”

Who is the NBA's highest-paid player? Steph Curry, LeBron James lead the pack of top earners

Where is Phil Mickelson during PGA Championship week? You might not recognize him.