‘I have £12.16 left…one-off payments won’t work’: Hard-pressed families beg Rishi Sunak to do more to ease cost of living crisis despite Chancellor’s £15bn giveaway saving EVERY household £400 off their bills

Millions of households will receive a £400 discount off their energy bills after Rishi Sunak moved to counter the soaring cost of living.

The Chancellor had to unveil emergency measures as part of a £15billion package to tackle the impact of soaring inflation, which has reached a 40-year high.

As well as the universal payment there was targeted support for the poorest, the elderly and the disabled – and a £5billion tax will be levied on oil and gas giants.

But families spoken to by MailOnline today said they ‘need a long-term plan from the Government’ amid concerns the new payouts are ‘only scratching the surface’.

Others said the financial support is ‘unlikely to boost sentiment’ and that the Government ‘has been too slow to use some of the huge tools at its disposal’.

Here is what a number of Britons had to say about today’s announcement:

Carole Anne Wilson, 57, who lives in Wrexham, Wales, is retired with a series of illnesses and lives alone on Universal Credit 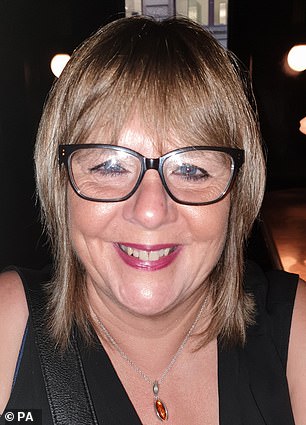 Carole Anne Wilson, 57, who lives in Wrexham, Wales, is retired with a series of illnesses and lives alone on Universal Credit

She said: ‘There’s just not enough being done … there’s nowhere for me to turn.

‘I was feeding myself (in) January, February, March, and then since March my daughter’s providing me with three meals a week.

‘I don’t have breakfast, I don’t have lunch. It’s gone from being able to just about support myself with what I have left, to basically having nothing.

‘It would be more helpful rather than a one-off payment, to up Universal Credit to match that.

‘It’s more manageable to get that money monthly … so you know what’s coming in and going out.

‘My anxiety has gone through the roof. I just can’t cope with the anxiety and the depression, it just gets worse and worse.

‘I can’t even go anywhere because I can’t afford to travel. So I just sit in here all day now.’

Malcolm Baker, 48, and Amy Baker, 41, who live in Wisbech, Cambridgeshire, with their two children Toby, nine, and Lily, seven

‘We need a long-term plan from the Government’

Malcolm Baker: ‘The measures announced today will certainly take off some of the pressure and the Government should be applauded for that.

‘But what we really need to see is more joined up thinking about how to get the economy going again, as that’s the real issue.

‘One-off payments are great but their effect is temporary and we need a long-term plan from the Government, not short-term solutions and thinking.

‘Small businesses, like ours in the beauty sector, are being crippled by the cost-of-living crisis, and that’s happening after two years of the pandemic. We need some blue sky thinking but the Tories, the blue party, seem incapable of it.’ 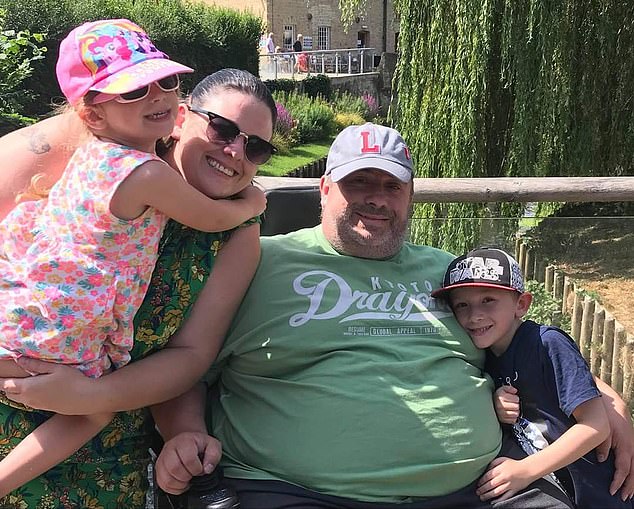 Eddie Young, a magician based in Burton-On-Trent in Staffordshire

‘Any money is welcome but it feels like Rishi is sticking his finger into a hole in the side of a dam.

‘Without joined up thinking and a clear strategy about how to revive the economy, more holes are going to appear and the dam is inevitably going to burst, very likely during the winter months.

‘These payouts will of course provide a degree of support to hard-pressed families but I’m worried they’re only scratching the surface of what is a once-in-a-lifetime economic crisis.’ 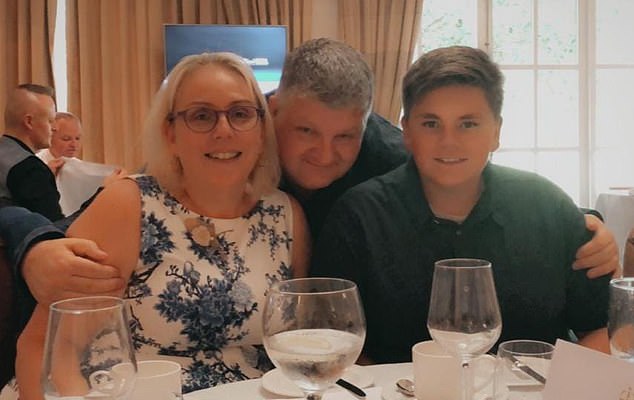 Eddie Young, a magician at Misterey Entertainment in Burton-On-Trent, seen with his family

Marianne Trent, a clinical psychologist based in Coventry 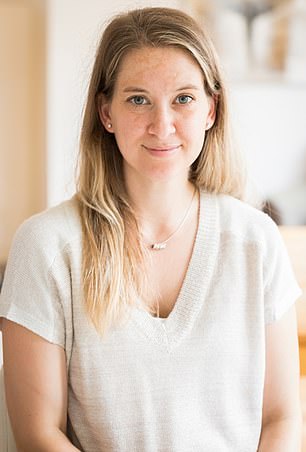 ‘While the hikes in energy bills may have caused a sharp intake of breath for many of us, it is once again those on lower and fixed incomes such as minimum wages and benefits who are being hit the hardest.

‘Initially, when the £200 scheme was introduced many people were aghast at the fact they would have no choice over it and would also need to pay it back.

‘It was essentially being given credit against our will. It will be a real relief that this plan has been scrapped because it was only ever going to feel like ‘borrowing from Peter to pay Paul’.

‘I think people often believe that it is mainly people on benefits who are struggling the hardest at the moment. This just isn’t the case though.

‘People are working full time, for example in supermarkets and admin roles, and are finding that there isn’t enough money to cover essential costs anymore.

‘I really hope that these financial relief packages help people to feel less exposed and to have more control again.’

Natalie Ormond, 40, a sustainable lifestyle expert based in Leeds

‘Support is welcome… but it’s unlikely to boost sentiment’

‘It’s great to see Rishi Sunak finally announce that the oil companies will take a hit on their profits in order to support everyday people.

‘The financial support is welcome, as it’s brutal right now, but it’s unlikely to boost sentiment and that will mean people will continue to avoid spending, something that could be be devastating for small businesses.

‘At Smallkind, orders have halved in the last couple of months and the brands we stock are experiencing similar falls.

‘This year will be make or break for many small businesses so news of further energy price rises is really concerning, despite the support package announced by the Chancellor.’ 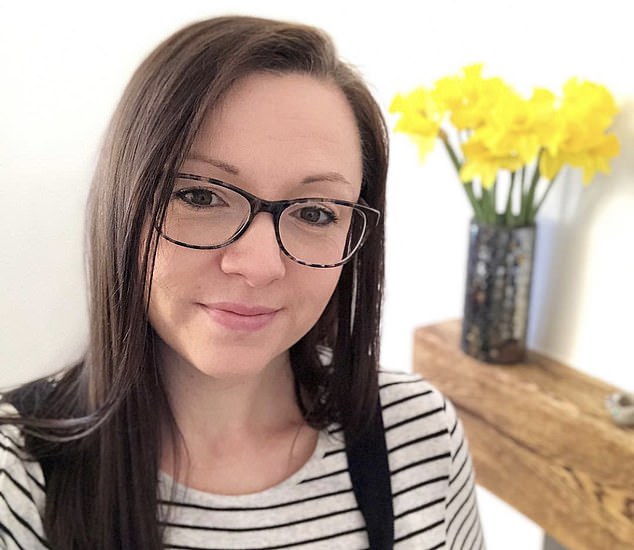 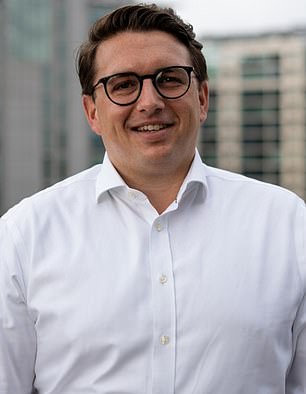 ‘I agree with Rishi that the government can’t solve everyone’s problems all the time, and that some of what is happening are international problems.

‘However the government has been too slow to use some of the huge tools at its disposal.

‘There are many things they could have done sooner to help people cope with rampant inflation.

‘Personally I think that they should focus on some substantial long-term tax cuts rather than short-term grants, which could help consumers and businesses and stimulate the real economy.

‘One-offs and giveaways will help in the short term but not do much to solve the deeper problem. And the current problem runs deep.’

Rachel Hayward, 49, a consultant based in Burton-On-Trent in Staffordshire

‘It’s about time the energy giants were taxed, but I fear it will not be enough. We need longer term measures, not one-off grants.

‘We need measures to help the economy to start firing again. This package feels like a sticking plaster and is not going to have sufficient impact.’ 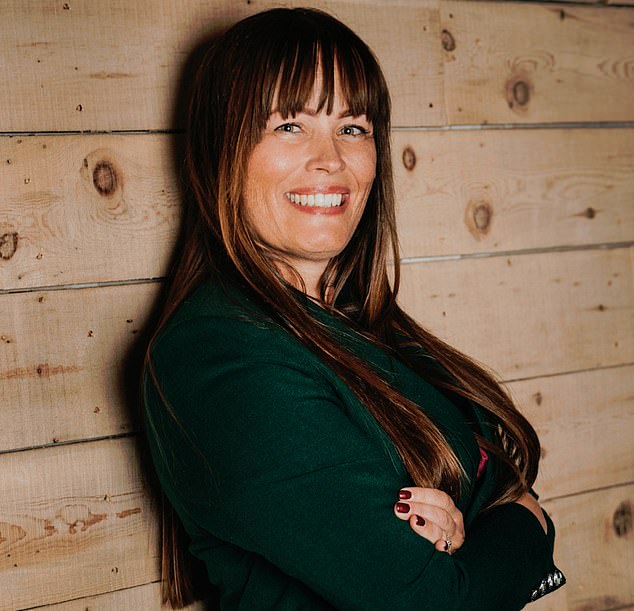 Rachel Hayward, 49, who runs Ask the Chameleon, a consultancy based in Burton-On-Trent

Craig Bunting, 37, a coffee expert based in Derby 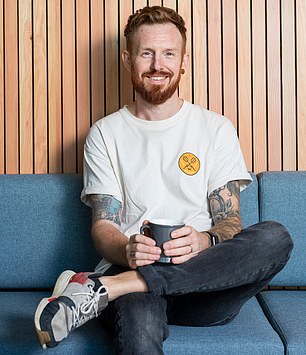 ‘It’s incredibly important to remember how vulnerable people become when businesses fail and employees are no longer employed.

‘The package needs to recognise the key industries that people mostly like affected work within and ensure support is equally directed to those industries.

‘Hospitality is a key industry affected, and I strongly believe reverting back to a 5 per cent VAT would support the industry to keep control of rising costs, including ingredients and energy.

‘It will reduce the need for significant pricing increases that will impact inflation and price people out of affordable luxuries that keep our economy growing.’

Dave Kelly and Tom Dunn, who run a hospitality events company in Bath

Dave Kelly: ‘This feels like a sticking plaster on a gaping wound. Yes, it will provide a degree of support but you get the feeling that the cost of living crisis isn’t going anywhere and one-off grants are not the long-term thinking we need.

‘The cost of living crisis is hitting working people harder than the pandemic did, but the Government has had its guard down on this one.

‘The most vulnerable will likely need even more support as we head into winter and let’s hope the Government is ahead of the curve on that front.’ 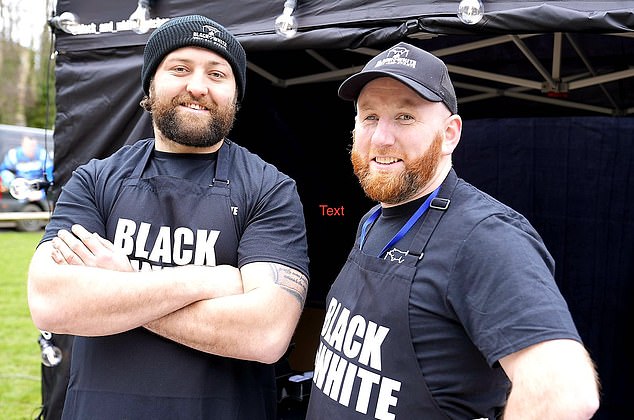 ‘Working class people are currently being clattered from all sides’ 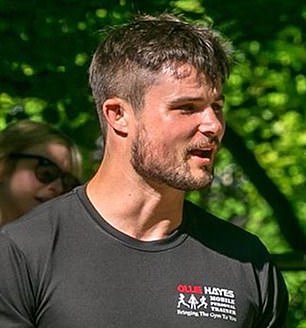 ‘I’ve been at the bottom of many a ruck, but right now running a business and paying your bills is far more brutal.

‘This Government just doesn’t seem to understand what life is like for working class people, who are currently being clattered from all sides.

‘Yes, the support announced today is welcome but the whole thing feels very knee-jerk and hastily put together.

‘Everyone has been saying slap a windfall tax on the energy giants for ages so why has it taken so long for the Government to listen?

‘The people running this country should all be in the Sin Bin.’