London: Prince Harry and wife, Meghan, have dismissed attacks over their decision to share intimate footage and images of themselves and their young children in their Netflix series, arguing that privacy was never the reason they quit the royal family.

The Duke and Duchess of Sussex, who spectacularly quit their official duties as working royals in early 2020 and moved to California, have faced fierce criticism as to why they were prepared to share so much of their personal lives with the world while seeking a “more peaceful life”. 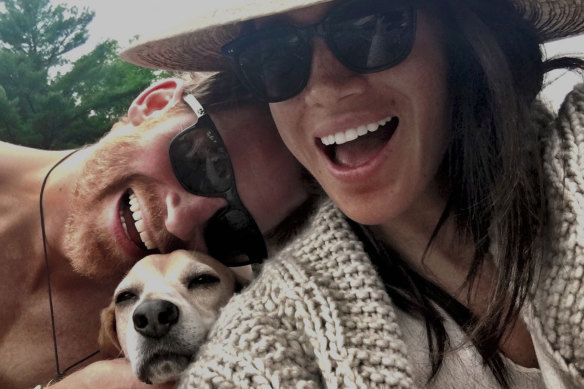 A photo of Harry and Meghan that features in the Netflix documentary.Credit:Netflix

The couple handed more than 15 hours of personal video filmed in the early months of 2020, when they decided to step back from public duties and moved abroad, over for their Netflix series, which drew more than 2.4 million viewers in Britain on the first day it was released. The videos appeared alongside images and footage of their children, Archie and Lilibet at home, photographs from their first dates, the moment the Duke proposed and a voice note that Meghan apparently recorded in the moment for a friend.

Friends have suggested they were seeking a quieter life, while the couple have launched several high-profile legal battles over privacy.

A spokeswoman for the Duke and Duchess of Sussex told The New York Times that the narrative that privacy was a key reason behind the couple stepping back from royal duties and quitting the UK was a false one.

“The Duke and Duchess have never cited privacy as the reason for stepping back,” the couple’s global press secretary, Ashley Hanson, said in a statement. “This distorted narrative was intended to trap the couple into silence. 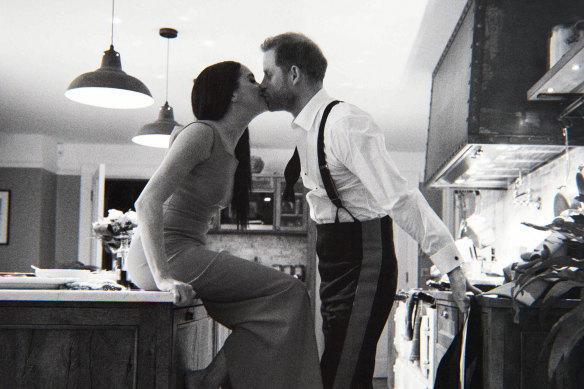 A scene from the documentary Harry & Meghan, directed by Liz Garbus.Credit:AP

“In fact, their statement announcing their decision to step back mentions nothing of privacy and reiterates their desire to continue their roles and public duties. Any suggestion otherwise speaks to a key point of this series.”

Hanson said the couple were choosing to share their story – on their terms – and the tabloid media in Britain had created an “entirely untrue narrative that permeates press coverage and public opinion”.

“The facts are right in front of them,” she said.

Details of the brutal drama within the royal family surrounding the departure from the UK of the couple are expected to be aired in the Harry & Meghan documentary next week.

The pair blindsided their family members, including the late Queen Elizabeth II, in January 2020 when they announced their effective resignation as working royals. The new website, published on the same day, revealed a new media policy that represented an outright rejection of the traditional way the royals have managed media access to the pair.

The pair endured intense press scrutiny since they announced they were dating in 2017, culminating in a decision by the prince to instigate legal action against two newspapers.

“I’ve seen what happens when someone I love is commoditised to the point that they are no longer treated or seen as a real person,” he said at the time. “I lost my mother, and now I watch my wife falling victim to the same powerful forces.”

Much of the popular British press has been fiercely critical of the Netflix series, suggesting that their participation is at odds with their motives for stepping down as working members of the royals.

Negative coverage about the series included an article in The Daily Mail, which said: “For a couple so keen on privacy, they seem to have invested in a lot of custom-built hardware to capture every private moment.”

Conservative MP Bob Seely, from the Isle of Wight, plans to introduce a private members’ bill which would strip Harry and Meghan of their titles.

Meanwhile, Guy Opperman, the employment minister, told the BBC the couple was an irrelevance to Britain.

“I would urge everyone to boycott Netflix and make sure we focus on the things that matter,” he said.

A Downing Street spokesman said it was “a matter for the public what channels they want to watch” and that Prime Minister Rishi Sunak did not support the idea of stripping the duke and duchess of their Sussex titles.