The Victorian health system was starting to show its cracks before COVID hit, but the pandemic has exacerbated them, often pushing it beyond capacity. This was tragically illustrated by a temporary collapse of the triple-zero call-taking system. Other problems persist and are more difficult to fix, including alarming waitlists for elective surgery, patients languishing in emergency for hours, ambulance ramping and worrying accounts of staff burnout. 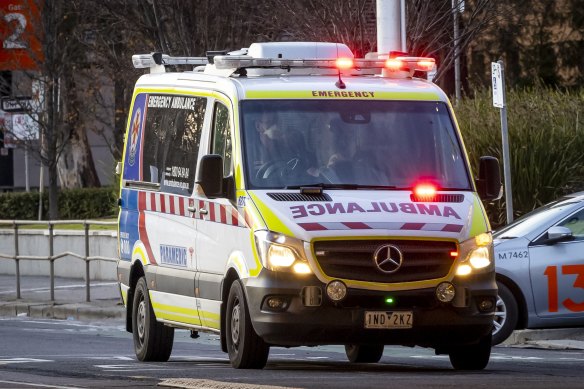 Professor John Wilson told this masthead in May he had left The Alfred hospital after 30 years of service because he could not “keep working in a system where we are not able to deliver top-quality care with limited resources”. In September, it emerged that a Victorian cancer patient had been forced to travel to Adelaide because she was unable to get an MRI scan here — and that a government minister, hearing of her plight, had suggested she should just “roll with the punches”.

Ensuring that everybody has access to top-quality healthcare is, unsurprisingly, a major concern for Victorians heading into Saturday’s election, according to readers and voters who have spoken with The Age for our Victoria’s Agenda project. The fact is, as health reporters Aisha Dow and Melissa Cunningham reveal today, hospital underfunding had already led to bed and staffing shortages before the pandemic – the coronavirus just threw these problems into harsh relief.

Problems with bulk-billing and the GP system – primarily federal issues – mean some patients are missing out on care that, if delivered, might have prevented them from going to emergency departments. Patients who should be treated in aged care or under the National Disability Insurance Scheme are meanwhile stuck in hospital beds while they wait for mandatory assessments before they can be moved out.

We should start to see some improvements as $12 billion from the Victorian May budget begins to flow through the system. This includes $1.5 billion for an extra 40,000 elective surgery procedures and funds to hire and train up to 7000 healthcare workers. More than $300 million spent on the triple-zero service means most calls are now being answered on time.

Meanwhile, both parties have continued the spend-a-thon in the election campaign, promising another $25 billion between them, mostly for new hospitals or improvements, including the Coalition’s $2.4 billion pledge to rebuild The Alfred and $5 billion to $6 billion from Labor to expand the Royal Melbourne and Royal Women’s hospitals in Parkville. On workforce, Labor is subsidising the HECS debt of more than 10,000 nursing and midwifery students, and to give a $5000 sign-on bonus to graduates entering the public system between 2022 and 2024. The Coalition has pledged to pay for the degrees of 25,000 nursing and midwifery students.

Yet health economist Stephen Duckett is underwhelmed. “Politicians love hospitals,” he writes. “Hospitals have impressive machines with flashing lights and provide almost unlimited opportunities for turning sods and cutting ribbons. The public understands hospitals and so promising more hospitals is an easy policy to explain and promote.”

As we have argued before, the current division of funding and responsibilities between federal and state agencies causes inefficiency and confusion. A thorough rethink is called for. Meanwhile, public health experts, medical groups, economists and doctors are telling us that more attention should be paid to the kind of medical care that keeps people out of hospital in the first place, or makes their stay shorter: community-based mental health care and health centres, rehabilitation services and virtual outpatient care, NDIS and aged care efficiencies, all of which could free up expensive hospital beds.

″⁣Prevention is much cheaper than hospital work, but prevention is not glamorous,” Dr Bernard Shiu, a spokesperson for the Royal Australian College of General Practitioners, told this masthead. There is clearly an opportunity here for an energetic government to change the system for the better. Unfortunately, neither side in this campaign has seized the mandate for change.