A DAD shared a heartbreaking photo of an "old boy" who was allegedly ignored for 15 minutes in a Wetherspoons as he didn't have the app to order a drink.

Mark Farrier claims he felt compelled to buy the 79-year-old, who had got dressed up for his first post-lockdown drink, two pints of lager after watching him sitting alone at an empty table at the pub in Cardiff on Monday. 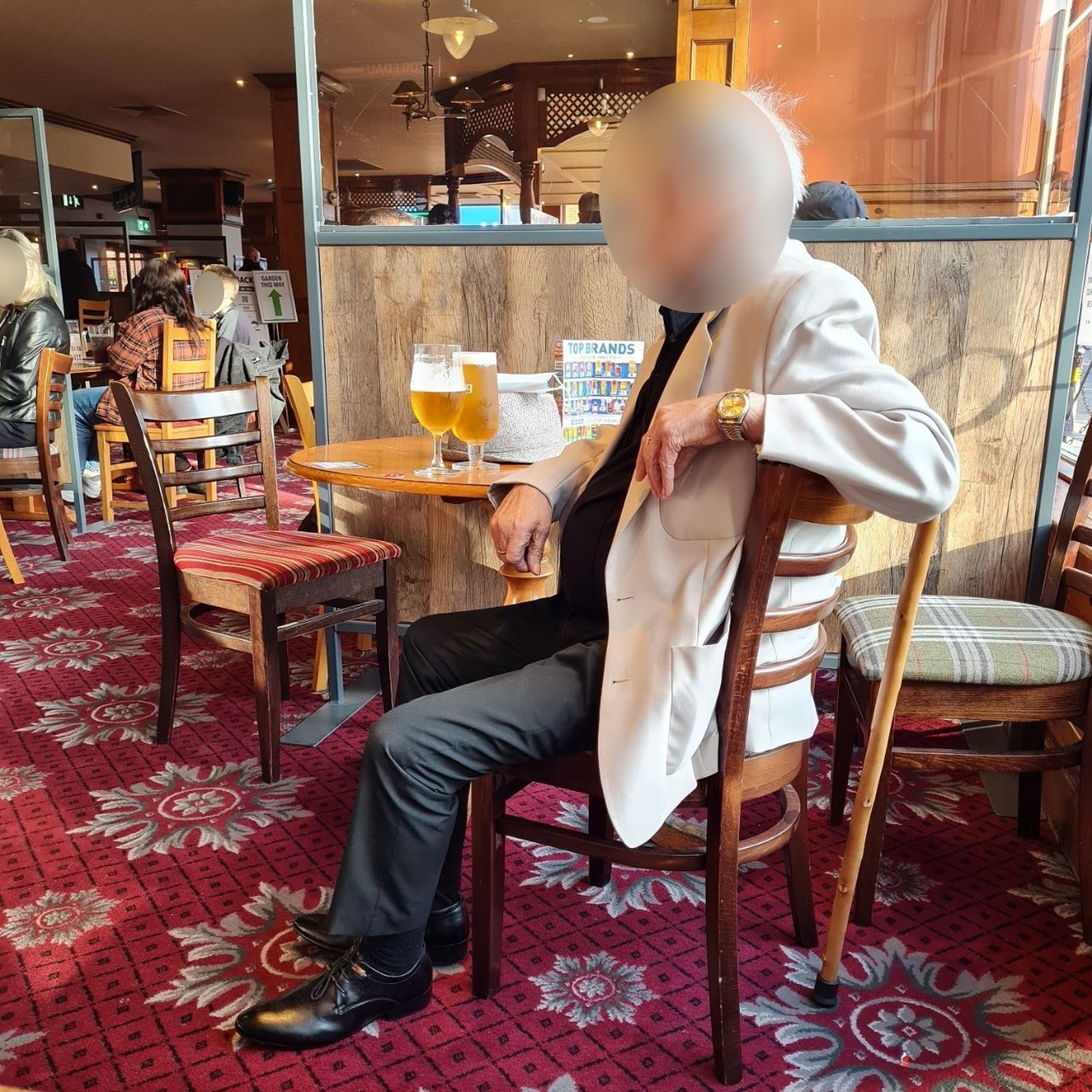 The 39-year-old dad-of-three said the "old boy", who had even polished his shoes for the outing, was unable to be served without the app.

He said he sat watching staff walk past him for 15 minutes, until Mark took action and bought him pints on his own device.

A moving picture shows the elderly gentleman alone in the bar in his smart jacket – finally with two lagers purchased by Mark.

The thermal insulation engineer shared the image on social media, where he was praised for his act of kindness, with others accusing pubs of "forgetting" about elderly people.

Wetherspoons applauded Mark's generosity but explained customers could not order at the bar due to Covid restrictions, however said people can order from both staff and using the app.

Mark, from Newcastle-upon-Tyne, said: "I just felt a bit sorry for him. He looked like he needed a bit of company.

"He looked like he'd polished his shoes and got a little bit dressed up. He said he'd been sitting in the house on his own. 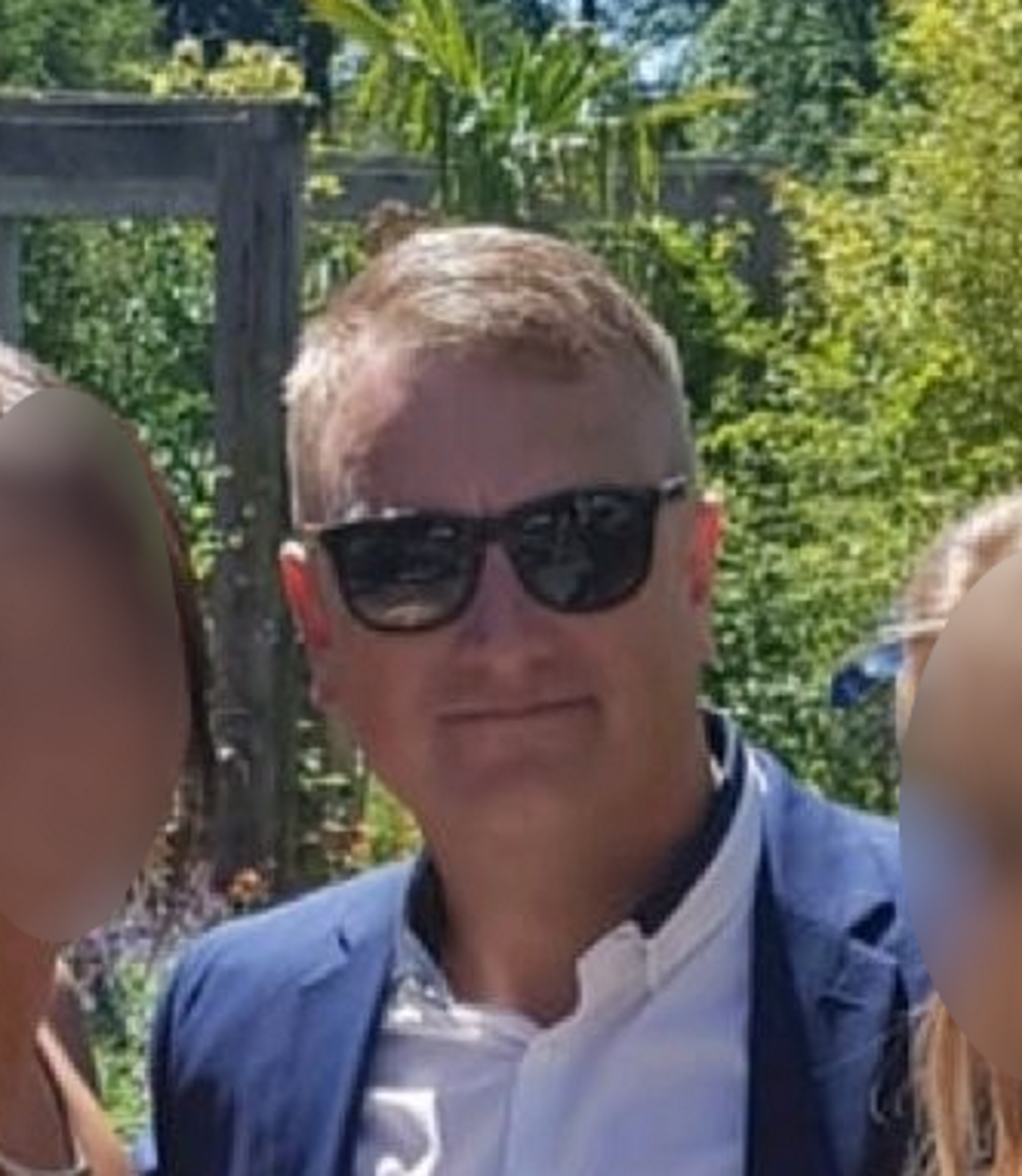 "I could see him trying to get the attention of the waiter and he just flew past him a few times.

"He was sitting there looking into space on his own. I left it for five minutes, so I said let's get him a pint.

"We bought him two pints. I just posted to raise awareness and to help people out. A lot of elderly people will be in this position this week.

"All I did was buy him a pint. He couldn't use the app so I bought him a pint. Most people should be doing that."

Now Mark has urged others to keep an eye out for the elderly over the coming weeks as those without smartphones may struggle to use technology in certain pubs and restaurants.

Mark said: "I did ask [the pub] about it and they said there was only one person doing table service.

"I know it was their first day opening and there was only one person doing table service, but they could have acknowledged him and said 'alright, give me five minutes and I'll take your order'.

"The staff were really nice and polite. When I confronted them, they apologised."

On social media, people flocked to express their sadness at seeing the pensioner on his own without a drink, while others thanked Mark for helping the man out.

Rasmus Knutsson said: "The elderly used to be sought out for advice, now they are treated as useless and troublesome.

"Even from a purely selfish standpoint mankind is pretty stupid. Because we are all heading there."

Michele J. said: "Thank you for sharing. It annoys and upsets me when businesses forget that not all people – especially the more mature of our country – don't own computers/smart phones/ tablets (47% over 65).

"They should not be excluded from our society just because it's easier for businesses to operate that way.

"I commend you Mark and your friends for making this gentleman feel included."

Keith Foster said: "We owe our past to people like him who are now marginalised and ignored."

Wetherspoons have now applauded Mark for his "lovely gesture" and explained that customers should be able to pay with staff, as well as using the app.

Wetherspoons spokesperson Eddie Gershon said: "At present, as a result of Covid restrictions, customers can’t order at the bar.

"Instead our pubs across the UK allow customers to pay and order with a member of staff as well as using the Wetherspoon app.

"We are not sure why this individual customer was not served, but we can guarantee that he was not ignored by staff.

"It was a lovely gesture of the fellow customer to intervene and buy him a couple of pints. We salute him for doing this."