Heathrow workers and civil servants join in winter strike misery: Airport ground handlers will walk out on Friday and over new year while DWP and courts also face fresh action

A strike by ground handlers at Heathrow airport is to go ahead on Friday after workers rejected a pay offer, it has been announced.

It comes as civil servants said today that they will be escalating their strike action in  a dispute over pay, pensions and jobs.

Around 400 members of Unite employed by private contractors Menzies will walk out for 72 hours from 4am.

This will be followed by a further 72-hour strike beginning on Thursday December 29 and ending at 03:59 on Sunday January 1.

While the Public and Commercial Services (PCS) union said strikes are being added at the Department of Work and Pensions, in courts and by driving examiners. 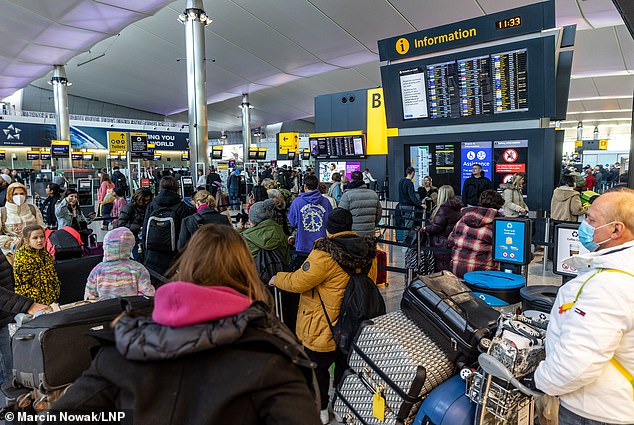 A strike by ground handlers at Heathrow airport is to go ahead on Friday after workers rejected a pay offer, it has been announced 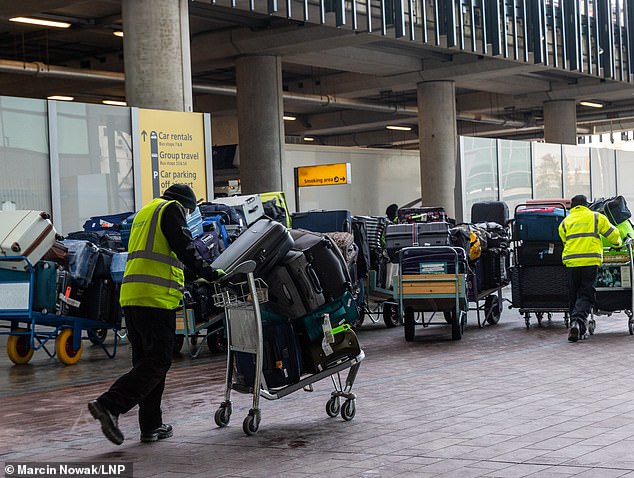 This will be followed by a further 72-hour strike beginning on Thursday December 29 and ending at 03:59 on Sunday January 1 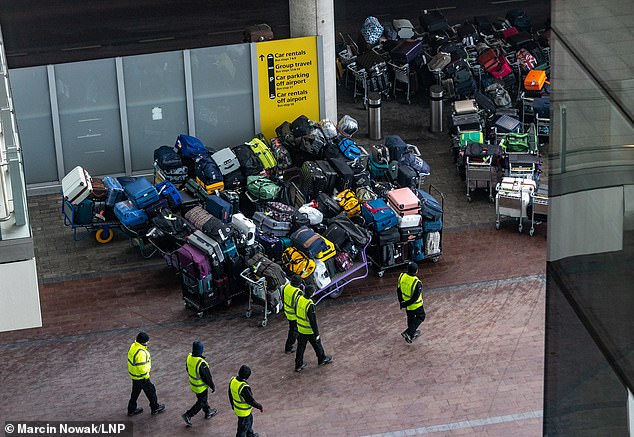 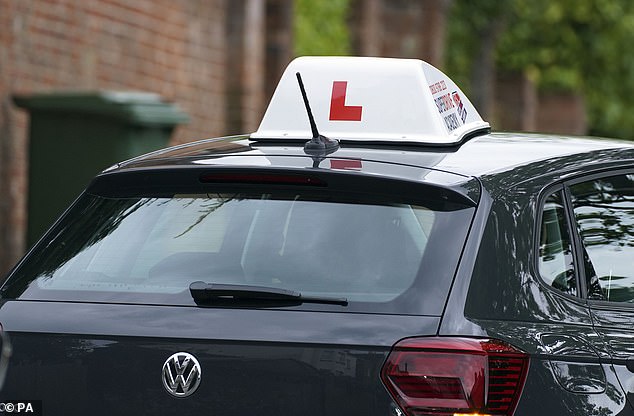 Unite general secretary Sharon Graham said: ‘This is a classic case of an employer that can fully afford to pay workers a fair pay increase but has chosen not to.

‘Menzies needs to stop making excuses and make a pay offer that meets our members’ expectations.’

PCS said some of its members at DVSA will join the action on December 28 to 31 , while others will join in on strikes from January 4 to 10.

Jobcentre workers in Doncaster will strike on December 23, 24, 29, 30 and 31, joining colleagues on strike in the same building and those at Jobcentres in Liverpool.

In a separate dispute, 300 PCS members working as legal advisers and court associates in 82 courts across England and Wales will take 12 days’ strike action over Christmas.

In another row, 82 PCS members employed by Hinduja Global Services on the Disclosure and Barring Service contract in Liverpool are back on strike until December 23.

PCS general secretary Mark Serwotka said: ‘We’re delivering on our promise to escalate our action and we shall not cease for as long as the Government continues to expect our hard-working members to get through the winter with just a 2% pay rise. 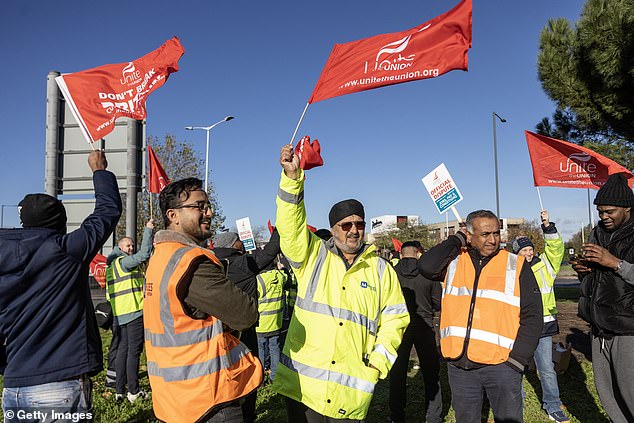 The workers rejected Menzies’ latest pay which Unite said was for 4 per cent backdated to May and then a further 6.5 per cent from January 1 2023

The workers rejected Menzies’ latest pay which Unite said was for 4 per cent backdated to May and then a further 6.5 per cent from January 1 2023.

The workers are seeking an increase of 13 per cent for 2022 alone.

Unite regional officer Kevin Hall said: ‘Heathrow passengers need to brace themselves for fresh disruption at the airport purely because of Menzies intransigence.

‘Strike action is being taken as a last resort because Menzies has only been prepared to offer our members a miserable pay increase that in no way reflects the cost of living.’

A Heathrow spokesperson said: ‘The vast majority of passengers will not be affected by this weekend’s planned strike from Menzies ground handling staff.

‘We have not been informed of any flight cancellations as a direct result of this action and encourage passengers due to fly with the small number of affected airlines to check with their airline directly for the latest information.’

Miguel Gomez Sjunnesson of Menzies Aviation said: ‘We are extremely disappointed that Unite has rejected the pay increase despite GMB accepting the offer.

‘Our offer of a 10.5% salary increase is extremely competitive and reflects feedback from our employees.

‘It is a great shame that as a result of Unite rejecting the offer, strike action will now fall on one of the busiest weekends of the year as people travel to meet family and friends for Christmas.

‘We are well prepared for industrial action and have been working closely with key partners to put in place robust contingency plans.

‘We remain committed to ensuring that our employees receive their increase as soon as possible and hope to be able to resolve this matter soon.’ 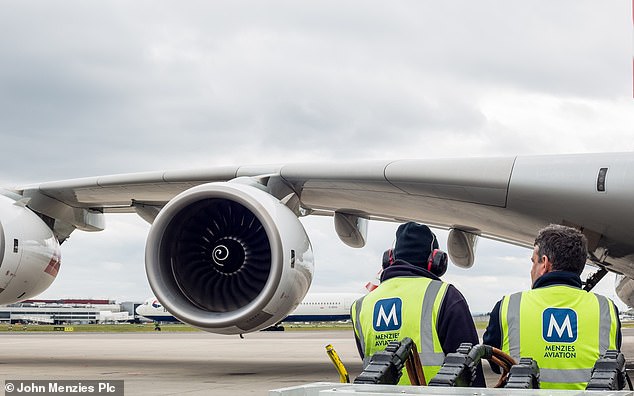 ‘This is a highly lucrative company, which has made a fair pay offer to one group of its workers but isn’t prepared to make a similar offer to its ground handlers.

‘Unite is entirely dedicated to defending its members’ jobs, pay and conditions.

‘Our members at Menzies will continue to receive the union’s complete support.’

It comes just a month on from an almost exact strike when around 350 Unite members walked out from 4am on November 18 .

There were huge fears that football fans travelling via Qatar Airways to the Gulf nation for the World Cup were going to be left stranded in London.

However, a spokesperson at Heathrow Airport stressed that there were no cancellations as a result of the November strike.