Northern Victorians are bracing for torrential rain and possible flash-flooding and Melburnians can expect a soggy end to the week as La Nina brings wet weather to most of eastern Australia.

The Bureau of Meteorology issued a severe weather warning on Wednesday for heavy rain in parts of the Mallee and Northern Country near the NSW border. 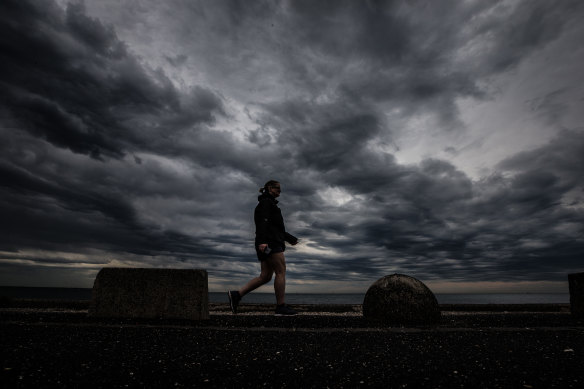 Heavy rain is expected in Victoria over the next few days.Credit:Jason South

Up to 30 millimetres of rain is expected over six hours in towns including Mildura, Echuca and Shepparton, with localised falls up to 60 millimetres possible.

Minor flood warnings have already been issued for a number of waterways, including the Snowy, Murray and Loddon rivers.

“There is another weather system coming through overnight Thursday into Friday, and that is what we are likely to see more significant rainfall in Melbourne,” she said.

The north-west of the state has already seen significant rainfall, with 10 to 20 millimetres recorded in many parts of the region. Werrimull near Mildura has recorded the state’s highest rainfall so far, with 27 millimetres in the 24 hours to 9am Wednesday. Heavy rain was also recorded at Waldepup in the North Mallee (22.2 millimetres), Mildura (17.2 millimetres) and Swan Hill (12.2 millimetres).

It is set to be the start of a few very wet months on Australia’s east coast after the bureau declared a third La Nina event had begun in the Pacific Ocean.

Heavy rainfall and wet weather are expected to continue along the east coast of Australia for the rest of the week.