Film based on Morcombe case no ‘cruel act’

The Stranger is based on Kate Kyriacou’s book The Sting: the Undercover Operation that Caught Daniel Morcombe’s Killer. Joel Edgerton optioned the book in 2018 and gave it to Thomas M. Wright to adapt and direct. Edgerton plays an undercover cop, with Sean Harris as a drifter known in the film as Henry Teague. 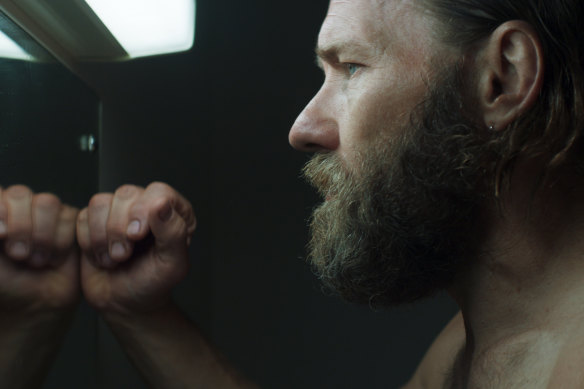 Joel Edgerton in The Stranger.Credit:See-Saw Films

The film competed at Cannes in May and had its Australian premiere at the Melbourne Film Festival – two significant accolades. Before the latter, Bruce and Denise Morcombe, parents of the 13-year-old boy abducted from the Sunshine Coast in 2003, called the film “a cruel act”, an attempt to make money off Daniel Morcombe’s name and of “no community benefit whatsoever”.

In fact, the Morcombes were sent the first draft of the script almost three years earlier and chose not to participate. Thomas M. Wright avoids a direct representation of the crime. “This is a fictionalised account of a police operation that has no depiction of a victim. It has no representation of that victim, no representation of their family, there is no violence in the film, all names and details have been changed,” Wright told an interviewer before the MIFF screening.

There is no way to reconcile these two sides. It is the same argument that erupted last year over Nitram, the film about the Port Arthur massacre. For the bereaved families in such crimes, no-one has the right to tell that story. By that logic, we would never have films about any significant crimes – from Snowtown to the Holocaust.

If intent is to be considered in this argument, then The Stranger has a clear conscience. It is a deeply serious work about the psychology of both the killer and his pursuers, rather than the crime itself. Wright shows respect by staying away from the family’s story and their grief. The closest we come is a police search in a wild area of Queensland, near where Daniel Morcombe was taken. 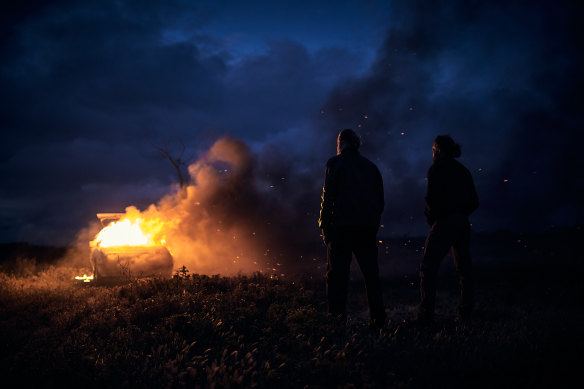 The desolate landscape of The Stranger.

Most of the film takes place on the desolate southern coast of WA, as Mark (Edgerton) befriends drifter Henry (Harris), by pretending to be part of a serious organised crime gang. With careful steps, Mark leads him to believe his progress within the organisation depends on always telling the truth. Meanwhile, police Detective Rylett (Jada Alberts) toils behind the scenes to gather more evidence.

In tone, the film is brilliantly hidden. It takes a long while to work out what’s happening. The atmosphere is gloomy, distrustful, brutal in language, with a jangly soundscape and music.

The compositions keep us off balance, as Mark edges Henry towards a revelation. Both these performances are superb – quiet, mysterious, forceful. Indeed, the whole film is a remarkable achievement, compassionate and thoughtful, a long way from the exploitative film that the family feared. The community benefit, I would argue, is in trying to understand the toll of such crimes – for those tracking the killer as well as the killer himself, and for the society in which they occur. That’s not nothing.