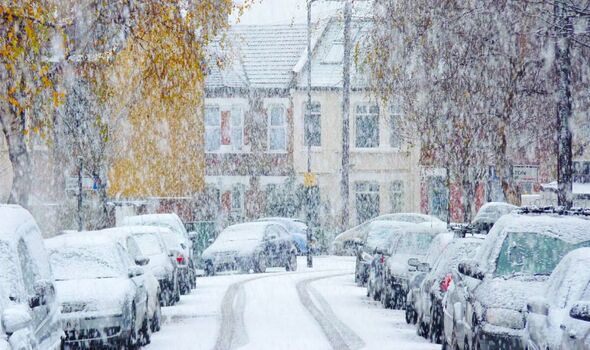 An Arctic blast is set to hit next week after a relatively mild Christmas Day. The sub-zero misery will add more troubles for many already struggling to pay heating bills amid the cost-of-living crisis.

In early December, much of the country was hit with snowstorms and frost that dramatically gave way to more mild temperatures this week.

But forecasters are now warning more icy weather is on the way. Weather blowing into the UK from across the globe could follow a similar pattern to 2018’s Beast from the East, which caused disruption and travel chaos for weeks as gusts reached 70mph.

And pressure patterns from Iceland could see Britain swept with far colder temperatures over the next few weeks, with snow showers likely.

James Madden, forecaster for Exacta Weather, said: “The rest of December and January are showing signs of frequent spells of cold wintry weather with below-average temperatures and numerous wintry blasts.

“We could now be looking at a lengthy cold period setting in for a number of weeks and the potential for some of the coldest and snowiest weather since December 2010.”

Meanwhile, thousands of people gathered at Stonehenge for the winter solstice celebrations yesterday.

Those who observed the spectacle at the ancient monument in Wiltshire encountered a chilly morning with clear skies as the sun glinted over the horizon. The event marks the passing of the shortest day of the year. About 4,500 people travelled to Stonehenge.