Gaspard Ulliel suffered such a severe blow to the head in fatal ski accident that he would likely still have died even if he had worn a helmet, investigators reveal

French actor Gaspard Ulliel suffered such a severe blow to the head when he crashed while skiing on Tuesday that he would probably still have died even if he wore a helmet, investigators have revealed.

Ulliel crashed into a second skier, a Lithuanian national in his early forties, who gave witness testimony to Savoie investigators two days after the incident.

The collision would have unbalanced the actor, but was likely not particularly violent, investigators heard in an interview that lasted over an hour, according to Le Parisien.

Ulliel likely then hit the ground at full-speed, causing his fatal head injury. 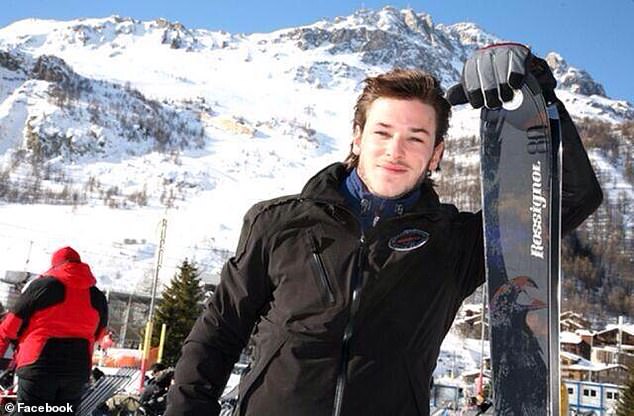 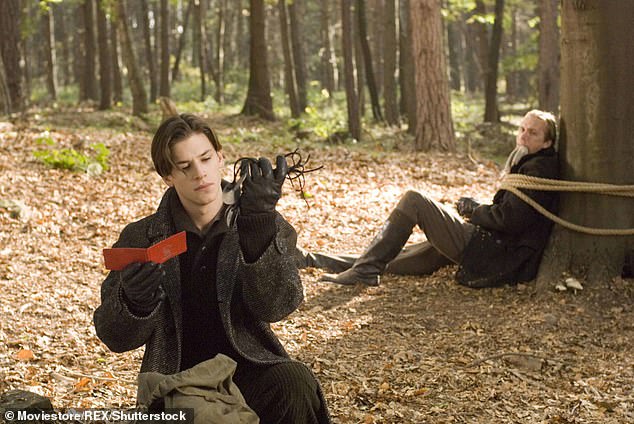 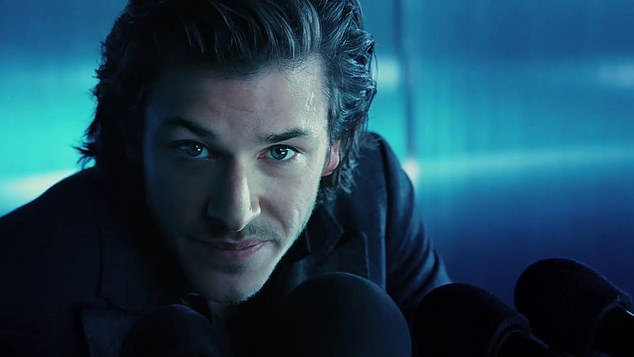 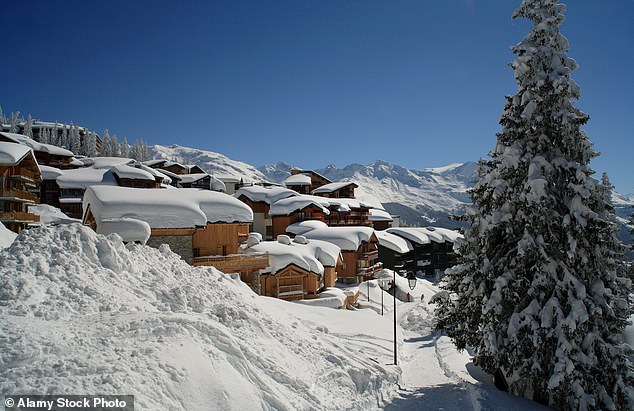 The impact against the ground would likely have been fatal with or without a helmet, said an expert, who compared the accident to riding a bicycle into a wall at 40 kilometres-per-hour.

Ulliel suffered significant head trauma and was immediately transported via helicopter to a hospital in Grenoble where he died the day after on Wednesday as a result of his injuries.

Michael Schumacher was treated in the same clinic when he suffered his ski crash head injury, according to Bild.

The second skier in the crash did not suffer any major injuries and was wearing a helmet at the time.

Mountain investigators said the weather conditions were good at the time of the incident.

‘Conditions were good, and not dangerous. There were other adults not wearing helmets on the piste,’ a witness to the tragedy told investigators.

Albertville prosecutor Anne Gaches said Mr Ulliel died at 4pm on Wednesday, after attempts were made to save him in the University Hospital in Grenoble failed.

Ms Gaches said in a statement: ‘Yesterday, January 18, 2022, at 4 p.m., in Montvalezan, on the ski area of ​​the resort of La Rosière located in the Haute Tarentaise Massif, Mr. Gaspard Ulliel collided with another skier on the top of the blue run called Tetras.

‘He had just branched off to the left, presumably to join his friends who were on the Gellinotte run.

‘A judicial investigation was immediately entrusted to investigators from the CRS (Republican Security Company), Albertville detachment, by the Albertville prosecution.

‘It appears from the first testimonies and the observations made on the spot that the two skiers both fell to the ground,’ Mr Gaches continued.

‘When help arrived, Mr. Gaspard Ulliel was motionless, unconscious in the snow. The other skier was unharmed.

‘Transported by helicopter to the University Hospital of Grenoble, the death of Mr. Gaspard Ulliel was declared this day shortly after 4pm by the doctor of the intensive care unit of this hospital.’

His family confirmed the death in a statement given to AFP by his agent, with the authorities launching an investigation soon after.

Ulliel won a Cesar – the French equivalent of an Oscar – for best actor in 2017 for It’s Only the End of the World in which he starred alongside Marion Cotillard and Lea Seydoux.

He had already taken home a Cesar in 2004 for most promising actor after appearing in the World War I drama A Very Long Engagement alongside Audrey Tautou. 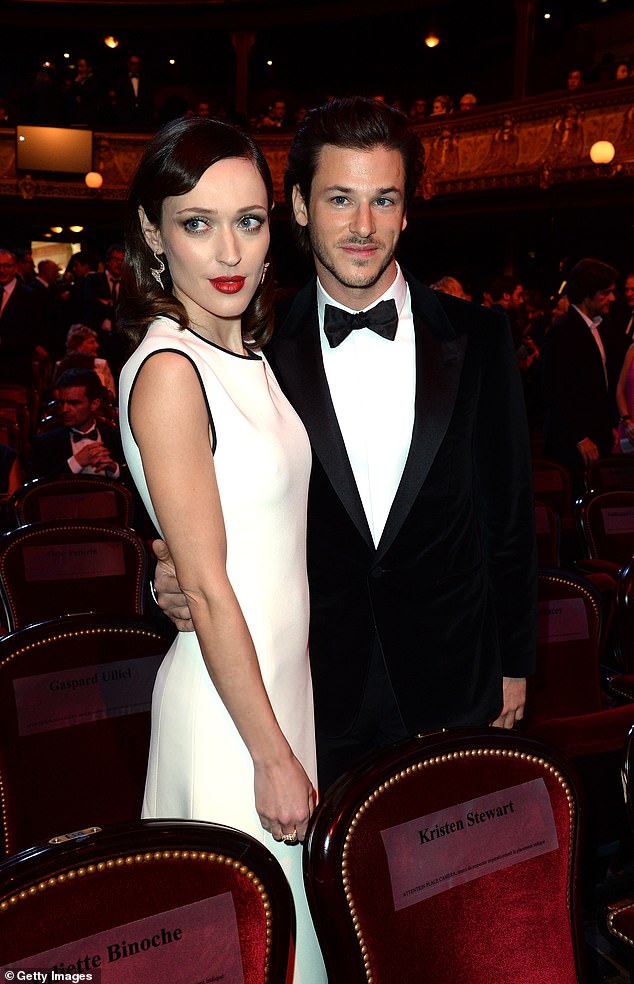 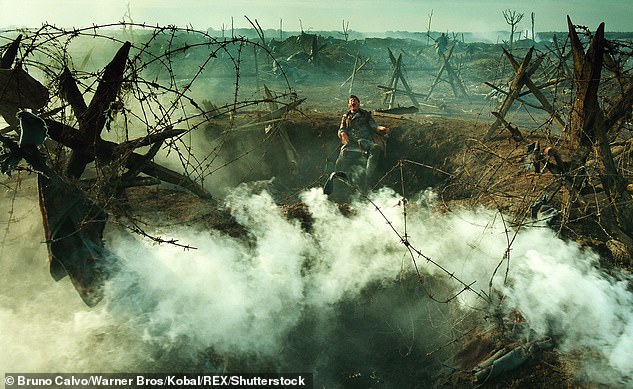 The mountain police service serving the site of the accident said it has been organizing five or six rescues per day in recent days as the snow has hardened.

In the neighboring Haute-Savoie region, a five-year-old girl was killed Saturday when a skier crashed into her.

The man was handed preliminary manslaughter charges, according to the Haute-Savoie prosecutor, who cited excessive speed as the likely reason for the accident.

Tributes poured in from shocked fans, politicians and celebrities around the world. 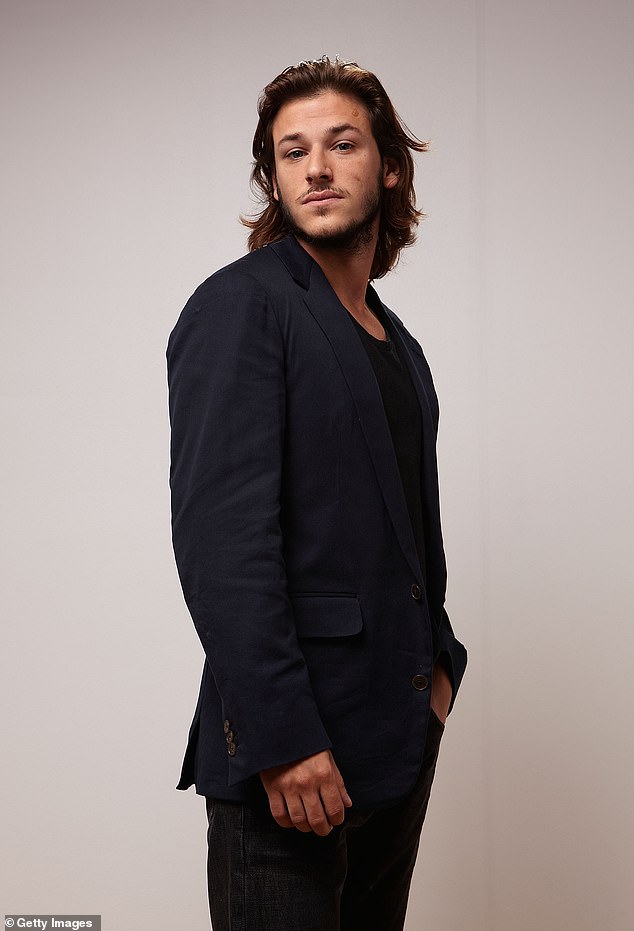 French Prime Minister Jean Castex tweeted an homage that said, ‘Gaspard Ulliel grew up with cinema and cinema grew up with him. They loved each other madly.’

‘He was equally brilliant and talented. He gave a lot and we’ll always remember him.’

A Disney spokesman also told Variety: ‘We are deeply saddened to learn of the tragic passing of our friend and colleague Gaspard Ulliel.

‘Our thoughts are with his family and friends during this time.’

France’s culture minister Roselyne Bachelot added: ‘Such a brilliant actor who was reaped by the sickle of death at the peak of his career.

‘For almost 20 years, he was present in our lives with magnificent performances.’ 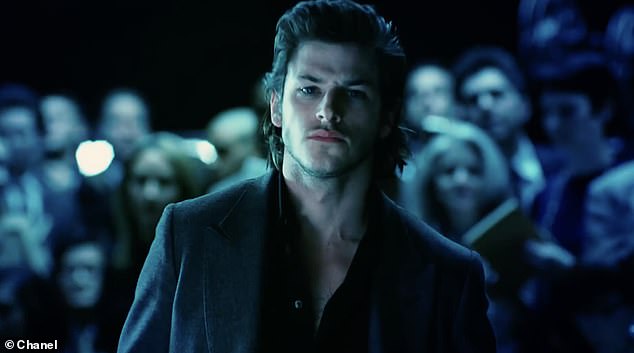 Ulliel (pictured in a Chanel advert) was born just outside Paris on November 25, 1984, to a producer father and stylist mother and picked up a small scar from a dog bite as a child 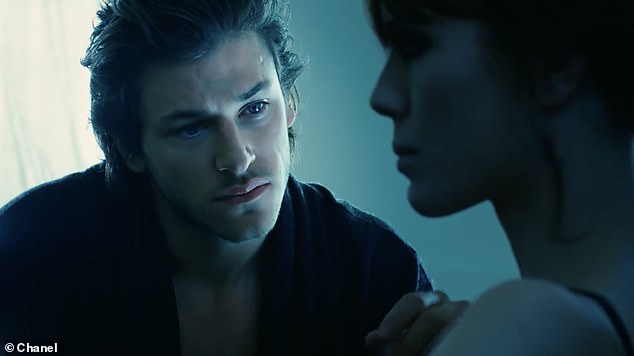 Pierre Niney, who also played Yves Saint Laurent in a rival film which won a Cesar award, said he was ‘heartbroken’.

He added: ‘Gaspart was benevolence and kindness. Beauty and talent.’

Ulliel was born just outside Paris on November 25, 1984, to a producer father and stylist mother and picked up a small scar from a dog bite as a child.

He said it helped him because it looked like a dimple.

He was just 11 when he started working on screen after a friend of his mother suggested he join her acting agency.

His first major role came in 2002 when he starred alongside Charlotte Rampling in Summer Things, for which he won Most Promising Actor at the Lumieres Awards and was nominated for a Cesar.

One of his directors described him as something of an enigma.

‘He’s a strange boy, difficult to penetrate,’ said Rodolphe Marconi, who directed him in one of his early films, The Last Day.

The accident conjured up memories of when Formula One great Michael Schumacher hit his head in a ski accident in 2013 in the French ski resort of Meribel, about 30 miles from where Ulliel was skiing.

Both were treated at Grenoble University Hospital.

The first trailer for the upcoming TV series Moon Knight was only released on Tuesday, starring Oscar Isaac and Ethan Hawke.

The show will debut on the Disney Plus streaming service on March 30.

Ulliel plays the role of Anton Mogart, also known as Midnight Man, in the anticipated Marvel show, based on the comic character created by writer Doug Moench and artist Don Perlin in 1975.