This is the moment a dog saved a 14-year-old blind pit bull from drowning in a pool in Argentina.

A surveillance camera mounted on the backyard of Julieta Firpo’s home showed Luna the pit bull walking near the pool ledge on December 19 before she accidentally fell in.

Firpo, who posted the video footage on her Facebook account, wrote that Luna had recently become ‘disoriented’ in recent days. 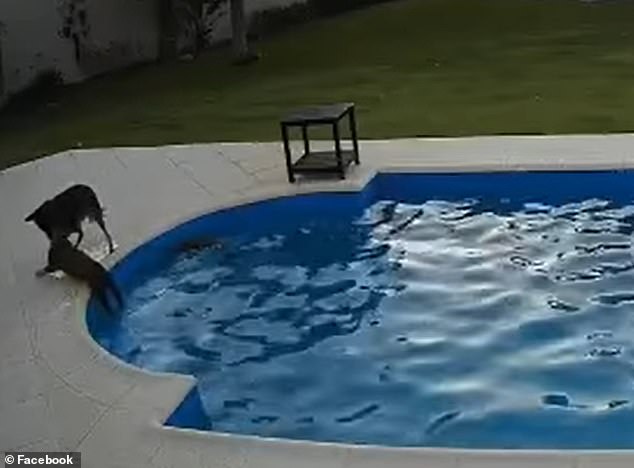 Caipirinha helps Luna, a 14-year-old blind and deaf pit bull, climb out of the pool after the dog, who had become ‘disoriented’ in the recent days accidentally fell into a family’s backyard pool in Argentina on December 19 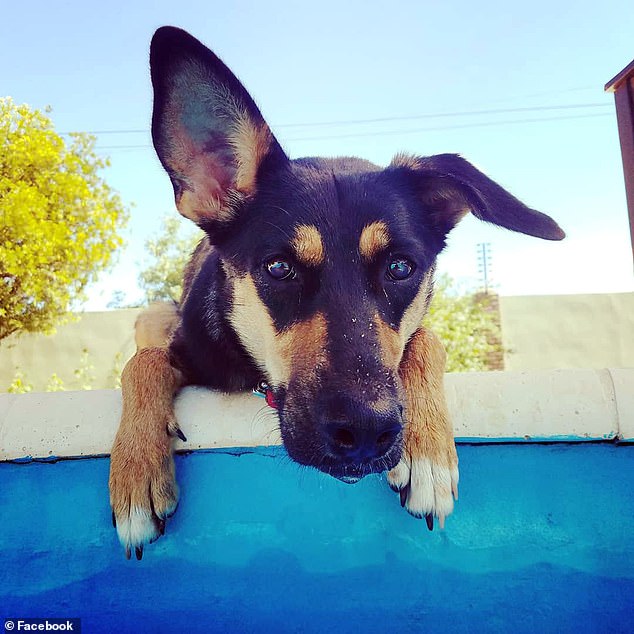 The Argentine family said it rescued Caipirinha after the dog was abandoned by its owners at a gas station in Brazil, where they had been vacationing and decided to bring her back to their home 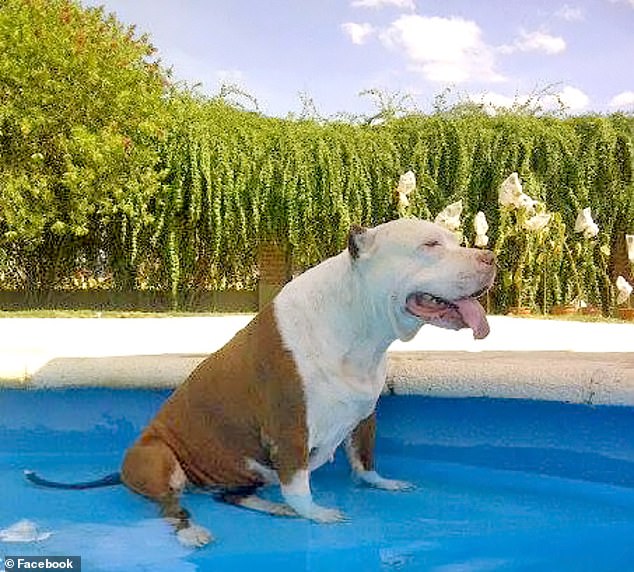 Julieta Firpo said her 14-year-old pit bull, Luna, is deaf and blind and recently became ‘disoriented,’ which perhaps could have been the reason why she fell into the family pool

The family’s other dog, Caipirinha, immediately raced to Luna’s side and paced around the pool, perhaps figuring out a plan on how to rescue her pal.

The video showed Caipirinha trying to reach into the pool and grab Luna by her collar.

But after failing to do so, Caipirinha managed to lead Luna to the other end of the pool. 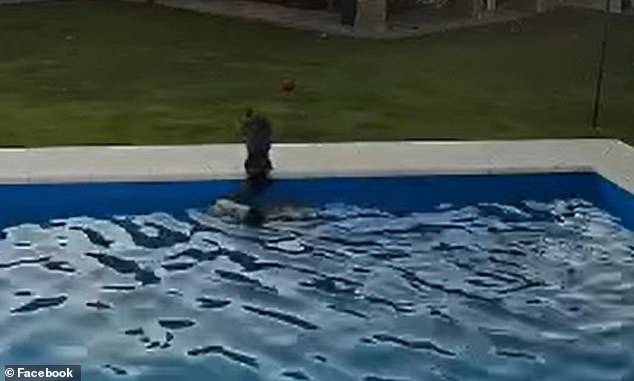 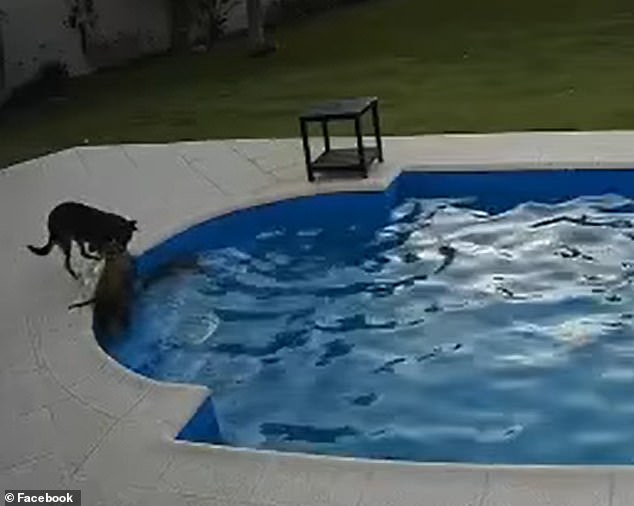 Moments later, Luna swam to the opposite side of the pool and then made it to the near end where Caipirinha reached in to grab Luna’s collar and helped her climb out.

Firpo told Argentine news outlet Todo Noticias that the two dogs struck a friendship after the family rescued Caipirinha during a vacation trip after her owners dumped her out of a car window at a gas station in Brazil.

‘The two are inseparable,’ Firpo said. ‘Luna is a pit bull who is very old, her mother Syrah, is 15 years old and also lives with us.’