The High Court of Australia has paved the way for some working holidaymakers from overseas, including the US and Britain, to receive a refund of the so-called “backpacker tax”, in a small hit to the federal budget bottom line.

In a decision on Wednesday, the court reinstated a 2019 Federal Court ruling that the backpacker tax falls foul of a non-discrimination clause in a double taxation treaty between the UK and Australia.

Similar treaties exist between Australia and the US, Germany, Finland, Chile, Japan, Norway and Turkey. 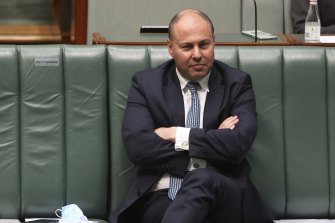 The decision is a blow to the Tax Office and Treasurer Josh Frydenberg, whose predecessor-turned-Prime Minister Scott Morrison introduced the tax.

The double taxation treaties provide that Australia shall not discriminate against foreign nationals from those countries by taxing them in a “more burdensome” way than Australian nationals, in cases where both would be regarded as “residents” of Australia for tax purposes.

Australian and foreign nationals alike can be regarded under the law as residents of Australia for tax purposes.

The test case involved UK national Catherine Addy, who entered Australia on a working holiday visa in August 2015 and stayed until May 2017. She was considered a “resident” of Australia for tax purposes because she had spent more than 183 days in the country.

“A person like Catherine Addy with a taxable income of $26,576 would pay tax of $3,986 [under the backpacker tax provisions],” Ms Addy’s legal team said in submissions to the High Court. “An Australian who was also a tax resident of Australia would pay tax of $1,591.”

In a unanimous decision, Chief Justice Susan Kiefel and Justices Stephen Gageler, Michelle Gordon, James Edelman and Jacqueline Gleeson said Ms Addy was discriminated against on the basis of her nationality, contrary to Australia’s obligations under the treaty.

“The question is whether that more burdensome taxation was imposed on Ms Addy owing to her nationality. The short answer is ‘yes.’

“When the position of Ms Addy is compared with that of an Australian national, as it must be, that is the only conclusion which may be drawn.”

The court said “Ms Addy’s circumstances in the 2017 income year, including that of her residency in Australia for taxation purposes, were relevantly the same as an Australian national.

“She did the same kind of work and earned the same amount of income from the same source; yet an Australian national was required … to pay less tax.”

The backpacker tax took effect in January 2017 and scrapped the tax-free threshold of $18,200 that applied to some visitors on working holiday visas and replaced it with a flat 15 per cent tax rate on all income up to $37,000. Higher rates in line with ordinary income tax rates apply thereafter.

The ATO said in 2019 that the initial Federal Court decision, which has now been reinstated, only affected a “minority” of working holidaymakers who were residents of Australia for tax purposes and whose home country had a double tax treaty with Australia, as in Ms Addy’s case.

An international tax accounting company, Taxback.com, initiated the long-running legal challenge to the backpacker tax. It was represented by a Sydney barrister, John Hyde Page, and Harmers Workplace Lawyers.

Taxback.com CEO Joanna Murphy said it was “always clear to us when this tax was introduced in 2016, against the wishes of the agricultural sector, that it breached a number of international tax agreements. It also damaged Australia’s reputation as a working holiday destination”.

“Ending the backpacker tax also removes a key barrier to rural and regional industries securing the workers they so badly need as Australia emerges from the COVID-19 period.”

BA, blow, court, high, strikes, to
You may also like: