Home Office pays more than £3.7m on taxis and buses to move migrants

Home Office pays more than £3.7m on taxis, minivans and buses to move migrants across UK – as drivers reveal they are told to drop asylum seekers outside railway stations

The Home Office is spending millions of pounds on taxis to transport migrants across the UK – with some drivers claiming they were told to drop off passengers at railway stations with no follow up.

Officials have paid more than £3.7million in the past year alone for taxis, vans and buses to move asylum seekers, illegal migrants and unaccompanied minors, an analysis of public contracts revealed.

One agreement with a transportation provider is reported to be worth £3.3m and covers emergency transport for ‘clandestine entrants’ when the number of people arriving in the UK after crossing the Channel is more than local facilities can handle. 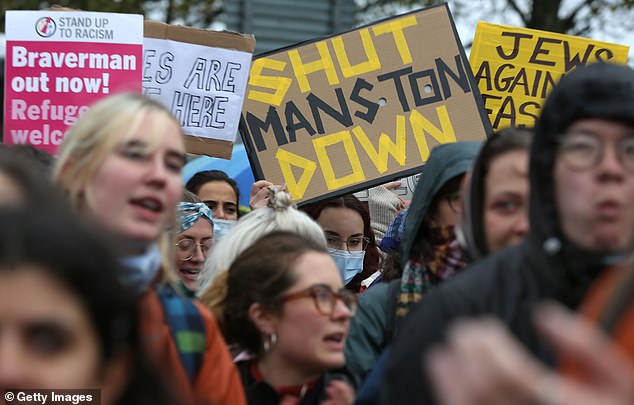 The contract, seen by The Times, reads: ‘There is a public interest because the migrants are exposed to view at Dover Tughaven and protest groups assemble there on a regular basis.

‘The emergency transport service will provide for a rapid dispersal of migrant numbers… reducing the risk of overcrowding and possible accidents and incidents.’

Some drivers said they had been asked to drop migrants outside railway stations in central London to allow them to make their way to different destinations.

One taxi firm owner told The Times he was paid about £150 to drive three young men from Manston to Kings Cross station in London last month.

Another driver, called Rizwan, claimed he had been instructed to leave illegal immigrants at London stations.

‘I’ve been told by people with Home Office lanyards . . . ”just drop them in London, no one cares, it’s fine, King’s Cross station’s OK, or Victoria station”,’ he told LBC.

‘On a couple of occasions there have been Afghans in the back of my car and we happen to have a common language . . . they showed me the paperwork, ‘It says I’ve been declined, I’ve got no basis to be in this country’ or whatever, but they’re being let go.’ 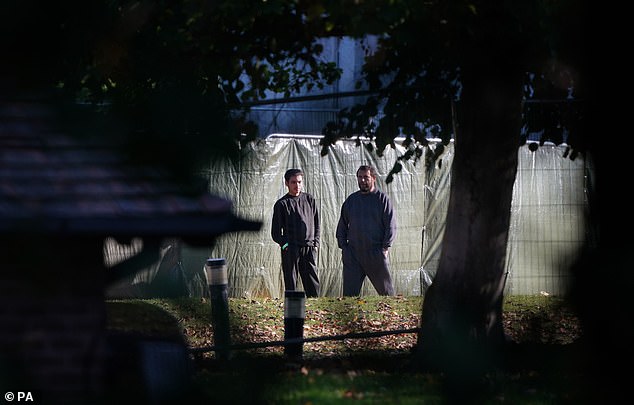 People thought to be migrants inside Manston, which is located at the former Defence Fire Training and Development Centre in Thanet

Rizwan said he has been asked to drop off asylum seekers at train stations, and other times it has been at a hotel, but was not obligated to check if they enter it.

Rizwan said he had driven ‘a lot of Albanians’ from Manston.

‘What’s happened is I’ve had them dropped off and straight away they’ve been picked up by someone in a BMW and . . . they’ve whizzed off,’ he said.

Eleven men were bussed to the capital as part of a larger group and left confused and scantily clad, with one spending the night sleeping rough on city streets.

A British Transport Police spokesman said officers responded to reports of a group of asylum seekers ‘looking for assistance’ at Victoria station at 10.33pm.

A Home Office spokesman said today: ‘The welfare of those in our care is of the utmost importance and people are only released from Manston when we have assurances that they have accommodation to go to.

‘We can bail individuals where they can be accommodated by friends and family, and therefore not destitute, and transport is provided to people leaving Manston.’ 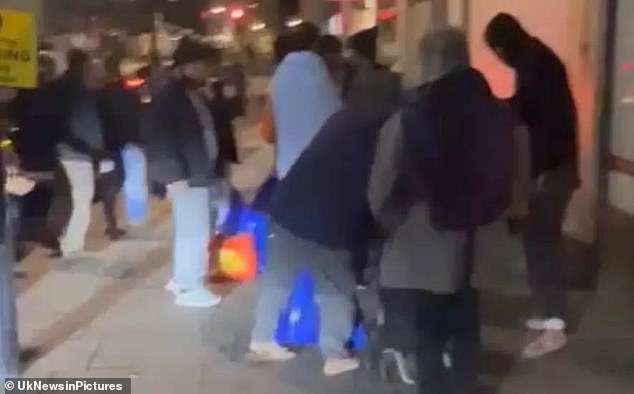