A ZOO keeper was dragged into a tank of water by an alligator in front of horrified children before she was saved by a heroic visitor.

A terrifying video showed the moment the employee at Scales and Tails reptile center in Utah was nabbed by the beast. 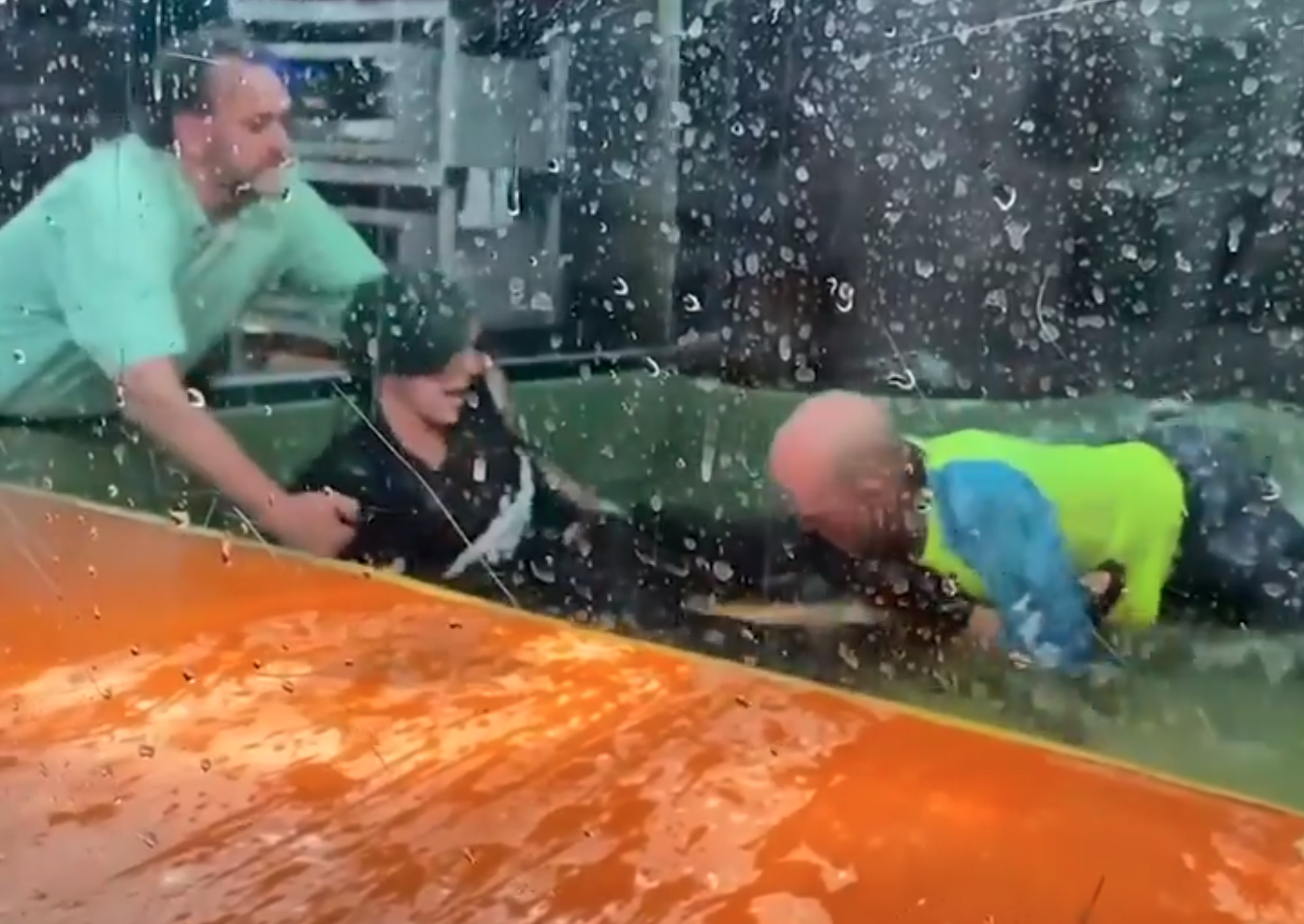 The staff member was talking to adults and children about the alligator when it lunged and chomped her hand, dragging her into the water.

Donnie Wiseman, 48, bravely threw himself into the water and jumped on top of the reptile.

"I'm just like, 'What do I do? What do I need to do," Wiseman told Gephardt Daily.

"And I got on him, just like in all the movies and documentaries I've seen."

Donnie managed to pin the beast down, which allowed the keeper a moment to calmly tell him and another man, Todd Christopher, what to do to help her escape the pool.

The children, who were as young as six, were in tears as they watched the horrific attack.

I got on him, just like in all the movies and documentaries I've seen

Todd's wife, who has a background in nursing, began performing first aid before emergency crews arrived.

The handler needed surgery and is on antibiotics.

In an interview, Shane Richins, the company's owner said the handler was opening the enclosure to feed the alligator as usual, but this time the animal got "a little extra spunky".

He added that the center ensures a second handler to be nearby when employees are working with the reptiles.

"We still enforce it strictly whenever somebody gets in with the gator but, of course, going forward, we will be back to strictly enforcing it with any interactions with the gator for that very reason," Richins said.

The West Valley City business said Sunday she is "doing well and is in recovery."

"These gentlemen could have stayed in the safety zone as most of us would, but instead jumped into the situation, of their own volition, and helped secure the alligator," the company said in a statement.

"Their help, combined with the training of our staff member, probably saved her life and her limbs." 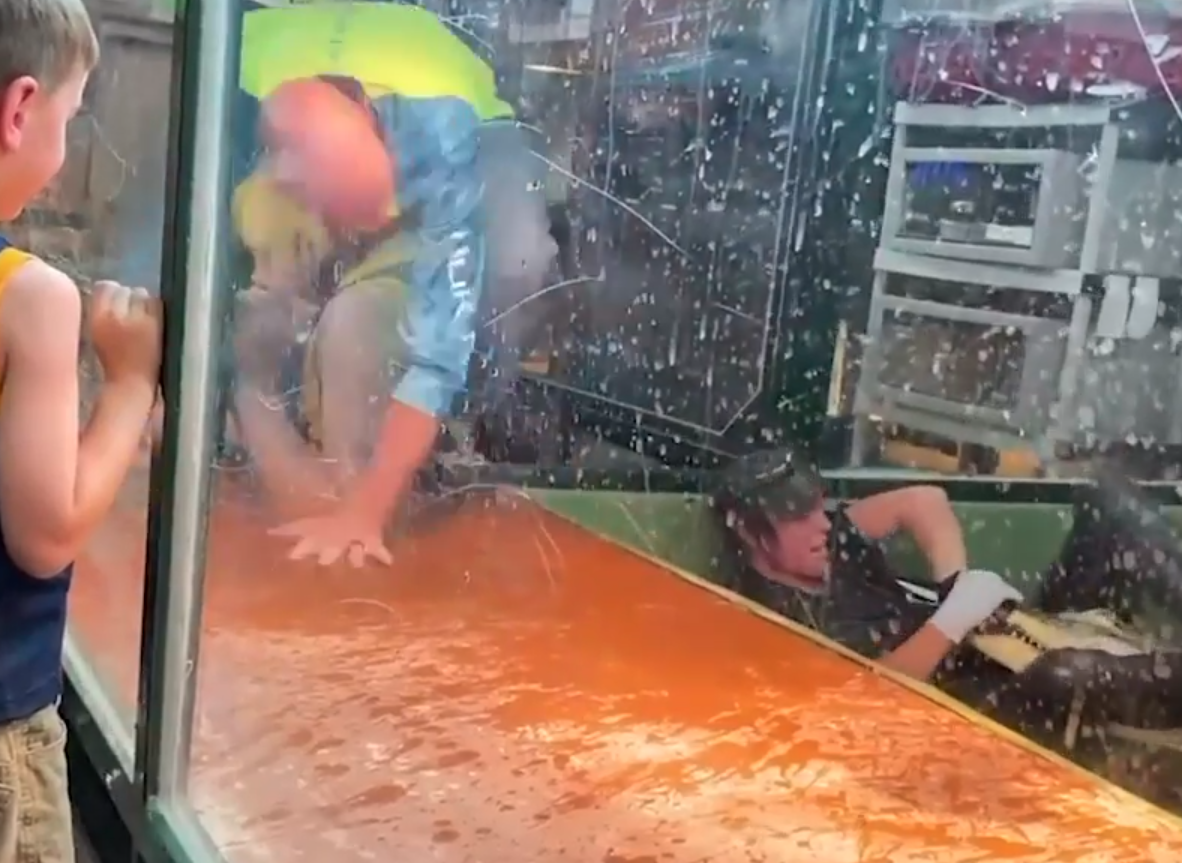 Horrifying, I, moment, worker, zoo
You may also like: