‘Homophobic’ horror attack in St James’s Park: Witness films ‘stranger’ smashing woman in face with bag after yelling abuse at her and female friend when they walked past

This is the shocking moment a woman was knocked to the ground after a fight erupted at a London park.

Footage filmed by a witness at St James’s Park in Westminster shows a man punch the woman across the face with a plastic bag before she falls to the ground at around 6pm on June 26.

The pair begin to exchange blows on the ground before the woman’s friends intervene and escort her away from the scene.

The filmer, who wished anonymous, said that two men had been sat in the park when they began to hurl homophobic and sexist comments at the woman and her female friend as they walked by. 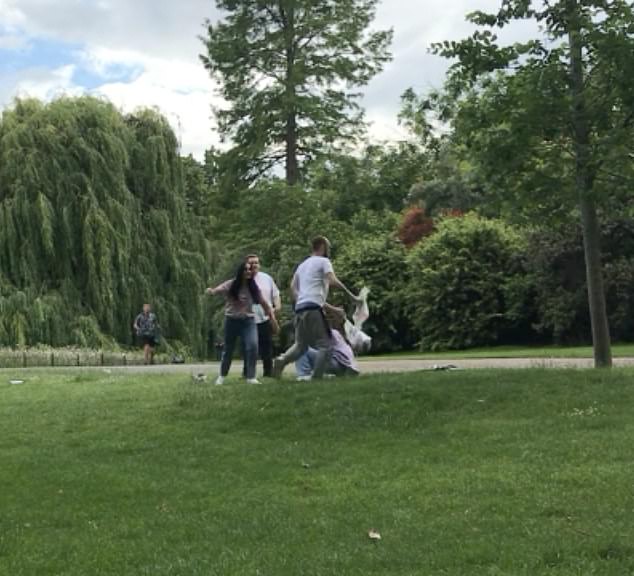 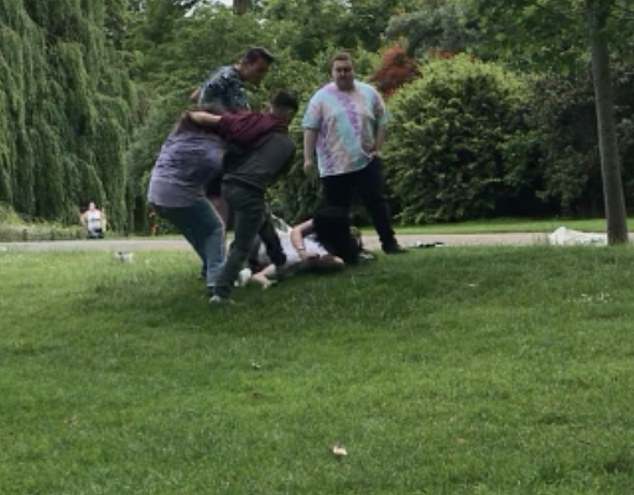 A second woman tries to intervene before the man’s friend, who is wearing a grey top, pulls her away

One of the women then grabbed the man’s beer can and threw it at him before she was hit in the face.

The witness told MailOnline: ‘These guys began making homophobic and sexist comments when they saw the two women approaching. They were saying: ‘You’re a d**e, I’m going to rape you”.

‘She grabbed the can and threw it at him but she missed. He then hit her in the face with the bag and the fight erupted.

‘I was with a group of friends and we just thought these guys are sexist for what they were saying to the girls.

‘The girls were just having a nice stroll in the park and these drunken men were just being rude to them.

‘When the girl threw a can at him he started hitting her and me and my friends thought it was too much.

‘She threw the can but he shouldn’t have then hit her.’

The witness added: ‘It was really bad. These two women were just out in the park enjoying the day and then these guys were just being rude. You can’t go around saying that.’

During the clip one of the men, who is seen wearing a white T-shirt, swings his hand towards the woman’s face and sends her crashing to the ground.

A second woman lunges towards the man and attempts to punch him before his friend pushes her away. 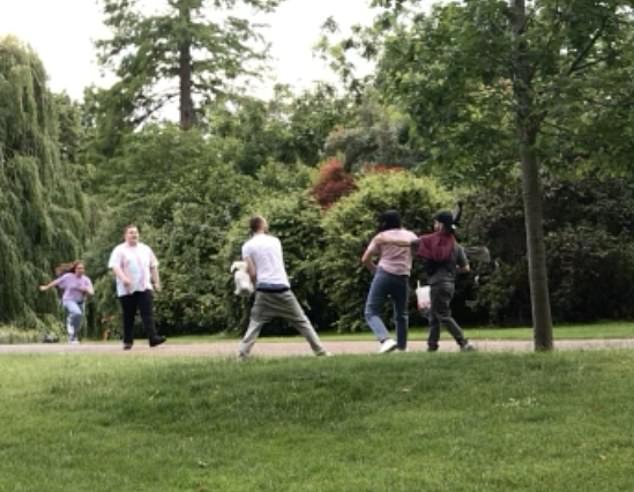 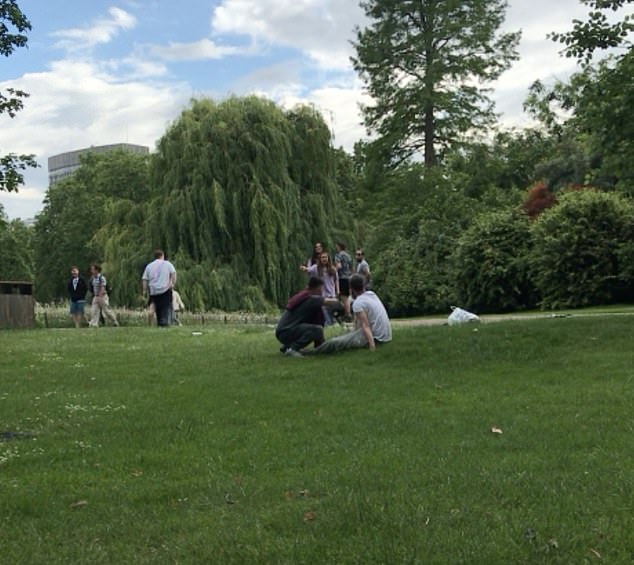 Within seconds, the women’s friends approach the scene and try to break up the fight.

As they escort the woman away from the scene, one of them is heard shouting: ‘Disgusting! Shouting about rape.’

It is not clear if the brawl was reported to police.

attack, horror, in, James&apos, St
You may also like:

Sky One to be scrapped