A handwritten message by Queen Elizabeth II for ‘the citizens of Sydney’ lies hidden inside one of the city’s most iconic buildings – but it won’t be read for another 63 years.

The cherished Queen Victoria Building in Sydney’s CBD, holds a time capsule with a secretive letter from Her Majesty with strict instructions not to be opened until 2085.

The Queen penned the letter following major restoration works to the building in November, 1986.

Not even her personal staff know what she wrote and many citizens of Sydney will never find out either.

The letter sits framed inside a glass case in the restricted dome area in the top of the QVB with only Her Majesty’s instructions visible.

The letter is addressed to the ‘Right and Honourable Lord Mayor of Sydney, Australia’.

‘Greetings. On a suitable day to be selected by you in the year 2085 A.D. would you please open this envelope and convey to the citizens of SYDNEY my message to them,’ the letter reads which is then signed by the Queen. 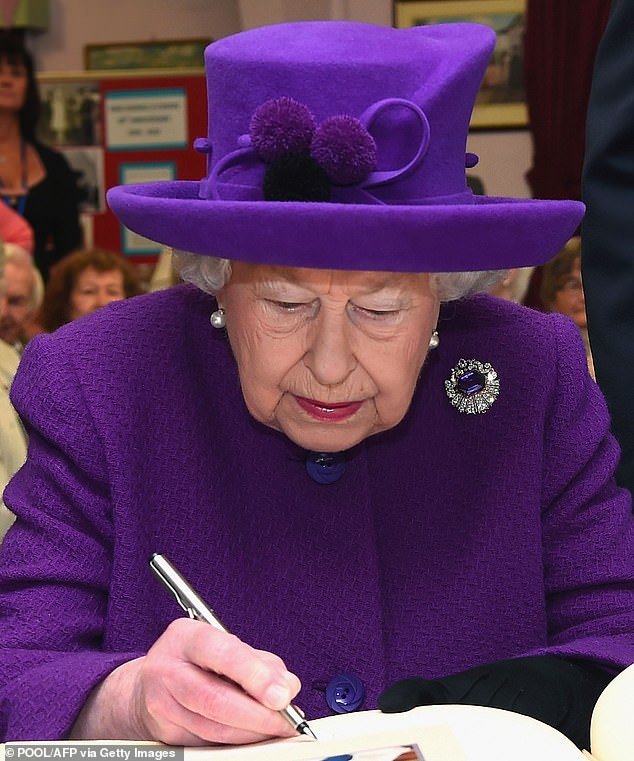 The Queen wrote a personal letter to Sydneysiders before she died, but it is kept under protection (pictured: the Queen writes in a book) 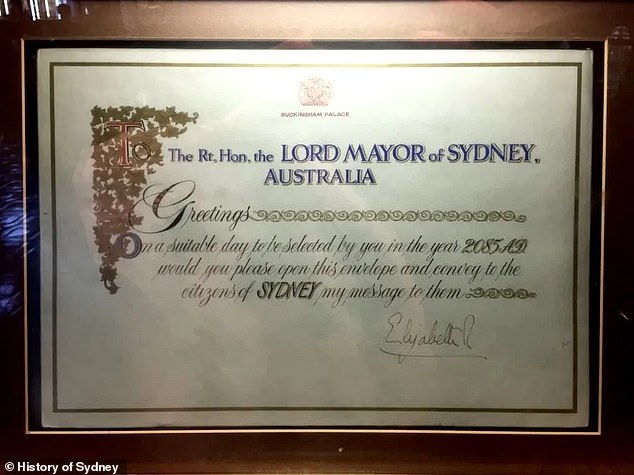 Only the envelope of the secretive letter kept inside the Queen Victoria Building is visible (pictured), instructing the Lord Mayor of Sydney in 2086 A.D. to open the letter and read it to Sydney’s citizens

The sandstone QVB building was opened in 1898, after the council decided to name it in honour of then-reigning Queen Victoria’s Diamond Jubilee.

In 1959, the building was nearly demolished for civic space and car parking, and multiple council reviews have been conducted for remodelling over the building’s lifetime.

A Malaysian company who still hold a 99-year lease then restored the building in 1984, basing their remodelling on images they could find of the QVB at the time of its opening. 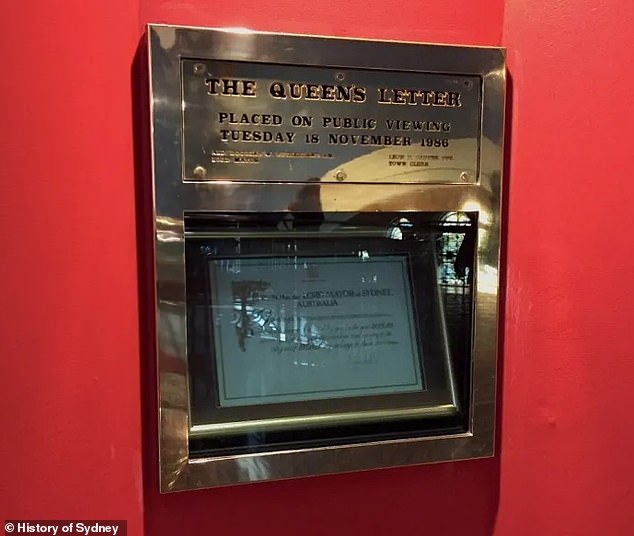 The letter sits above the stores within Sydney’s Queen Victoria Building, in a case up by the iconic dome (pictured)

Australians woke up to the shocking news the Queen had died on Friday morning.

The Queen’s death was announced about 3.30am and Australian morning TV shows announced the news an hour later, followed by a statement by Prime Minister Anthony Albanese at 4.47am.

A moving 96-gun salute was held outside Parliament House on Friday afternoon to mark her passing.

A round was fired for each year of Her Majesty’s life. 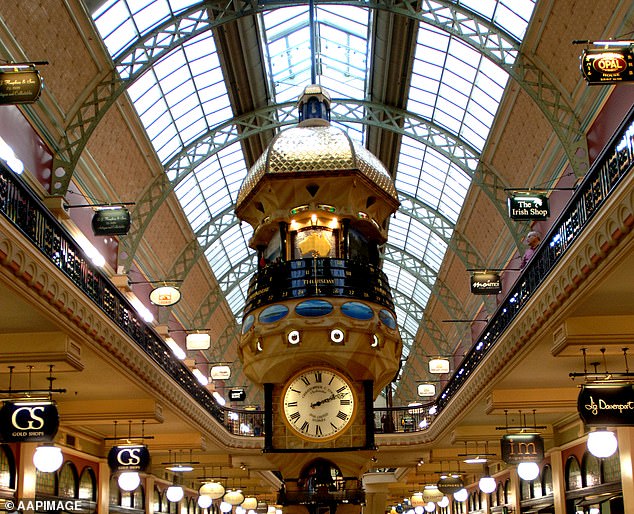