Whether intentionally or not, Musk is threatening Trump’s own social-media startup, Truth Social, which has plans to go public in a merger with a so-called blank check company, Digital World Acquisition Corp. Truth Social is essentially a right-leaning Twitter copycat that Trump formed in 2021 after Twitter blocked him. The whole point of Truth Social is to give Trump a Twitter-like place to preach to his fans and followers.

If Trump returns to Twitter, Truth Social would lose its purpose. The company itself has acknowledged this. In a registration statement filed with the Securities and Exchange Commission in May, DWAC noted that Trump described his startup as a “platform for all who have been censored by Big Tech.” The company’s mission is to “stand up to ‘cancel culture’ and the ‘self-righteous scolds.’” 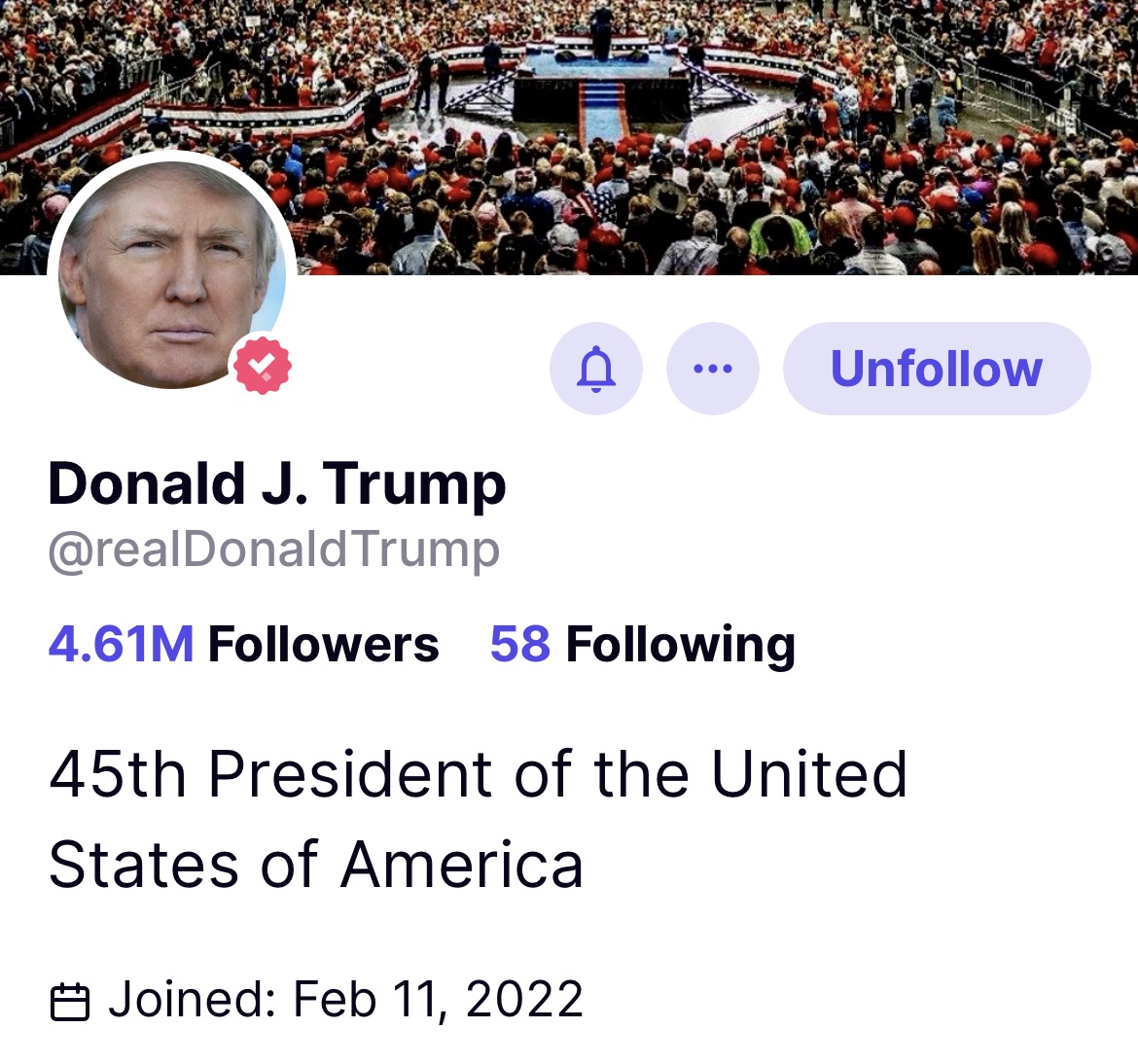 Musk has now uncensored and uncanceled Trump—putting Trump in a very tricky position. The Truth Social business model actually depends on Trump being banned from Twitter. “If President Trump were to cease to be able to devote substantial time to Truth Social … business would be adversely affected,” the registration statement says. “Failure to realize this vision would adversely affect TMTG’s brand and business prospects.”

Shares of DWAC, Trump’s planned partner company, fell 3.5% on the first trading day after Musk unbanned Trump from Twitter. The shares are still higher than they were in late October, probably since Trump recently announced he’s running for president in 2024, and investors think that will raise Truth Social’s profile—assuming Trump stays there.

Trump has said he doesn’t plant to rejoin Twitter. But some analysts think the attention-hungry Trump won’t be able to resist the huge platform Twitter provides. When Twitter banned him in 2021, Trump had 88 million followers on the platform and he could generate news headlines with a single tweet. Trump’s Truth Social account says he only has 4.6 million followers on it, and Truth Social simply lacks the reach Twitter has. If Trump is serious about his 2024 presidential bid, he may eventually need the massive amount of free publicity Twitter can provide.

Trump might try to post on both platforms, giving his Truth Social followers a reason to stay. And the ultimate plan for the Trump company is to branch out into a streaming service offering video programming and other types of content. Still, if Trump reverted to Twitter, he’d be competing against his own company.

Musk seems to want Trump back. On Nov. 20, he posted a lewd Tweet depicting Trump as a tormented monk being tempted by a bare-bottomed ingenue representing Twitter. Trump chronicler Tim O’Brien of Bloomberg argues that Musk needs Trump back on Twitter because he is the platform’s “most recognizable global power user,” and that Trump needs Twitter to have any chance of repairing his damaged political brand.

Trump’s social-media company has other problems, with survival far from guaranteed. The deal to merge with DWAC and go public has been delayed several times amid a government probe into whether representatives of the two companies violated securities laws by planning the merger earlier than they revealed to investors. That probe could disrupt the deal completely or wind down without incident. DWAC has also struggled to get shareholder approval for the merger, with the deadline for approval slipping from September to December.

DWAC shares rocketed from $10 to a brief intraday high of $175 last October, when news of its plan to merge with the Trump company first broke. The price has tumbled since then, hitting a low for the year of around $16 in October 2022. If the Trump deal collapses, money allocated to the merger could go back to investors. The clearest way back to Twitter for Trump, ironically, would be the demise of his own company.

Click here for politics news related to business and money