How Middle England’s favourite store was built by Britain’s meanest man: Today, John Lewis is a byword for caring capitalism. But, as a new book reveals, its owner was never knowingly under-cruel

Today, John Lewis is Middle England’s favourite retail outlet, attracting everyone from suburban housewives to the Duchess of Cambridge. But behind its elegant, dignified facades lurks a history of bitter infighting, cruel exploitation, naked greed and social revolution, as a new biography of the store and its owners reveals.

A narrow-fronted shop that had once been a tobacconist’s was the unprepossessing site chosen by a young man called John Lewis as the location of his drapery business in 1864.

Who could have predicted then that it would grow to become a retail phenomenon. In the years that followed, he spent as little as possible on himself, the wages of his workers and the accommodation in which many of them were housed above his store.

Neither did he go in for lavish, eye-catching window displays. Yes, he said, that might attract a crowd, ‘but so it would if I stood on my head in the corner window’.

Soon, he had expanded into several small shops either side of the original and was enjoying annual sales equivalent to £12 million today. In the decades that followed, he and his descendants created a chain of department stores that became a byword for trust, reliability and quality.

But John Lewis started out as a ruthless, profit-driven business under the dictatorial power of its namesake. It was only following a brutal battle for control between a father and his son that it became the chosen store of Britain’s aspirant class. 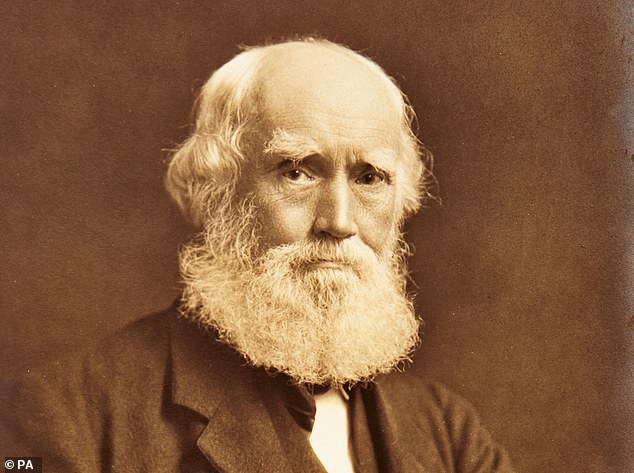 Irascible and obstinate, the original John Lewis was an overbearing bully whose mean streak manifested itself in many different ways. After promising to make up the differences between wages and Army pay for conscripted employees during World War I, he abruptly retracted the offer. When customers writing cheques for home deliveries omitted fractions of a penny — a farthing or a halfpenny — Lewis would deduct these paltry sums from the wages of his hapless van drivers.

But it was when he tightened the screws still further — ending commissions on sales, forbidding staff from leaving the premises during meal breaks and ordering them to sign an undertaking that they would not join a trade union — that he sparked industrial action.

The ensuing strike at John Lewis’s flagship store in 1920 aroused such public sympathy that even Queen Mary gave her support, dispatching a representative to Oxford Street to drop coins in the buckets rattled by the pickets outside the shop.

And every day the 400 strikers marched around the block comprising John Lewis & Co, carrying placards as they held up the traffic and barred the way to the shop’s doors.

It was a spectacle that people stood on the pavements to watch, some offering the workers meals and beds for the night. But one person remained unmoved — the store’s octogenarian founder, a white-bearded figure described by one union official as ‘a tyrant . . . representing much of the worse type of employer’.

At one point, the strikers asked him to talk to a deputation but back came the answer: ‘If they came to me on their hands and knees I would not receive them.’

When the stoppage was finally called off after six weeks, the protesters agreed that none of them would return to work for John Lewis. Angered by their union’s ‘impertinent interference in the management of my business’, he wouldn’t have had them back anyway — but what would have troubled him was that the strike hit the company’s profits that year. 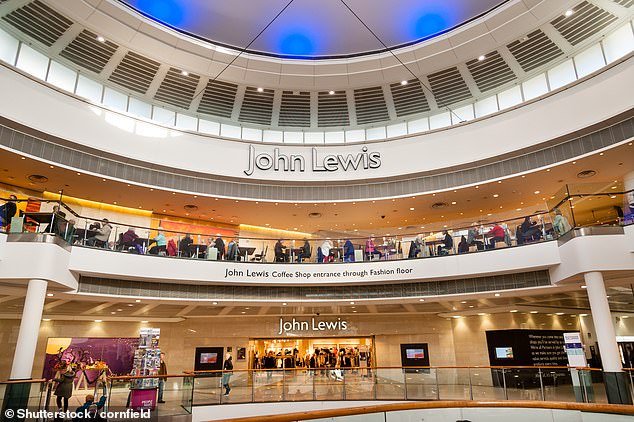 Fast forward to February 2020 when Dame Sharon White, the firm’s sixth chair, took over John Lewis. Competition from online rivals such as Amazon meant that the future of the High Street was bleak and Waitrose was the only part of the group making a profit

For he was a man for whom amassing and safeguarding a fortune was the whole aim of being in business.

According to his elder son, Spedan, he had such ‘a passion for accumulating money and a dread of losing it that . . . he was like a man driven by a demon’. What he described as his father’s ‘insane greed’ could perhaps be ascribed to his deprived childhood in the small Somerset town of Shepton Mallet.

Orphaned at the age of only seven, the young John Lewis was taken in by various maternal aunts and he later paid a veiled tribute to one, Ann Speed, in christening his first-born Spedan, pronounced ‘Speed-ann’.

His temper was first apparent when, at the age of 20, his position at a shop in Liverpool ended abruptly when he got into a fight with a fellow assistant who had interfered with his window display of ribbons.

From there, Lewis went straight to London where he spent the next eight years working at the Peter Robinson store on Oxford Circus. This gave him the knowledge of the trade and the confidence to strike out on his own.

Enjoying a rare holiday in the early 1880s, he treated himself not to a trip abroad but a cruise along Scotland’s Caledonian Canal, during which he met his future wife Ellie, a teacher.

When they married in 1884, she was 30 and he was 48. Although she had a degree in political economy and history from Cambridge — a rare achievement for a woman then — handling her mercurial husband became her full-time job. As the owner of his business for 20 years, he was used to having his own way both at work and at Spedan Tower, their home in Hampstead, North London.

Like their mother, Spedan — who was born in 1885 — and Oswald, who followed two years later, became used to their father’s sudden rages and the stubborn irrationality which led to his imprisonment in 1903.

Having expanded the store into two rented houses in adjacent Holles Street, Lewis was perfectly aware that the terms of his lease forbade changes to their facades — but he put in shop windows regardless. 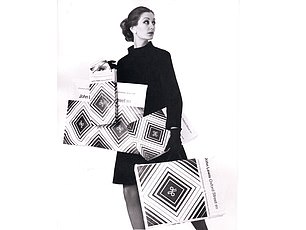 When he refused to change them back, his landlord took out a court order to force him to do so. That had no effect, so Lewis was jailed at Brixton prison for three weeks for contempt of court. He was released when he signed an apology and agreed to reinstate the original frontages — but he never did, leaving the windows boarded up for years. In the 1890s, he had invested in a great rebuilding of John Lewis & Co. This included a basement and three floors of selling space with two oak staircases and a lift but he considered the latter an indulgence for the old and disabled, chivvying other customers to use the stairs.

When Spedan joined the firm in 1904, he concluded that his father’s mindset had not evolved with the expansion of the firm. He remained at heart a small-town draper.

After tiring of Lewis’s threats and moods, Oswald left the company, but only after successfully suing his father and brother for a pay-off equivalent to £6 million today.

Lewis’s behaviour also took its toll on Ellie, who lapsed into depression and, even when she became ill with a temperature of 40c (104f), her spouse refused to summon medical help.

A doctor was called only after Spedan had endured a confrontation in which his father ‘slapped my face, threw the waste-paper basket — the big wicker one—– at me, and followed that up with the telephone directory. I dealt easily with the basket, but caught the book behind the ear, exactly in the right place for a knock-out if it had been harder’. Although John Lewis never retired from the company — even in his 90s he was chauffeured daily to Oxford Street — Spedan had been given day-to-day control of Peter Jones, the King’s Road department store John Lewis acquired in 1905. After his father’s death in 1928, he became chairman of the company.

Single-minded and inspirational, he had long been planning a retail revolution which began with his realisation that the Lewis family were taking annually more out of the business for themselves than the combined wages of the whole workforce of 300 or so.

At Peter Jones, he had addressed this with a scheme by which each employee received a percentage of the annual profits in proportion to their wages or salary. Paid in shares or bonds, this made every member of staff a ‘partner’. Extending this to include all John Lewis employees, he also provided staff with cut-price accommodation and sporting facilities at properties including a country club on the River Thames.

Spedan also employed many more women as buyers, a key role previously dominated by men, and moved into the grocery business in 1937 with the acquisition of a chain of ten shops in and around London owned by Wallace Waite and Arthur Rose, trading as Waitrose Ltd.

It was the shrewdest investment he ever made. By the time he died in 1963, the John Lewis Partnership was flourishing and employees shared in the good fortune.

The early 1990s were a reputational high point. The name John Lewis meant reliability, good value and a wide choice. It became the darling of consumer publications and won many awards in consumer satisfaction polls.

But, in 1994, across the Atlantic, Jeff Bezos launched a high-tech operation which he called Amazon.com — an event of no apparent significance at the time.

Fast forward to February 2020 when Dame Sharon White, the firm’s sixth chair, took over John Lewis. Competition from online rivals such as Amazon meant that the future of the High Street was bleak and Waitrose was the only part of the group making a profit.

Dame Sharon announced a startling strategy of diversification for the company, whose promise to customers is famously ‘never knowingly undersold’. The firm would expand into estate agency, finance, house-building and more.

Then Covid struck. A drastic reconfiguration of the business, which may well have happened anyway, over a decade was undertaken in a single year and some stores were closed permanently.

Staff bonuses were slashed and then scrapped. Even the emblematic John Lewis store on Oxford Street has not wholly escaped. It will become ‘dual use’, losing 45 per cent of its selling floors, designated for office space.

So did Spedan Lewis’s experiment fail? Not at all. What the future holds for the company is uncertain but, just as John Lewis himself responded to a changing retail environment to create his empire, new market conditions will create a different one.

Spedan’s legacy of recognising the value of staff remains: happy people work more willingly and are more likely to go the extra mile, as Spedan realised when he established the partnership — his final moral riposte to the father whose obsession with the family fortune distorted his own life and the lives of his wife and children.