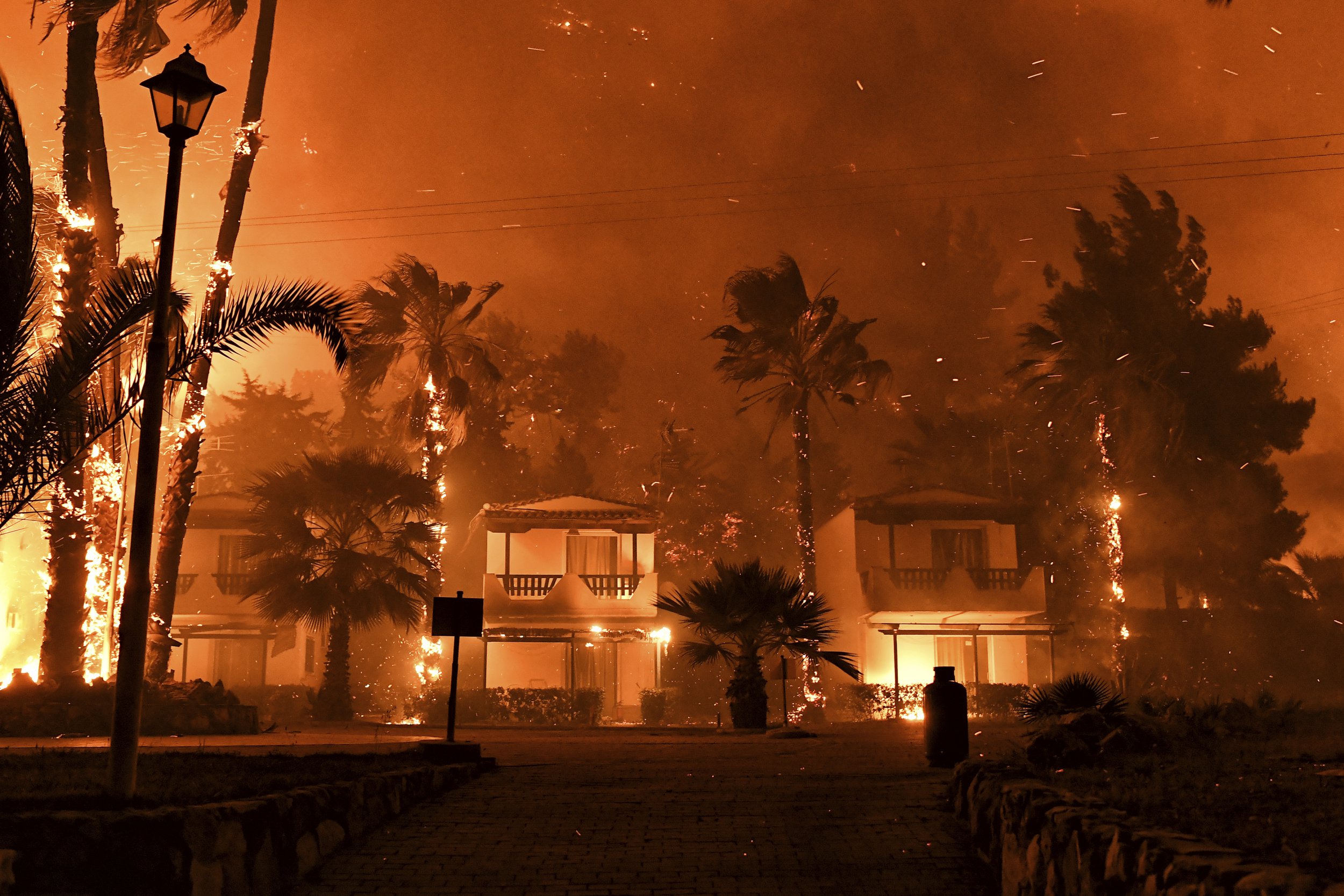 Around 300 people have been evacuated after a huge wild fire tore through a forest near a holiday resort in southern Greece.

Residents in six villages and two Orthodox Christian monasteries were told to flee as more than 180 firefighters desperately tried to contain the flames in the Corinth region, around 45 miles west of capital Athens.

Emergency crews deployed 62 fire trucks and 21 aircraft including eight water-dropping planes to douse the blaze, which started near the resort town of Loutraki, on the Peloponnese peninsula.

Westerly winds carried the fire towards the Gerania mountains, where the monasteries are located.

Evacuation orders were issued in the area overnight and on Thursday morning as a precaution, a fire brigade official said.

Black smoke and ash from the fire is said to have reached the capital but no injuries have been reported.

‘Some 300 people have been evacuated,’ police spokesman Theodoros Chronopoulos said.

The fire is said to be ‘raging’ near the village of Schinos, a fire brigade spokesperson added.

Two properties are said to have been badly burned in the area of Mazio, local reports suggest.

But many are holiday homes and thought to be unoccupied at the time.

‘We are mainly talking about settlements 90% of which are holiday homes,’ fire brigade spokesman Vassilis Vathrakogiannis said.

The country suffered what has been described as its deadliest wildfires in 2018 in the coastal region of Attica, which claimed the lives of more than 100 people and damaged over 1,000 buildings.

The blaze happened during a deadly European heatwave which saw temperatures soar towards 50C.