Hundreds of day cares are closed today as educators go on strike. Here's why

Hundreds of child care providers in 27 states and Washington, D.C., are going on strike Monday to remind policymakers how essential they are not only to families but to the nation’s economy too.

Early childhood professionals – and the parents they serve – say they’re fed up with the lack of progress on policy promises such as better wages and expanded subsidies.

Few providers make much of a profit and many are in the red: Teaching and caring for young children is as expensive as it is essential.

Center closures are one of various ways organizers will be taking action Monday as part of "A Day Without Child Care: A National Day of Action." Some will be taking students (and any interested parents) on field trips to rally state capitols or city halls, or to celebrations at parks. Others have simply asked parents to wear to work pins with statements such as "I wouldn't be here today without child care."

All in all, there are more than 40 confirmed events and nearly 400 providers who have pledged to call out, close their doors or strike Monday, according to Wendoly Marte, a community organizer in New York City who's helped coordinate the national initiative. 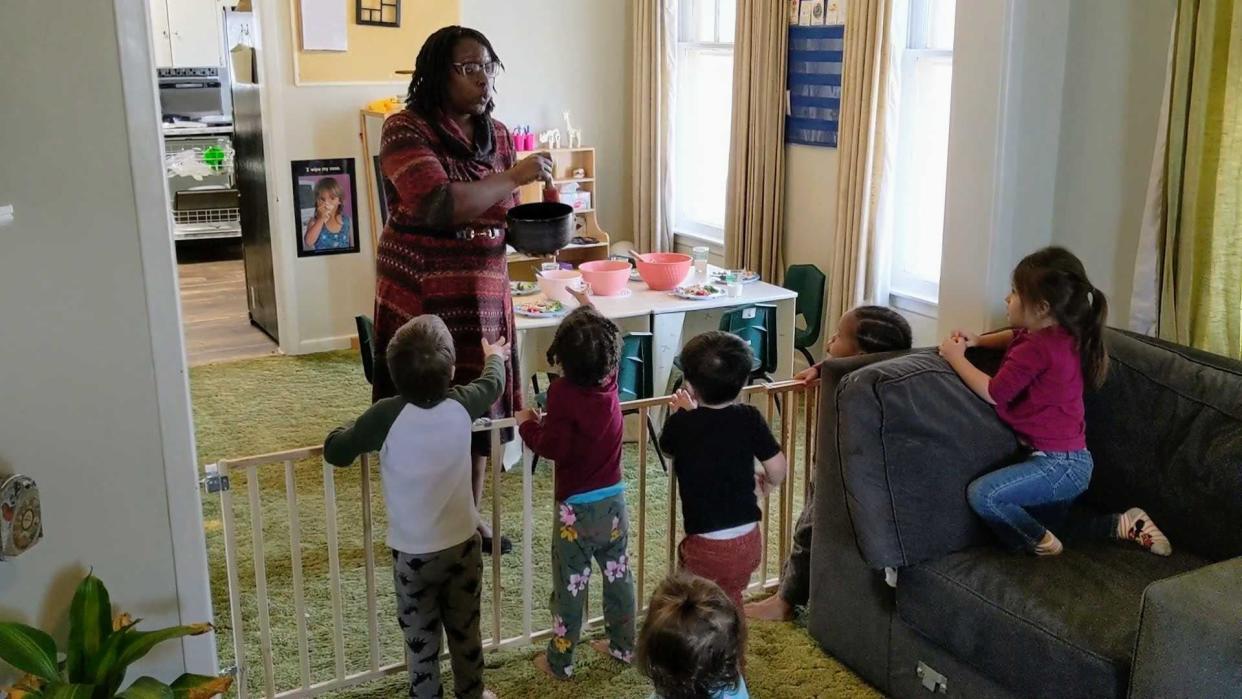 'Why should I have to sacrifice taking care of my family?'

Demand for child care far exceeds the supply and one reason is a staffing crisis. There are few incentives to work in early learning: The jobs tend to pay poverty-level wages and lack fringe benefits.

A survey conducted last summer found that four in five early learning and care centers nationally were understaffed. Providers participating in the day of action say the problem has only gotten worse, with some of their workers drawn to the lower-stress, higher-paying jobs at warehouses and chain restaurants.

A 'confusing and frustrating maze': COVID made finding child care even harder

Prior to COVID, Shineal Hunter's Family Circle Academy in Philadelphia served 65 children. Now, Hunter only has three teachers, so she's down to about two dozen kids.

She, in consultation with staff and parents, decided to close down her center Monday to make a statement as a Black woman and fourth-generation child care provider.

"Enough with the talking. … Why should I have to sacrifice taking care of my family? Why am I constantly in a position where I have to choose?" Hunter said. "I want to leave my business to my children but I'm strongly against advocating for my daughters coming into this industry."

Hunter's event will start with a rally at City Hall followed by a block party in the center's neighborhood.

Many of the women spearheading their local protests were themselves mothers who relied on – and struggled to afford – child care when their kids were younger. They paid their dues and got their degrees, studying early childhood education and working in classrooms and complying with all the licensing rules to retain their designation as high quality.

Women account for almost all of the child care workforce, and a disproportionate number are women of color. Their median wage is $13.22 an hour.

Despite her passion for the work, Kelly Dawn Jones is similarly skeptical about passing down her child care business to her own children. Jones, a single mother, runs a child care center out of her one-bedroom Indianapolis home. Love Your Child's Care Childcare serves about a dozen children for 10 hours a day every weekday of the year.

Home-based providers are often subject to the same licensing requirements as centers, such as meeting teacher-student ratios. But they tend to face more barriers in accessing subsidies, and are often paid less per child. That means Jones, who refuses to raise tuition for her largely low-income families, is barely getting by.

Jones’s children share a bunk bed in the bedroom and she sleeps in the living room. She said she isn’t able to save for retirement and she’s had to put off dental work. She has no idea how she’ll pay for her aspiring-rocket scientist son’s college education.

“The money isn’t being put where their mouth is,” Jones said. “The goal of this action is to hopefully snap people awake. Many providers and I really believed that when the pandemic occurred that everyone kind of got it – yeah, this thing is essential." 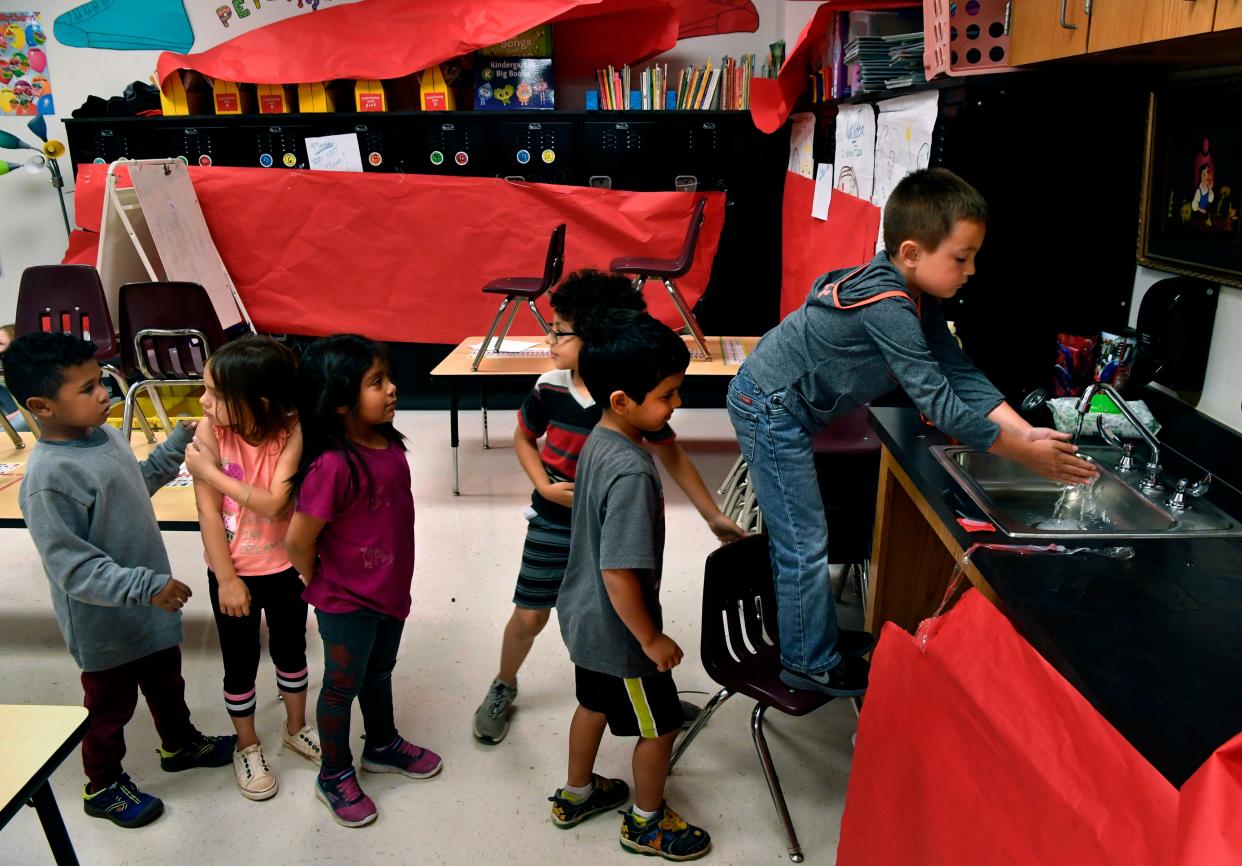 Failure of Build Back Better, other bills

At first, observers were hopeful as politicians on both sides of the aisle championed the need to invest in child care during the pandemic, said Marte, the national coordinator. But after the failure of the Biden administration's Build Back Better domestic spending plan, which included provisions that would've set a cap on the amount families pay for child care and minimum salary requirements ensuring pay parity for workers, that optimism quickly began to subside.

Advocates have grown more demoralized with Congress' failure to continue the expanded child tax credit, which for a while deposited monthly payments into parents' bank accounts. Democrats are now pushing to renew the expanded credit. 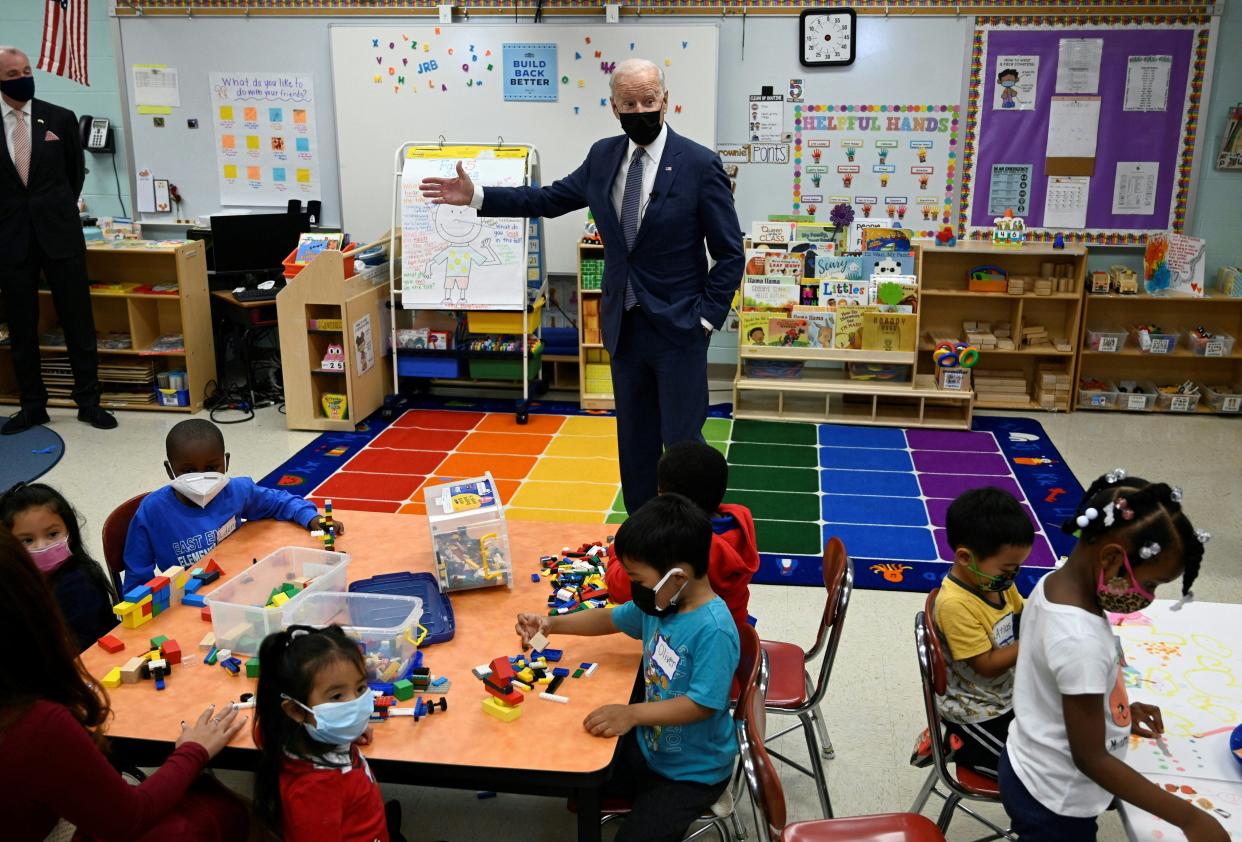 In some places, parent groups are organizing the Day Without Child Care events.

"The parent-provider relationship is one of the most symbiotic relationships in the world," said Oriana Powell, a parent organizer in Detroit. "The trajectory of my life has been decided by having to take care of folks" — from her child to her mother to her sister and, now that her sister has passed, her sister's child.

Powell will always remember a moment of clarity she had before her daughter, who's now in pre-K, had reliable care. Her employer allowed Powell to bring her daughter into the office and work events. Her daughter grew accustomed to being around other people; she was beloved among Powell’s colleagues.

One day, Powell was giving a speech and realized she couldn’t see her daughter in the sea of her colleagues. Then, she heard a scream. Her daughter had fallen down the stairs. Fortunately, another woman picked her up almost immediately. It was the scariest moment of her life and it taught her "I cannot be a worker and a parent at the same time."

"Providers show up because they understand that mothers have to work," Powell said. "And mothers know they have to work because they're invested in their child. There's no me without you."