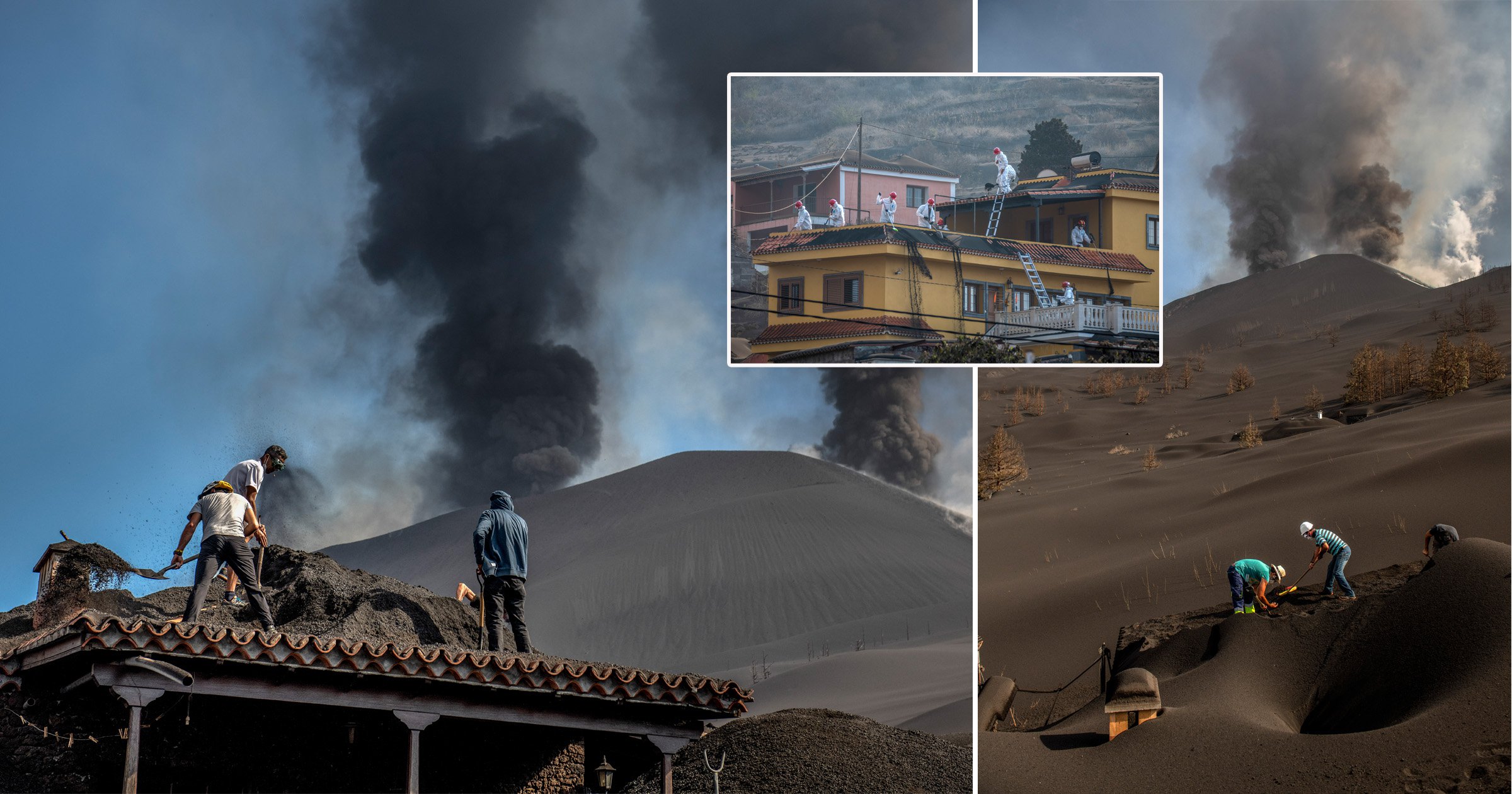 Hundreds of homes have been covered in a blanket of toxic ash following volcanic eruptions on the Spanish island of La Palma.

The Cumbre Vieja volcano began erupting on September 19 and has not stopped since.

Families have been evacuated from their homes in the area, which is one of the Canary Islands.

More than 1,500 buildings have been destroyed, while hard, black lava now covers 1,580 acres on the western side of the island.

Blocks of red lava, some as big as three storey tall buildings, rolled down the hillside as La Palma collapsed in on itself at the weekend.

The airport has been closed and large areas of the island have also been covered in volcanic ash.

The ash is toxic and has jagged edges that can cause irritation to the eyes, nose and lungs, making it difficult to breathe.

On Thursday, a 4.5-magnitude earthquake shook La Palma in what was the strongest recorded tremor since volcanic eruptions began.

The quake was one of around 60 recorded overnight, according to Spain’s National Geographic Institute.

Despite the risks, volunteers have been working tirelessly to clear roads and uncover buildings. The Spanish Navy has been brought in to help.

Video footage taken by JuanMa Hernandez, who lives on La Palma, shows workers wearing face masks to protect themselves as they desperately dig out homes.

JuanMa said: ‘If anyone wants to know how much ash has been left near the La Palma Volcano, watch this video. It’s brutal.’

Clearing the roads is an important task as the ash is preventing vehicles from moving around the island.

Another one said: ‘I had not seen such a catastrophe in at least a decade since the 2011 tsunami in Japan, I hope the island can recover from this.’