HUNDREDS of mourners lined a major road to farewell a gypsy king known as Del Boy – with the funeral growing so big police had to be called in.

The masses gathered in the rain to say their final goodbyes to John Taylor, who was well known in the gypsy and caravan communities. 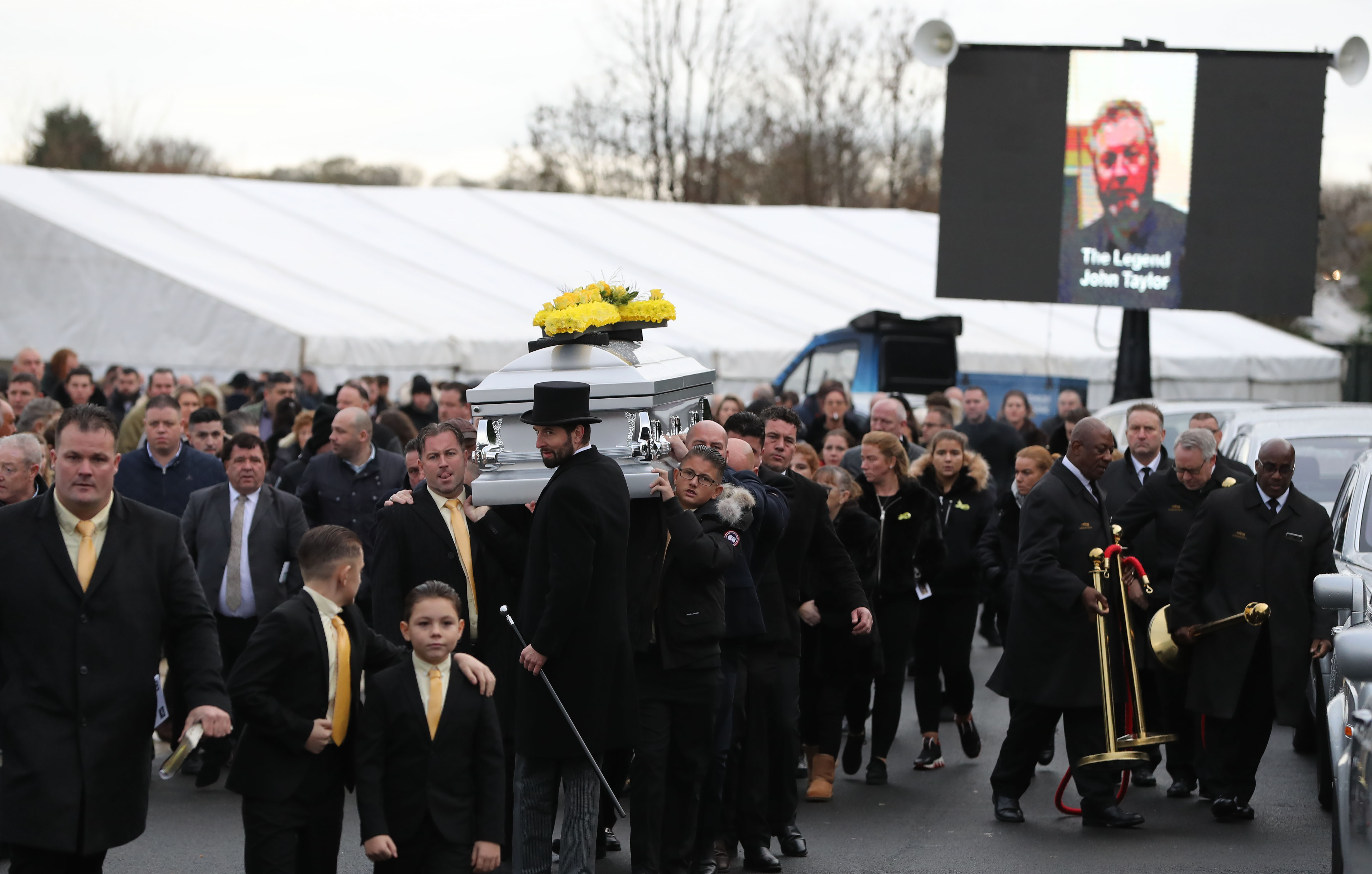 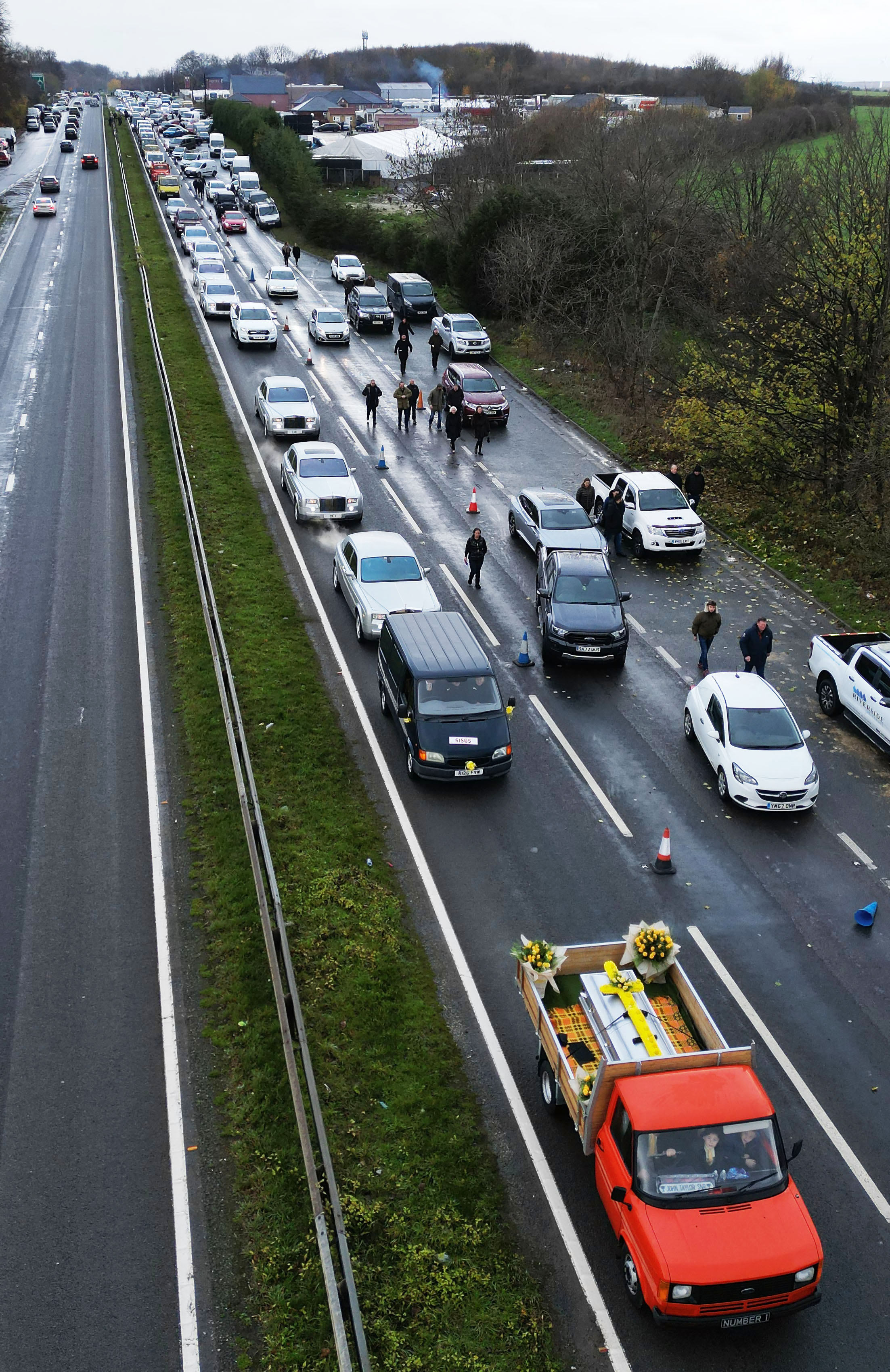 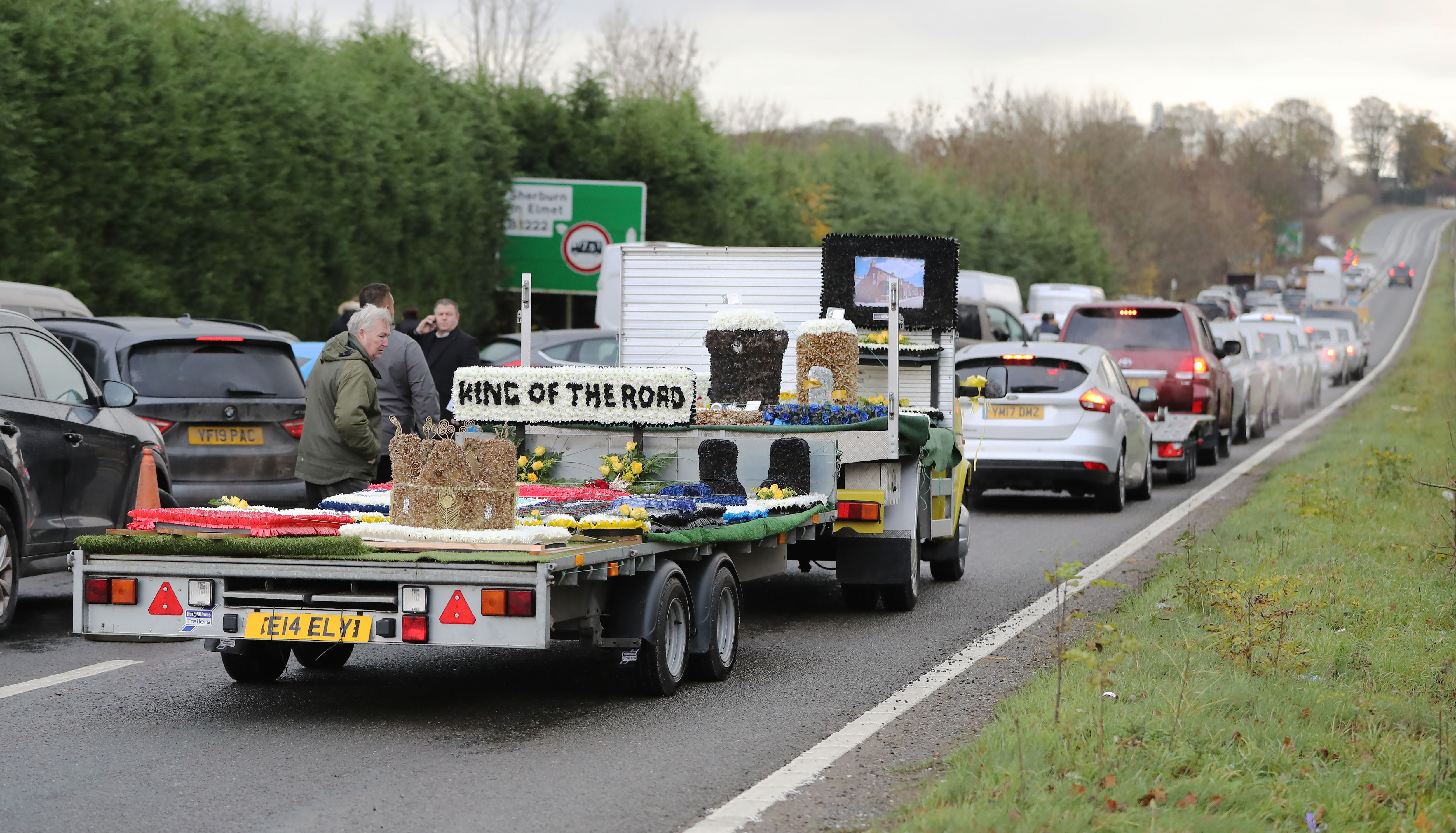 The crowds saw a police operation launched, with traffic on a major Yorkshire road stopped as the funeral convoy moved through.

John, also known as “The Del Boy Trotter” of the Romanies, collapsed and died after suffering a heart attack in recent days, aged just 57.

But his pals have said he died doing what he loved, as the wheeler-dealer had just sold his last caravan.

And, part of the gypsy king's funeral saw loved ones gather at his caravan site near Selby, North Yorkshire, for an outside service. 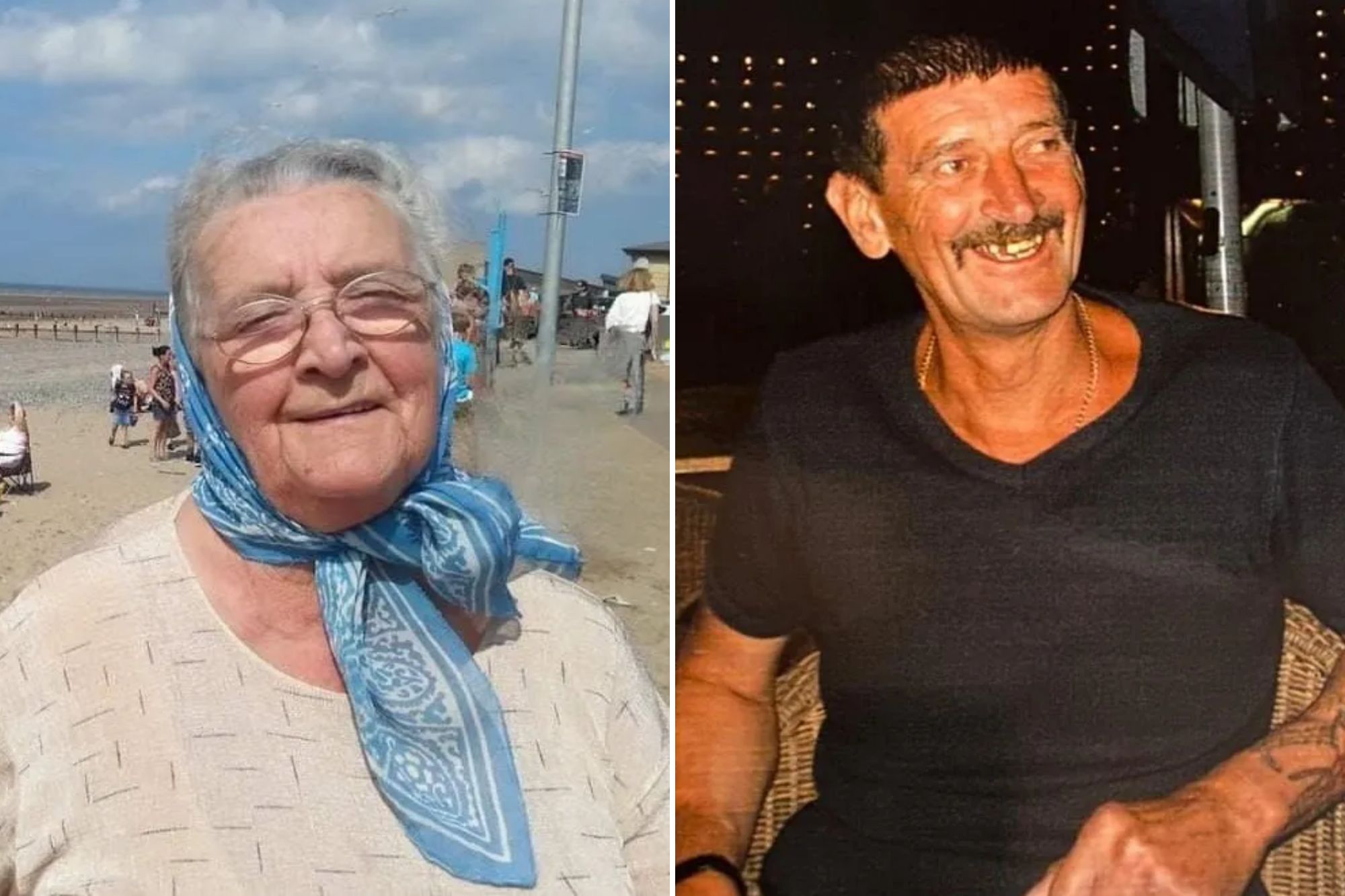 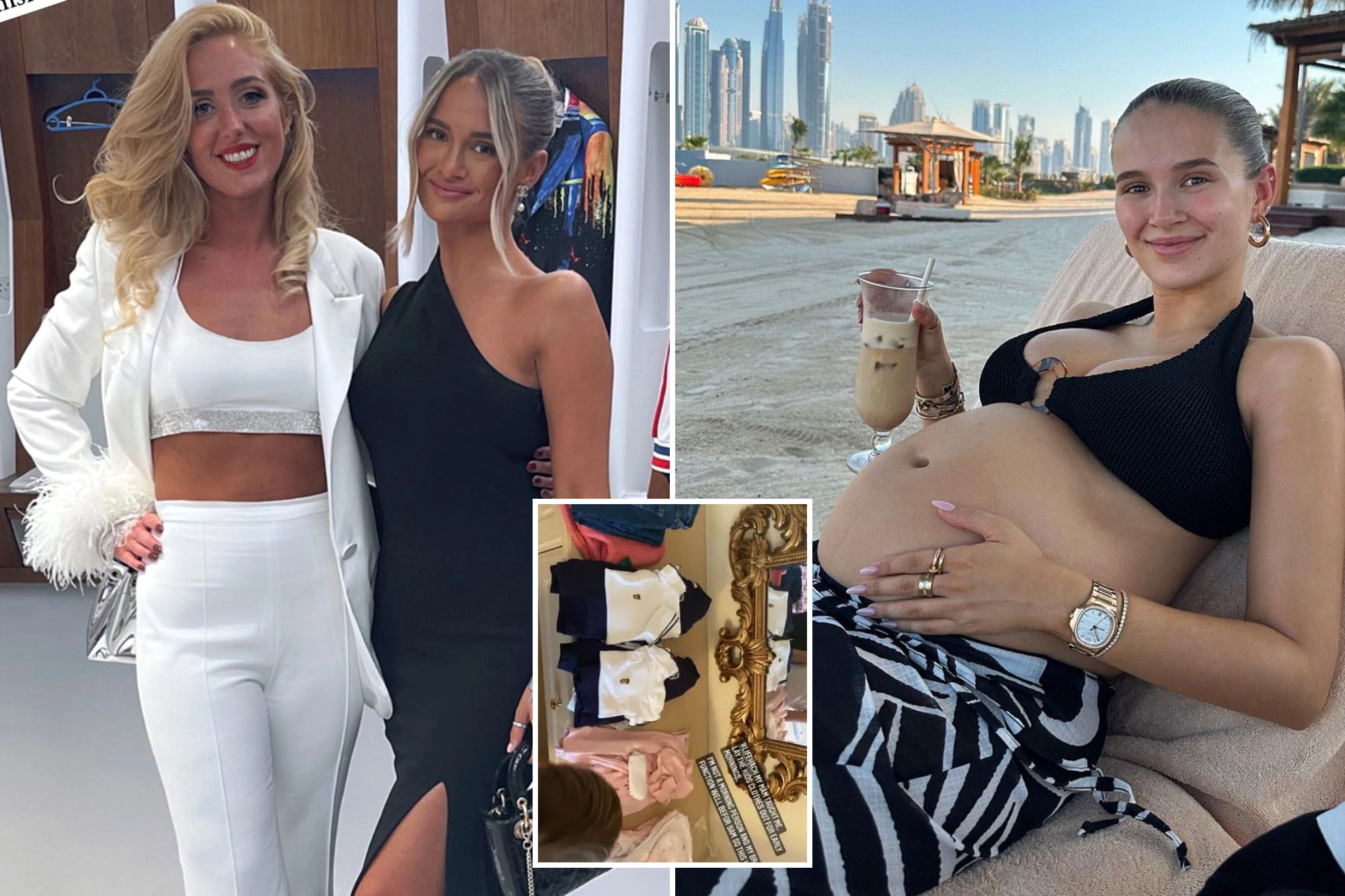 Photos of the massive funeral cortege showed his silver casket followed by a procession of seven sliver Rolls Royces.

Traffic on the Great North Road, formerly part of the A1, was held back for 15 minutes to allow the convoy to depart.

A major police operation was pulled together to ensure the ceremony went smoothly, with mourners allowed to double park on the hard shoulder of the busy duel carriageway.

The Rolls Royces were followed by nine flat bed trucks laden with floral tributes – including caravans sculpted out of blooms and messages such as King of the Road.

John’s silver coffin was loaded onto the back of a red Ford Transit with the registration plate “Number 1”.

The Romani was said to be a self-made man who was described by close friends as being like wily market trader Del Boy from Only Fools and Horses.

His body had been returned to Milford Caravan Park, South Milford, on Saturday at a private service involving hundreds of family.

Yesterday, even more gypsies from around the UK and Europe gathered together on John’s caravan site for the colourful final send-off.

A white marquee was packed with 600 mourners, while many more stood outside watching the service on giant screens mounted on lorries.

Tributes and religious messages ran for more than two hours, before an image of John that said The Legend – John Taylor was displayed on screens all over the site.

She described him in the order of service, which included their wedding photo from November 1983, as The Gamest Gypsy Man to Stand in Two Shoes.

Friends said he passed away “doing what he done best – having done a deal with a caravan”.

John was dubbed the Shera Rom in the gypsy language, meaning head gypsy or King of the Gypsies.

His passing has shocked the world of the gypsy community.

He was always referred to professionally as John Taylor senior because his 33-year-old son, John Taylor, also works in the family business.

A family spokesman said:  “He was known well throughout Europe not just in the UK.

“He was a very old fashioned gypsy man who worked hard for his family. He taught them good morals and to respect others.”

The grandfather was a caravan dealer by trade, who bought and sold throughout Europe.

An associate said: “He was a man of his word.

“When he had a deal, he never backed out whatever the cost – good or bad. His caravan business was his main business, but he never forgot where he came from.

“Whatever you had he would buy it if there was a profit – and he was good at it. Whatever he did, he did it well and he has done so many jobs.

The family spokesman added: “His life was about working hard every day for his family but also help any stranger who was in genuine need.

“You couldn't fool him. He was a very wise man in every way. His passing has shocked the world of the gypsy community.

“As the Shera Rom, he was the father figure to so many and will be sadly missed – and not just by the gypsies, but also by locals in the area.

“John also ran a caravan site in south Milford and had many local non-Gypsy friends. He was a loving husband and father.

“His death has broken so many hearts. He will be missed and loved forever.” 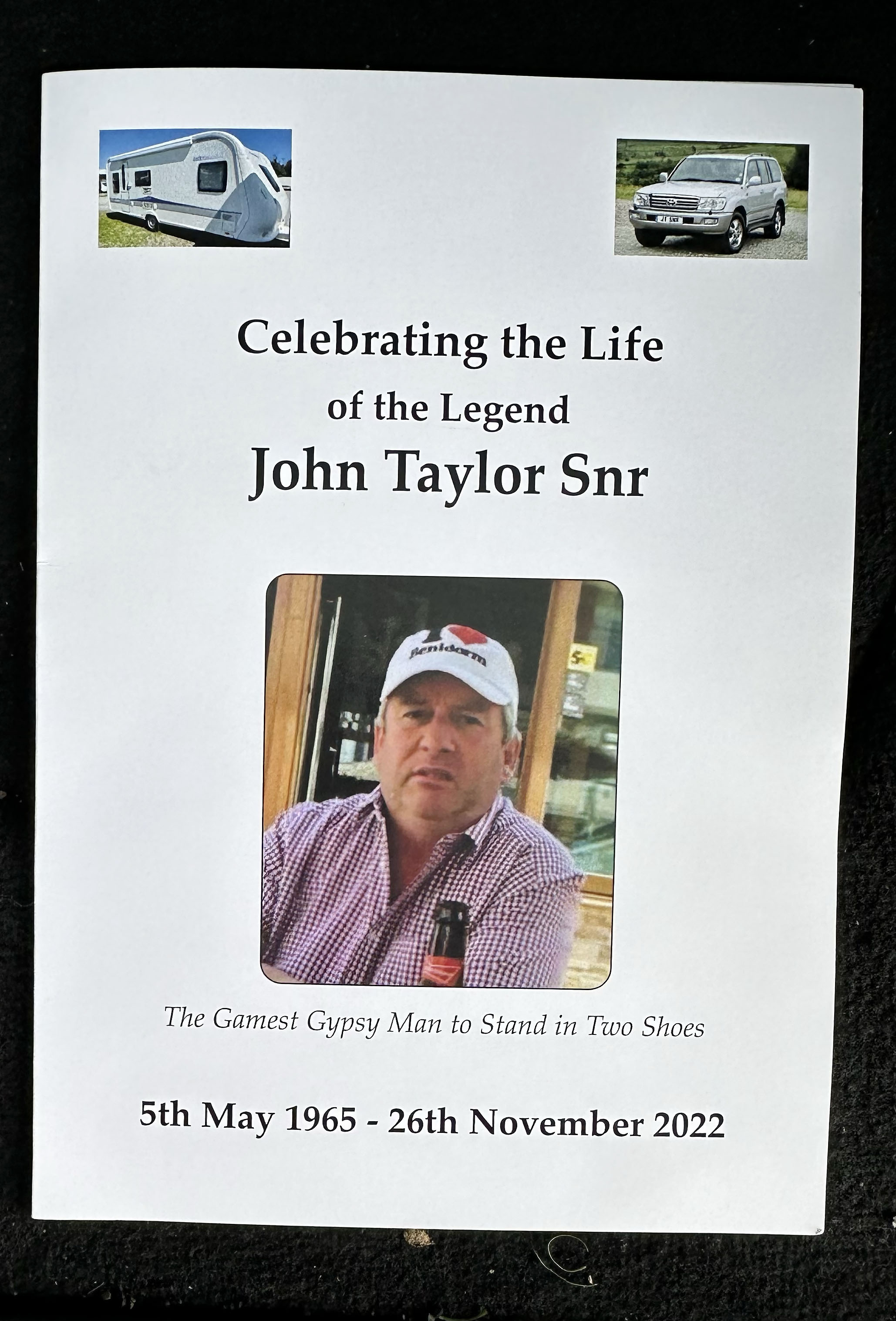 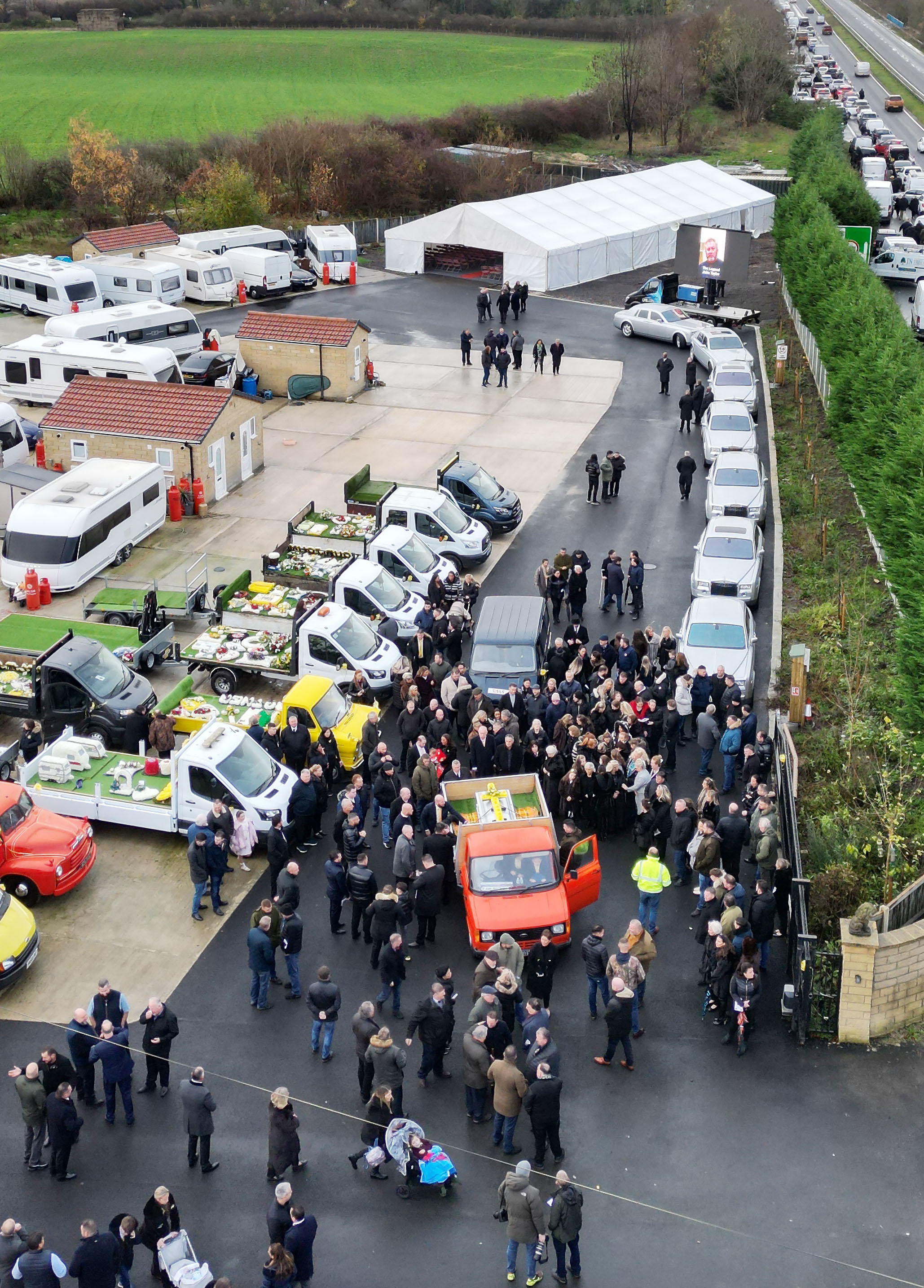