A WOMAN who chanced upon £300 inside a designer purse she bought at a charity shop revealed it also came with a mysterious note.

In a TikTok clip, the lucky shopper explained how she bought the Coach bag for £7 with the intention of tidying it up. 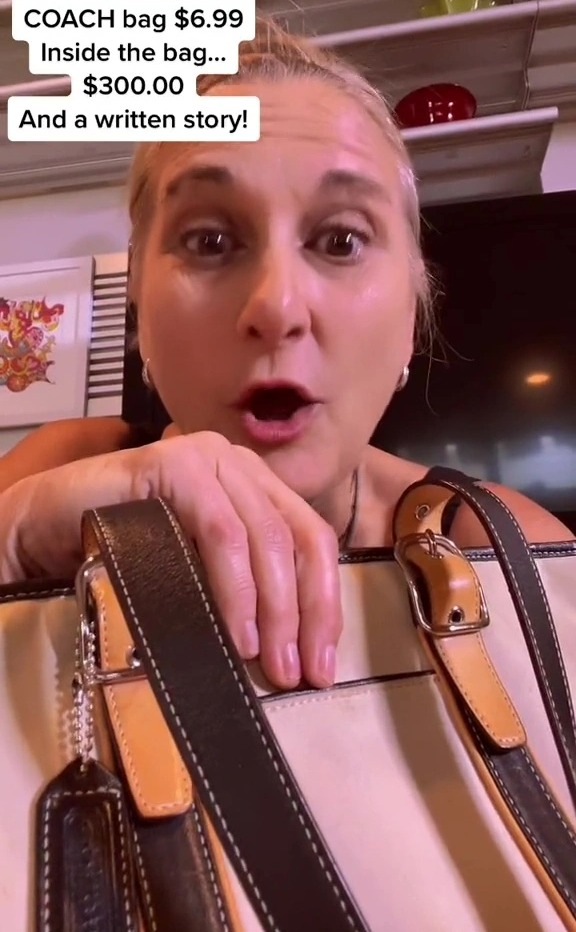 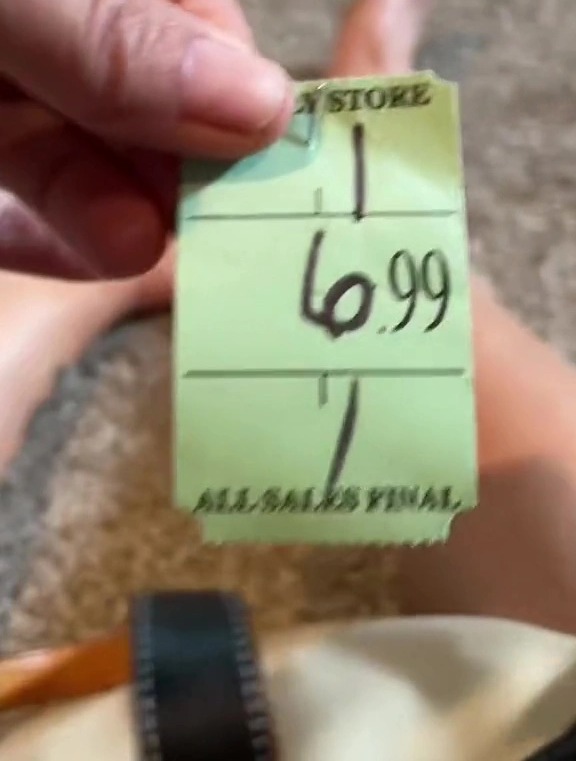 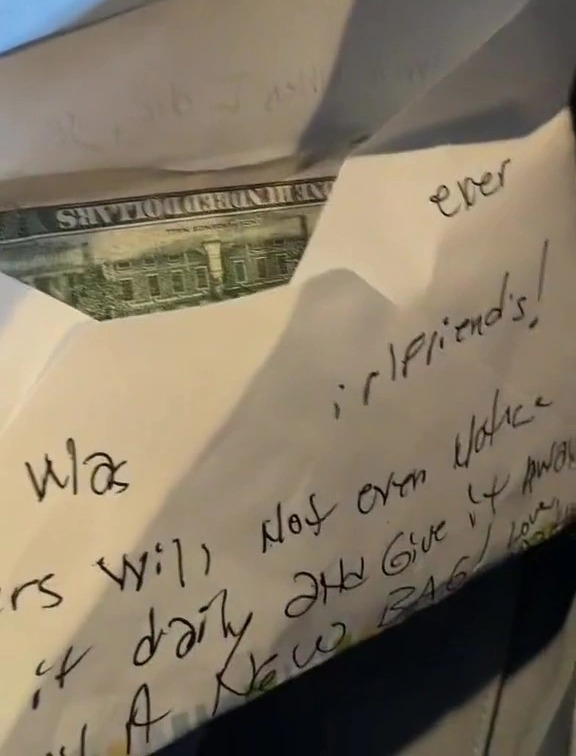 During the cleaning process she lifted up the bottom lining and realised there was something underneath.

She said: "I thought I could clean [the bag] up, so I start working on trying to take this flap out at the bottom of a purse, and there is an envelope with money."

Along with the cash was a note from the bag's former owner explaining why it was left there.

The note: “I have three children, they will give my things to Goodwill when I die so I am putting their inheritance inside all my favourite things. 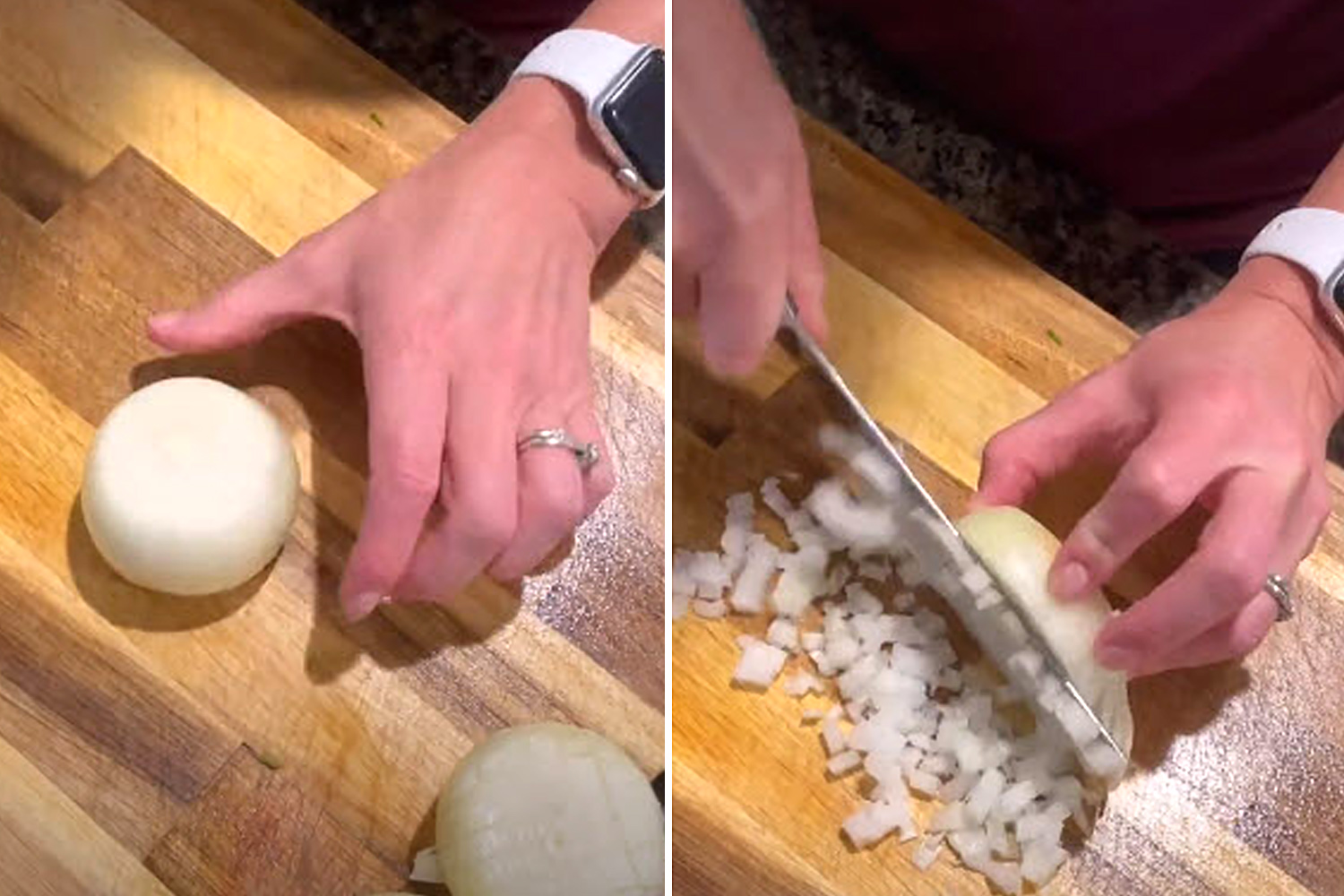 "This Coach bag was given to me year's ago by my husband's girlfriend.

“Well actually, I came home early from a visit to my parents’ house in Connecticut. She must have left quickly because she forgot her bag and shoes.

"I carried this bag every day, I wonder if my husband ever knew this was his girlfriend's.

"I carried it daily, and I am giving it away because my kids don’t want it. So go buy yourself a new bag.”

The note was signed: "Love Martha."

More than 12 million people have watched the clip on the woman's page @marthainfused, which garnered over 24,500 comments.

Viewers praised the clip, with many intrigued by the remarkable story.

One person said: "Can we find Martha and she can adopt us?"

Another wrote: "As someone who loves thrifting, deals, and good tea- this is the ultimate win."

Someone else said: "Omg this is the best thrift find of all time! ALL TIME.

"A follower said the same thing had happened to them once and they found $50 in a Prada wallet in an estate."

It comes as London-based beauty fan, Sevanah, took to TikTok to show off her Shein jewellery haul and it’s left everyone open-mouthed.

The fashionista has 58.8k followers and 2.5million likes on the video sharing platform and uploaded the video to her account ‘sevanahhhh’, with the caption ‘super cute super vibes’.

In the video, we see Sevanah showing off her new bargain items – she got five cute jewellery items, for only £7.